Five romantic spots to steal a kiss in Beaufort

beaufortsc Lowcountry Life, Things To Do 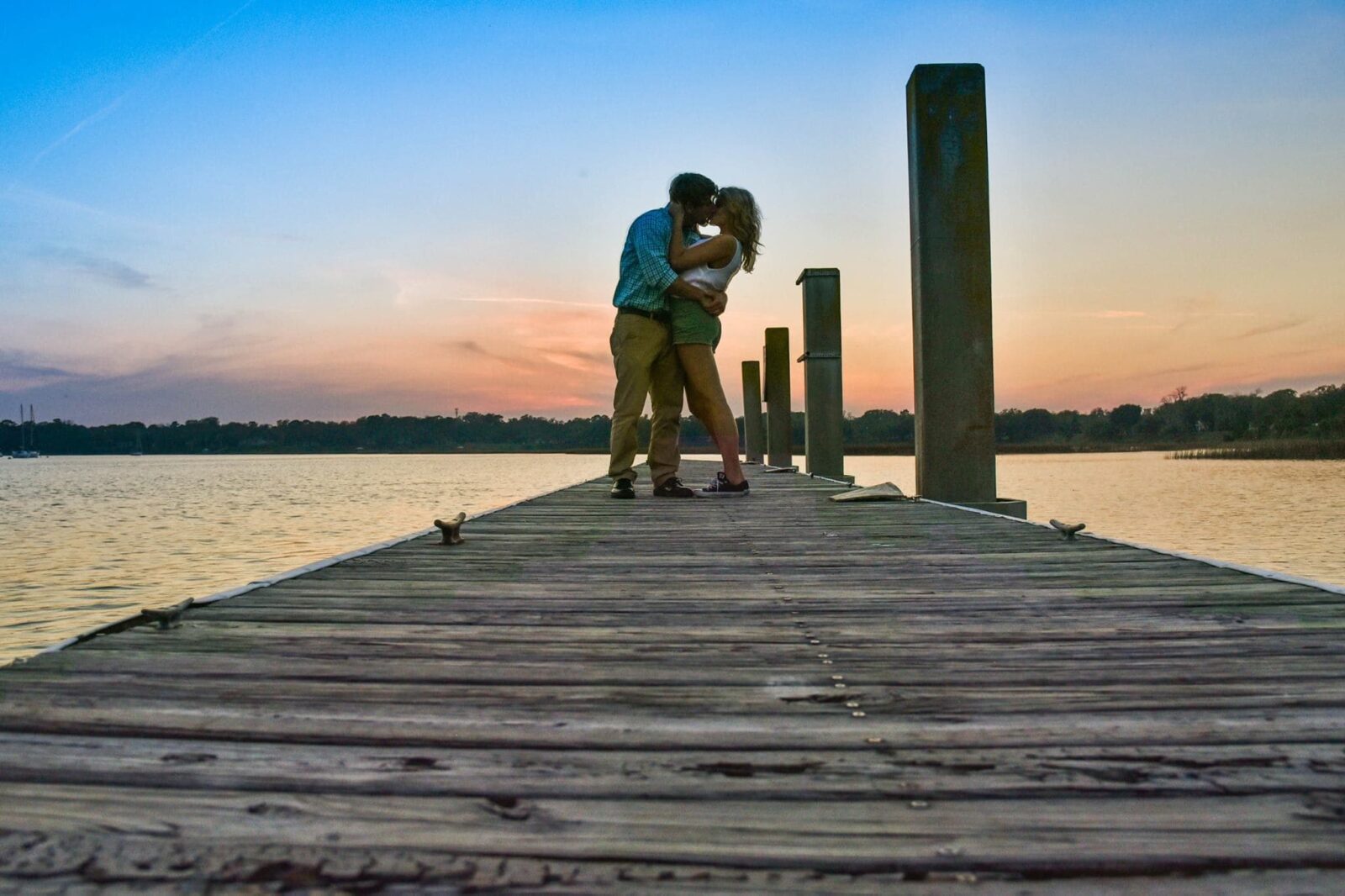 By Jayne Violette | It’s no secret that Beaufort oozes charm 365 days a year. Between the stop-in- your-tracks views from Henry C. Chambers Waterfront Park, the tantalizing sea-salty scents emanating from the Port Royal Sound, and the bounty of beauty down Bay Street, there is no shortage of romantic sights, sounds, and sensations in the second oldest city in South Carolina.

But we’ve discovered a few special spots where cuddling closer to your loved one is especially sweet.

After dinner and craft cocktails at The Old Bull Tavern on West Street in downtown Beaufort, a hand-in-hand stroll across Woods Memorial Bridge provides a spectacular southwest view of the Downtown Marina and the many restaurants and businesses located adjacent to the Henry C. Chambers Waterfront park. Turn around and look north to see the original seawall surrounding The Old Point neighborhood and, further out, the Lady’s Island Marina and Factory Creek. Stroll back towards town, hang a right, and
you’ll find yourself at the Stephen Elliott Park, known as Cannon Park by the locals, where you can snuggle next to each other on one of the park benches overlooking the Beaufort River.

A short cruise to Hunting Island State Park’s marsh boardwalk at sunset is simultaneously serene and spectacular. A quiet place, the marsh boardwalk offers lush views of the marsh tidal flats resplendent with wildlife like the great blue heron, snowy egret, dolphin, and the occasional bald eagle. While out that way, you and your honey can climb the spiraling 167 steps to the top of the nearby Hunting Island Lighthouse for a 360-degree birds-eye view of the ocean and surrounding natural beauty and, of course,
a memorable kiss at the peak of South Carolina’s only lighthouse open to the public.

It might sound a bit strange to you, but we think the solitude of the historic Parish Church of Saint Helena cemetery located downtown on Newcastle Street is a lovely place to sneak some smooches. Try it! Where else can you stand under towering live oak dripping with Spanish moss in the moonlight, knowing you are surrounded by two British officers that fought  at the Battle of Gray’s Hill in 1779 during the American Revolution, several distinguished military leaders and Congressmen, and 17 ministers of the gospel, all shadowed by the towering alabaster steeple of one of the oldest active churches in America.

The majestic moss-draped live oaks on the bluff along Bay Street will take your breath away if your honey’s kisses don’t. Locals and visitors from around the globe can be found meandering through the trees, most of which are hundreds of years old, snapping pictures of the bay and gazing at some of Beaufort’s most famous historic homes including the Thomas Fuller House, the Cuthbert House, and the Anchorage. It’s hard to imagine this serene street has borne witness to some of America’s most intriguing history, including Union Army occupation during the Civil War and several devastating hurricanes. We discovered this swing at the bottom of the bluff, a perfect spot for photos and a kiss or
two…or five.

Finally, there is no better end to any romantic evening in Beaufort than to sit side-by- side on one of the pleasantly squeaky swings at the edge of the Henry C. Chambers Waterfront Park. The park is softly-lit every evening and usually a hub of activity, but if you want some peace and privacy, take a slow stroll along the seawall toward the Downtown Marina, where the swing sets are situated in a darker corner beyond most of the shops and restaurants. There, if you time it just right, the two of you can enjoy a perfect moment…another perfect kiss…and a perfect sunset against the silhouette of the sailboats and reflections of pink, orange, and yellow on the rippling water. 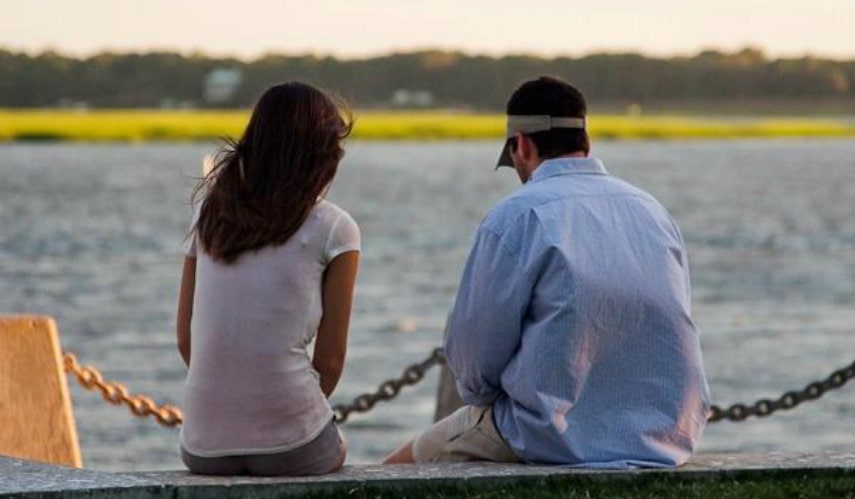 What’s your favorite romantic spot in Beaufort? There are so many to choose from.