Gather your wishes, look up at the Beaufort sky this weekend

The Orionid meteor shower in 2012 will be at its best this weekend, on the mornings of Saturday, October 20th and Sunday, October 21st, with it’s peak in the wee-early hours of Sunday morning.  Beaufort should have a good view of the meteor show.

This is an annual event, however 2012’s will prove to be even more spectacular than usual. The Orionids were created from the famous Halley’s Comet, and should deliver a very impressive show this year according to experts. This happens every year as the 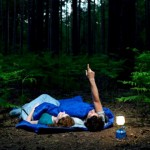 Earth speeds through the dusty debris left behind by Halley’s Comet on its orbit around the Sun. Halley’s Comet itself will not return until 2061. It just recently visited the Earth in 1986, and it takes about 75 years for the comet to return. Halley’s Comet is easily visible with the naked eye. It’s one of the brightest comets seen in recorded history.

Shooting star is a common name for the visible path of a meteoroid as it enters the atmosphere and becomes a meteor. Watch for the Orionids or shooting stars, between midnight and dawn, as those are predicted to be peak times. You can expect to see dozens of meteors per hour during the peak hours. The best time to see them is going to be on Sunday a few hours pre-dawn.

So wake up early or go to bed late, which ever you prefer, but don’t forget to gather up those wishes. It should end up being a beautiful light show in the sky. Grab a blanket, or some chairs and make an event of it. Beaufort has plenty of open sky to gaze at.  From our open spaces and our many docks, find the perfect spot.