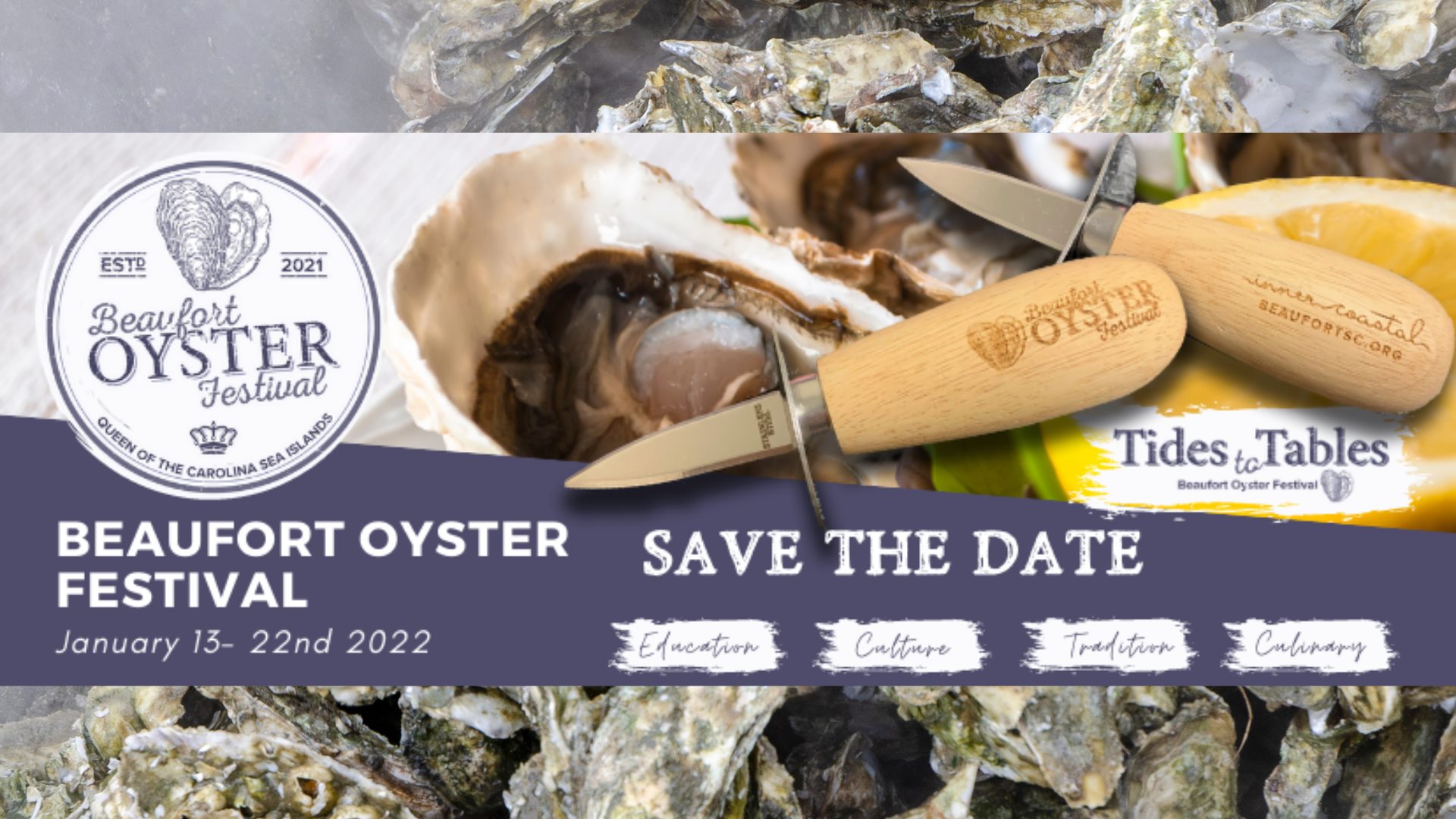 Save the Date for the Beaufort Oyster Festival – January 21st and 22nd in Downtown Beaufort at the Henry C. Chambers Waterfront Park.

About this event
Join us for the 2nd Annual Beaufort Oyster Festival – Queen of the Carolina Sea Islands as a Heritage Event for Greater Beaufort.

Conceived and hosted by the Beaufort Area Hospitality Association, the Beaufort Oyster Festival will celebrate all aspects of our Lowcountry and Carolina Sea Islands oystering culture and agri-tourism economy from historical, to architectural, ecological, agricultural, culinary, artisan, and more.

The full event is conceived as an 10-day festival week coinciding with Tides to Tables in conjunction with South Carolina Restaurant Week and culminating in a festival weekend at Henry C. Chambers Waterfront Park in Downtown Beaufort. Area businesses, agri-tourism and eco-cultural businesses, agencies and non-profits will be invited to participate in the event throughout the week in educational, artisan and oystering programs and demonstrations.

Outdoor displays will be set up all day long! Bring the family downtown to shop and play the OYSTER FESTIVAL SCAVENGER HUNT. Find the many Oyster’s located in downtown to win some fantastic prizes!

TRADITION: The way the locals do it!

Join us for the first evening at the Beaufort Oyster Festival in downtown Beaufort!

TRADITION: The way the locals do it!

Join us for day 2 at the Beaufort Oyster Festival in downtown Beaufort!

*For more information visit us at www.bftoysterfestival.com

*Schedule subject to change. We will be adding more information and specific vendors daily.

NO PETS (unless service animal)

Short Sleeve & Long Sleeve T-Shirts available for purchase, but are limited in some colors due to supply chain issues. Short Sleeve – $15 and Long Sleeve $25. Shuckers are $10 and Koozies are $3