Since it’s chartering in 1711, residents and visitors alike have found it difficult to leave Beaufort’s beauty and charm behind.

The following tales from throughout the Beaufort area let us know that some of our earliest neighbors never have. 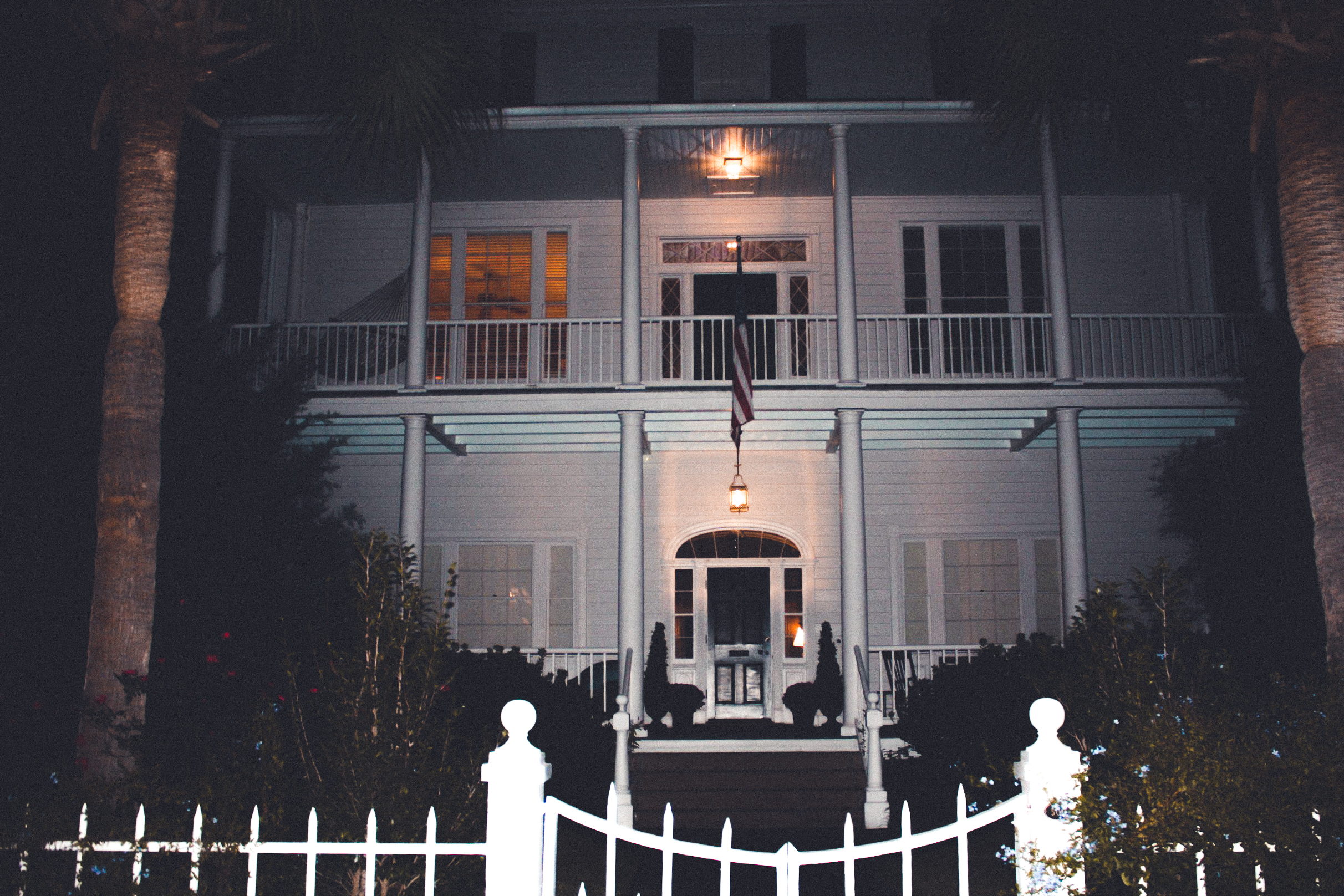 The Wigg-Barnwell home was built in 1816 and sat on the corner of Prince and Scott Streets in downtown Beaufort. In 1973 the home was moved to its current location at 501 King Street, in The Point. The home was used as Hospital #4 by the Union during the CivilWar. After the Civil War the home was used as a school and then apartment homes. Sometime during the 1900’s a woman was brutally murdered in an apartment of the house. Her spirit has haunted the home in many ways. She was known as an unwelcoming spirit.

This is maybe one of the most frightening of all the ghost stories in Beaufort. Her brutal and untimely death left a darkness in the home that was so strong that when the home was moved her spirit is said to have went with it.  There have been reports of loud banging and cold spots throughout the home. The Wigg-Barnwell house has since undergone new ownership and renovations, one thing remains, the spirit of the murdered woman who was not ready to leave this world.  This remains an unsolved murder and it is believed that her spirit will haunt the home until her murder is solved.  If it ever is…

The Old Sheldon Church Ruins, located in Yemassee, along Old Sheldon Church Road, was originally known as Prince William’s Parish Church. The church was built between 1745 and 1753. History claims Prince William’s Parish Church was burned by the British in 1779 during the Revolutionary War. In 1826 it was rebuilt and later burnt by William Tecumseh Sherman, in 1865. However another account more recently states that the church was not burnt at all. In a letter dated February 3, 1866, Miton Leverett wrote that “Sheldon Church not burnt. Just torn up in the inside, but can be repaired.” The inside of the church was apparently gutted to reuse materials in rebuilding the homes burnt by Sherman’s army.

The ruins are surrounded by old majestic, spanish moss filled Oaks. Graves are scattered throughout the grounds. The question still remains, are these grounds haunted?  The most well-known tale features a woman dressed in a simple brown dress, perhaps Pilgrim style, standing over an infant’s grave. A feeling of sorrow reportedly comes over visitors who walk near the child’s tombstone. There have been other accounts of ‘strange’ activities, such as heavy footsteps being heard, and flashing lights in the area that are unexplained.

At the Marine Corps Recruit Depot, many reports of apparitions and strange happenings have been made. Many have also reported hearing unexplainable moaning sounds and tapping noises throughout the barracks and buildings on base. Some of the other common reports at PI include, doors on bathroom stalls flying open and then slamming shut for no reason, water faucets turning on full blast on their own and toilets flushing by themselves. While not officially confirmed to be ‘haunted’ these are some scary tales and makes us wonder, is the supernatural at work on Parris Island?

The Ghost Lovers of Fripp Island

In the late 1600s Blackbeard started his maritime career as a privateer for Queen Anne. Seeing how profitable resale of pilfered goods could be, he braided coils of freshly burned rope into his long beard and hair and set off to terrorize the West Indies. After years of successful plundering, the pirate headed back to his second home near Ocracoke Inlet on North Carolina’s Outer Coast.

When rumor reached Blackbeard and his crew that several wealthy and important Charleston folks were about to set sail for England on the “Crowley,” the pirates sailed south to overtake the ship and extort needed supplies. Ransom was so quickly delivered that the passengers’ lives were spared. But just as the ”Crowley” prepared to set sail from Charleston Harbor, Blackbeard fled with a particularly beautiful young lady and headed for Fripp Island while her fiancé followed after in hot pursuit.

During the journey to the island, the girl adamantly resisted the pirate’s advances and repeatedly declared that her love for her fiancé and stated that he was the only man for her. Blackbeard, being a swashbuckler who didn’t handle rejection well, finally had had enough and in an ultimate fit of rage killed the girl’s lover, he slashed off his hand, and threw the severed limb at her. The hysterical girl fled screaming and ran across the sand into the heavy surf to drown. Legend states that on clear nights during a full moon the ghosts of those two lovers can be seen reunited and walking hand in hand on that very beach.