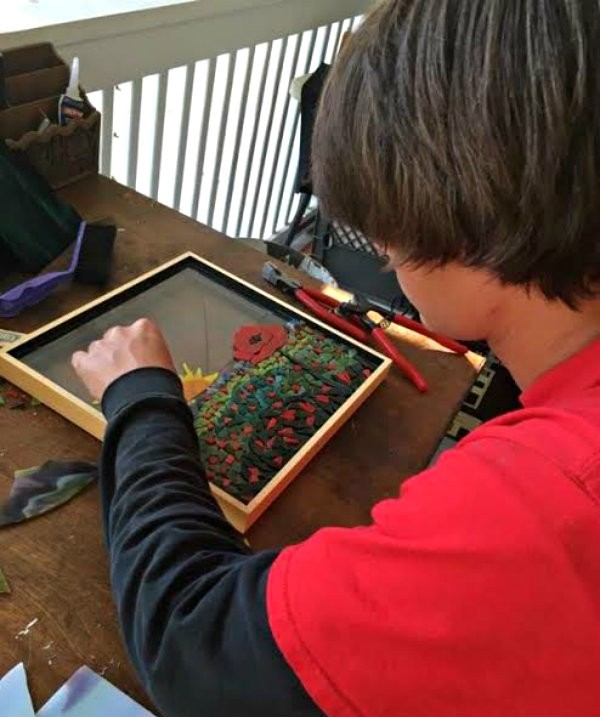 By Kim Sullivan | At the ripe old age of 20, visual artist Skyler Sullivan is hitting the Beaufort arts scene with an opening solo show on November 4th at Beaufort River Glass. Sullivan finds inspiration for his mosaics from the beautiful Lowcountry, and illustrates this through his creative use of colors, textures , and movement using stained glass. Based on the repurposed window designs from his most recent works, one may expect Sullivan to be a veteran artist, working in the glass medium for some time.

Which is why most seem surprised to meet this 20 year old who will tell you he creates in glass because he feels it is an escape for him.

Skyler Sullivan admits he enjoys the long process of creating the stained glass mosaics which require sketching out thumbnail ideas all the way to cutting and securing thousands of individually cut pieces of glass. Creating the final effect of a unified piece comprised of textures, brilliant color, and fantastical design elements illustrating movement and mood. 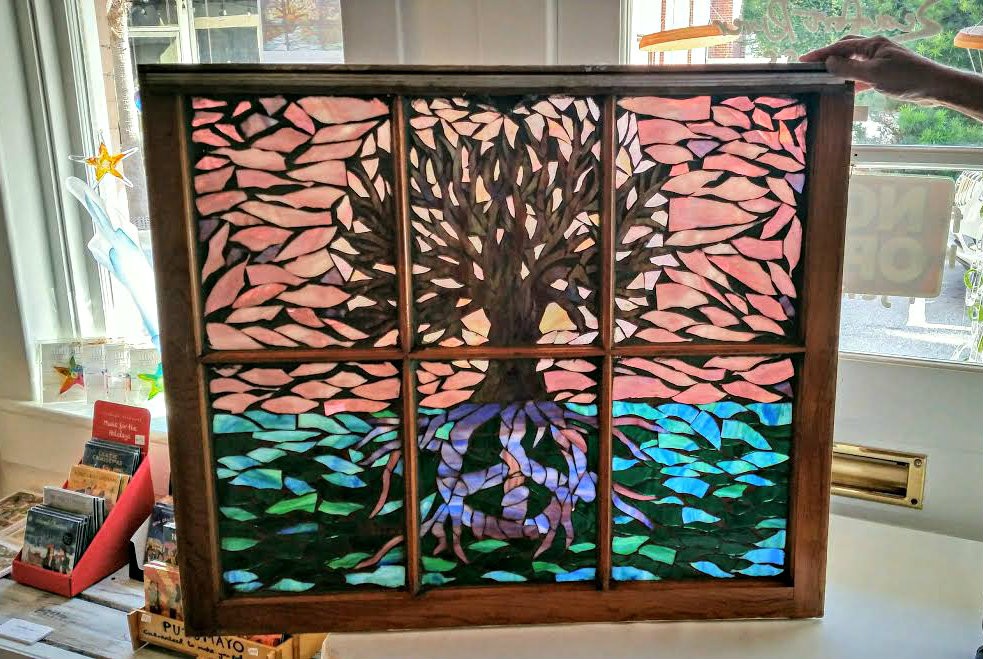 I have some insight to this artist and his background. I have been blessed to watch him grow as an artist as I have watched him grow into a wonderful young man.

A kid who was at my art studio or classroom creating almost daily in clay, paints, and any drawing medium he could find. I watched as he displayed his first piece of art, a 3D mask in his first exhibit at age 3, his awards from SC Jr Duck Stamp scholarship competition, and various school and community exhibits as he pursued his interests in visual art all throughout his years in school. It was during his internship and job with a local glass jewelry artist in high school that he began to work with glass as his preferred medium. I observed his use of drawing skill to cut and assemble pieces like imaginary puzzles and give interesting visual effects. Small projects eventually developed into grander pieces. Late hours. And then one day, just like that you see a piece that significantly is a game changer. Commitment. And you know your child has found something they are passionate about that brings them pure joy.

To see his process is part of the unbelievable…to watch as he sketches out his idea using the most simplified lines. Selecting the colors, textures, and transparencies for the image. And later cutting these into thousands of pieces and arranging them to create the whole. I have seen his mosaics go from great to fantastical, as now he is developing more control with his cuts and use of movement. He has grown in his skill and craftsmanship.

Part of the learning is marketing and SKYglass was born, Sullivan’s own mosaic fine arts work through commissions and local galleries. His work has been exhibited and sold most recently through Beaufort River Glass, RED Piano II, SALT Gallery and Beaufort Arts Council. 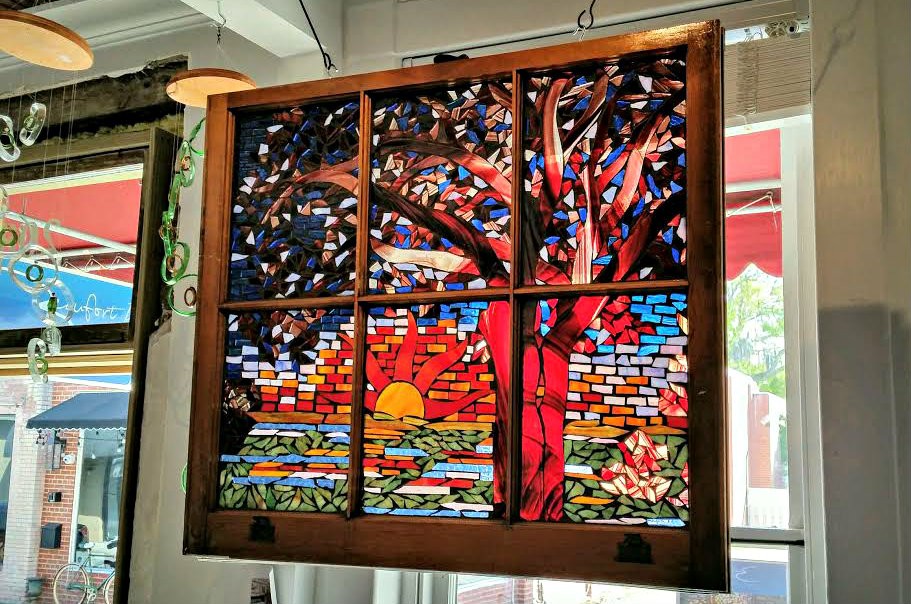 Curator of the show Megan Wilson says, “By creating this imagery in windows, it is as if he manipulates reality into something more fantastic. The window acts as an escape to an awe-inspiring view of nature amplified by light, color, and abstracts forms to help capture his own view of the world.”

Opening reception for “Natures Escape” will be during downtown Beaufort’s monthly First Friday event on November 4th, from 5-8pm and his work will remain on exhibit through the month of November at Beaufort River Glass. 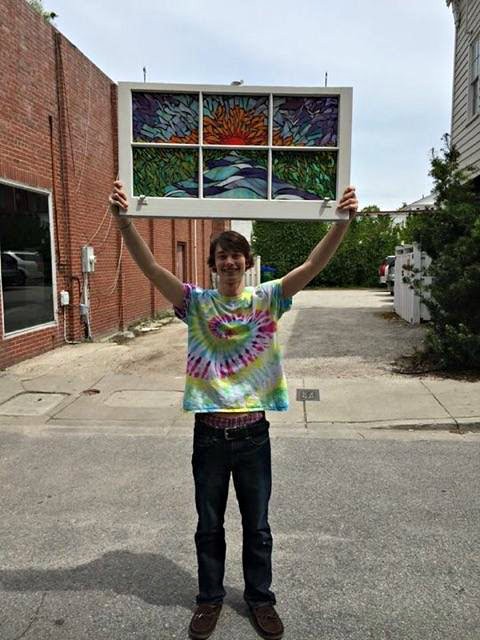