By Libby Ricardo | The 9th Annual Beaufort International Film Festival Opening Night Reception was held in style up in the rooftop at Old Bay Marketplace on Wednesday night, with hundreds of film fans walking the red carpet and ascending the stairs to the year’s most anticipated event.

Rebecca Tucker, half of the dynamic duo who orchestrated the festival, greeted film makers, sponsors, media and, of course, devoted fans as they arrived.  Looking lovely in a black cocktail dress, she was quick to say she was overwhelmed by the immense support of the community.

The event began at 6pm and while it was set to wrap at 8pm, many of the community lingered to discuss the anticipation of the next few days of screenings.

The most reputable restaurants in Beaufort were entrusted with the evening’s fare.  Patrons meandered the open space, enticed by not only delicious food and beverage but also the chance to mingle with the many film makers who had made the journey for the festival.

When Ron Tucker addressed the enthusiastic crowd, he announced that this festival boasted the most film makers ever to be in attendance.  He predicted over 70 would be coming to town for the festivities.

Mayor Billy Keyserling noted that the population of Beaufort had surely doubled due to the festivities.  He was quick to welcome all film makers and encourage them to consider Beaufort as a back drop for future projects.

A pair of ambitious film makers will do just that this fall.  Gary Weeks and VW Scheich, both BIFF alums, will co-direct a feature film set in Beaufort.  They happily made their announcement at the opening ceremony.  ‘Basement Bob’ will be the first feature filmed in Beaufort, South Carolina in fifteen years.  For more information, visit basementbobthemovie.com.

If you missed the Opening Night, fear not.  There is a weekend full of events ahead.  Film screening will begin at 9am tomorrow and will run through Saturday afternoon.  On Saturday, the awards ceremony will begin at 7pm with atress Andie MacDowell set to receive the Spirit of South Carolina Award, which will be presented by Pat Conroy.

So if you and your sweetheart enjoy films, Beaufort, or simply the delicious offerings of Debbi Covington (and champagne), consider purchasing tickets for a starstruck Saturday evening.  For more information on the festival and this weekend’s schedule, visit beaufortfilmfestival.com.

This year truly promises to be the best yet.

For over 100 fun photos of the Opening Night Reception, visit our Photo Gallery here. 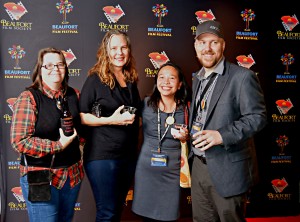 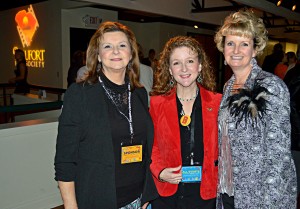 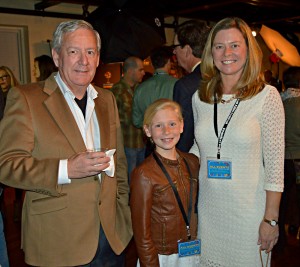 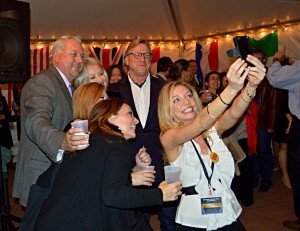