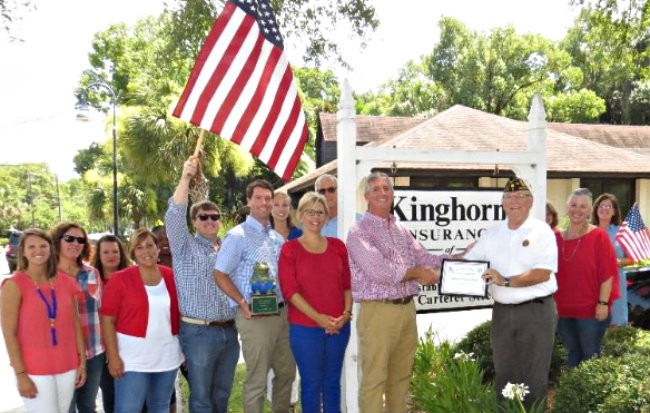 People always seem to find a way to do something for others here in Beaufort. The Beaufort American Legion Post #9 is rewarding local businesses by presenting them with certificates in efforts to call attention to and thank them for proudly display the nation’s flag.

Since last summer, Post Commander Chuck Luray has been personally local business owners with certificates of recognition for flying the flags which helps the area show it’s patriotism.

The Post adopted the practice in August 2016 and has visited a total of 37 local businesses to present their citations. They have been in most areas north of Broad River, including Beaufort, Lady’s Island, St. Helena Island and Port Royal.  Any locally owned business north of the Broad which proudly displays the American flag can contact Post 9 to let them know they are joining the party.

The business representatives are photographed in front of their flags with Chuck presenting them their certificate and the photos are circulated locally by the American Legion.

“We wanted to honor those local businesses who display their patriotism by flying the U.S. flag in front of their establishments,” Chuck said. “We hope to encourage other businesses to do the same and perhaps one day the Beaufort area will be the City of American Flags.”

Expect to see it continue. There are a lot of flags out there. Beaufort is a very patriotic town. Many of it’s business owners have served in the military and are very proud of their background and their Country.

Thanks to the folks at American Legion Post #9 for taking notice. 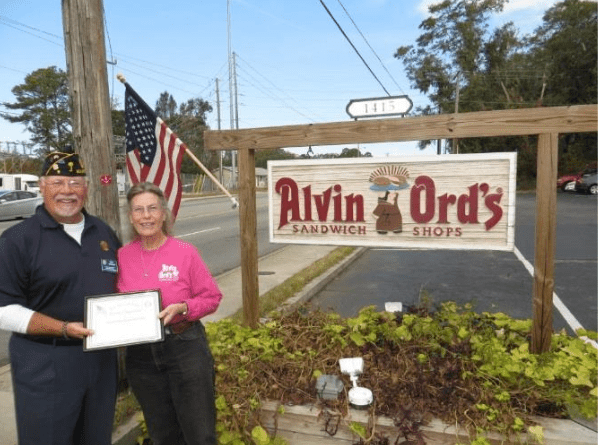 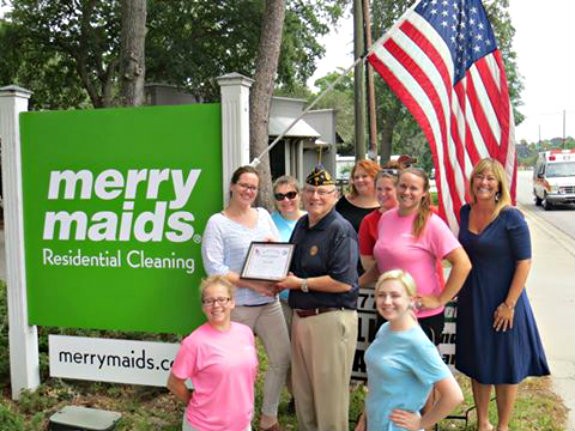 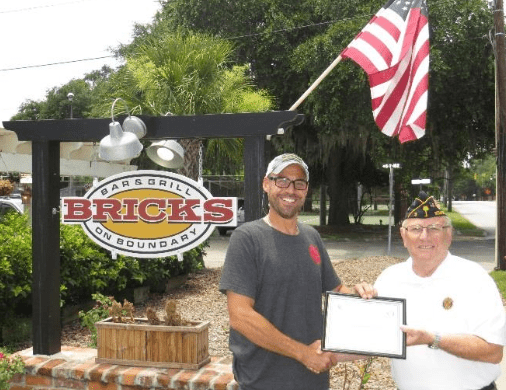