Also on hand were plenty of volunteers manning tables with family eco-activities from Yoga Chandra Center, Friends of Hunting Island, 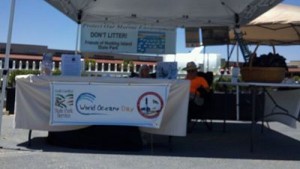 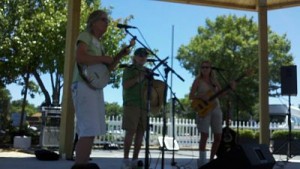 Attendees were treated to a morning yoga session with the Yoga Chandra Center, educational talks about area wildlife, storytelling, and some great live acoustic music from The Rose Family Band outside under the newly finished gazebo.

World Oceans Day is an opportunity every year to honor the world’s oceans, celebrate the products the ocean provides such as seafood as well as marine life itself for aquariums, pets, and also a time to appreciate its own intrinsic value. The ocean also provides sea-lanes for international trade. Global pollution and over-consumption of fish have resulted in drastically dwindling population of the majority of species.

The Ocean Project, working in partnership with the World Ocean Network, has been promoting WOD since 2003 with its network of over 1,600 organizations and others throughout the world. These groups have been working to build greater awareness of the crucial role of the ocean in our lives and the important ways people can help. World Oceans Day provides an opportunity to get directly involved in protecting our future, through a new mindset and personal and community action and involvement – beach cleanups, educational programs, art contests, film festivals, sustainable seafood events, and other planned activities help to raise consciousness of how our lives depend on the oceans. 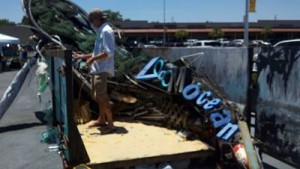