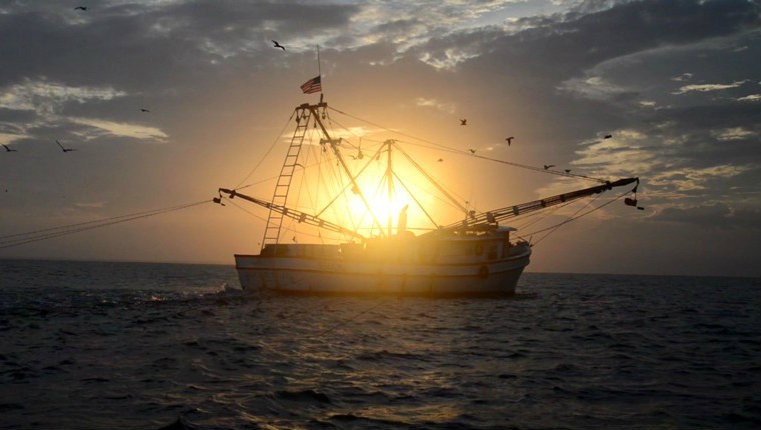 You heard the story of the four local fishermen who were rescued via U.S. Coast Guard helicopter last week, May 24th, after making a distress call when the 80ft trawler ‘Gracie Belle’ owned by the Reaves family suffered lots of damage just off the coast of Beaufort.

Well, the damage to the Gracie Belle was pretty severe, and it’s effecting the Reaves’ Sea Eagle Market’s ability to continue providing local seafood to Beaufort and beyond.

Gracie Belle suffered a broken (snapped) mast and lost one of her outriggers (the boats arm that trawls the water with the nets) in the sudden storm. It will cost upwards of $50,000 to get her back out there.

As the news spread throughout the community, a group of locals stepped in to launch a fundraising effort to help put Gracie Belle back in the water.

You’ve seen her everywhere. At the Beaufort Water Festival (she’s the shrimp boat you tour at the festival). Cruising down the Beaufort River. Showing off her glory during our annual Light Up the Night Holiday Boat Parade.

One that the Reaves family can’t afford to repair and get back out to the ocean to bring home the local seafood we all adore. 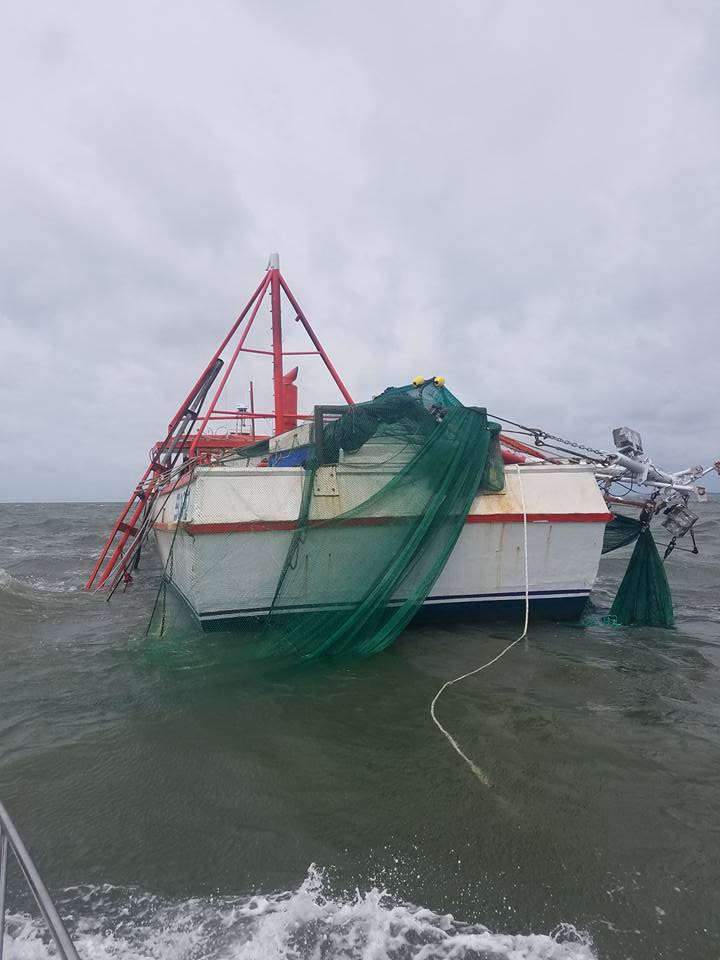 “We have to get her back into the water,” Craig Reaves said. “My ability to tell the story or take pictures cannot begin to really explain what we went through to keep from losing Gracie Belle that day. In my thirty years on the ocean I haven’t seen a day like that one,” he added.

Locals Jodie Miller and Ginger Wareham got together and decided to tell the story. A GoFundMe page has been set up by the two locals to accept donations to help repair the trawler and get her back on the water, where she’s pridefully been for 46 years.

They, as well as the staff here at ESPB, believe this is a chance to give back to the folks who have done so much for our community over the years.

The Reaves family does so much for our community. It was Sea Eagle who volunteered to feed hundreds of linemen from all over the country who came to help out in the aftermath of Hurricane Matthew last fall. And they fed every last one of them a few meals each day for a few weeks. 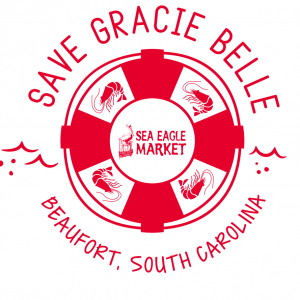 They also donate their time to prepare and serve over a half ton of local shrimp each year for the Beaufort Water Festival’s annual Lowcountry Supper event; host free community dinners at Thanksgiving and Christmastime and donate their time to local festivals for charity shrimp and crab races.

Now they need the community. Now it’s our turn.

Donations are being accepted online at SaveGracieBelle.org, and you can check out the Save Gracie Belle page on Facebook.

Gracie Belle is really the boat’s second name. According to owner Craig Reaves, the 80 foot shrimp boat was built at Holden Beach, NC (where the Reaves family is from) in 1973 and named ‘Backman Elizabeth’ after its original owner’s family member.

According to Craig, “the Backman family are legends in the seafood industry with a fleet of five vessels in the glory days of the industry; but as with so many others the late 90’s and early 2000’s  the days turned very difficult and the whole seafood industry struggled to keep their businesses and boats going.”

“In 2000, my father, Laten Reaves received a call from Mr. Junior Backman asking for help with the Backman Elizabeth which had sunk at the dock after it’s captain had gotten it aground on Opening Day of the 2000 shrimp season and then brought it to the dock where it sank overnight. Mr. Backman and his crew tried to raise the boat for three weeks to no avail.”

“After the phone call Dad assembled a crew consisting of himself, nephew Jeff Gunther and I to help the Backman’s get the boat floating again. It was a daunting task, but the crew was able to patch and repair the boat and got it floating again within 7 low water tides.”

The boat had been sunk for 21 days total.

“After resurrecting the boat from the bottom of the river, Dad bought the boat and re-named her, “Gracie Belle” after my grandmothers Gracie Reaves, and Ina Belle Fulford. We restored Gracie Belle to working condition just in time for the 45th Annual Beaufort Water festival.”

And, wouldn’t it be great to see it fixed again in time for the planned free tours at the upcoming 62nd Annual Water Festival? 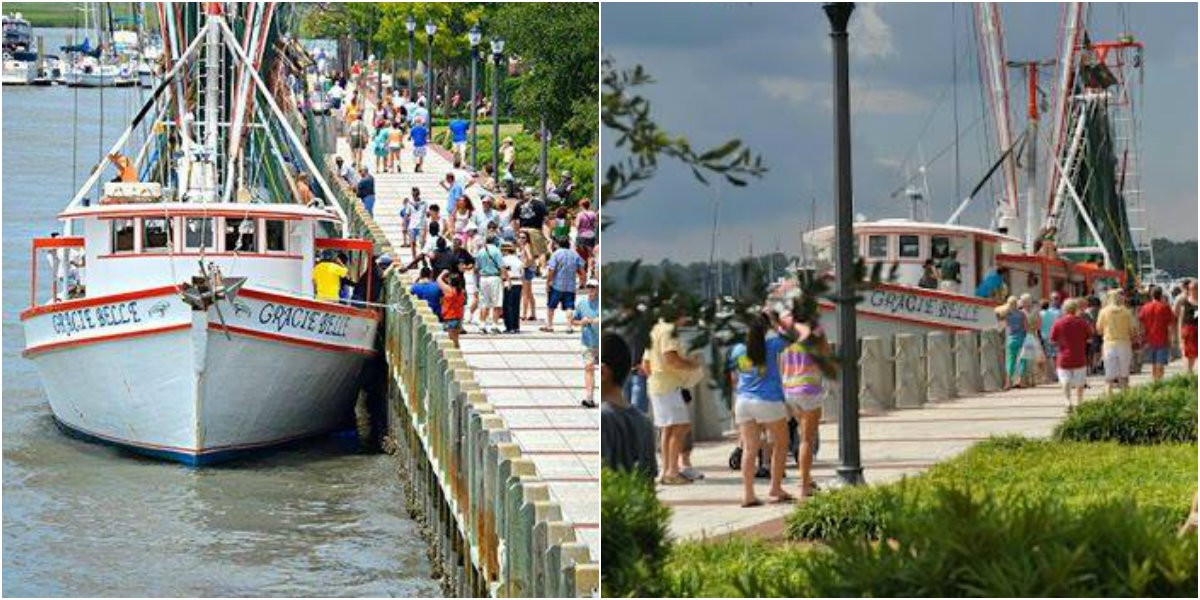 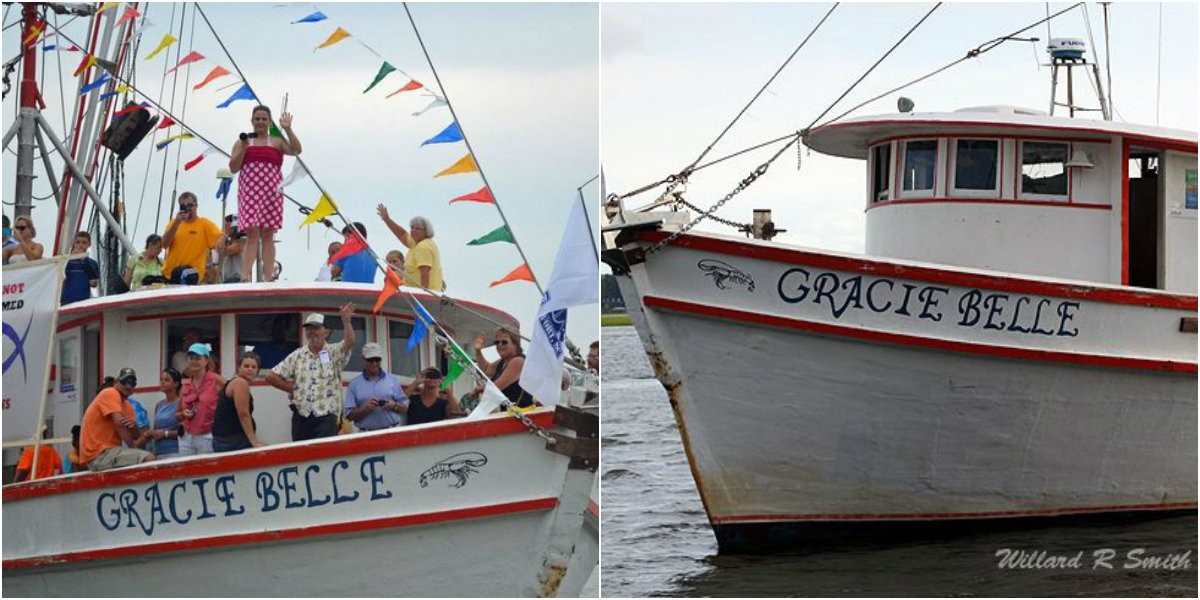