Each of these items could be clues to solving one of the mysteries inside Beaufort’s new escape room, Every Second Counts (ESC) which has several different escape rooms each with a different theme.

The latest gaming craze has officially hit Beaufort with the fun new spot opening up back on September 20th on Sams Point Way on Lady’s Island (next to Grayco Building Center).  Every Second Counts offers several different specially designed and set-up rooms to enjoy including Blackbeard Returns at 1710 Tavern (a play on Beaufort history with the old spot on Bay Street), another themed Da Vinci Code Secret and an impressively blacklight paint-decorated Area 51.

The creative idea came from owners Rovena and Maurice Benjamin of Lady’s Island along with partner Raul Rodriguez. “Maurice and I have always been in the entertainment business one way or another and we thought this would be a fun idea,” Rovena said. “We wanted to bring something fun and entertaining to the Beaufort community that everyone could enjoy.”

Part game, part theatre, part team-building exercise, escape rooms have cropped up across South Carolina and the rest of the country in the past few years as the trend gains traction among mystery and riddle enthusiasts. The concept behind an escape room is simple, but in practice, they can be challenging to solve.

“An escape room works much like a real-life video game. You and your friends, co-workers or families will have sixty minutes to escape your adventure by cracking codes, finding clues and solving riddles and puzzles to escape the game on time. It’s a positive experience because of the collaboration and team building required to do it in a group,” she said adding that she promises it will take a boat load of teamwork to escape.

Most escape rooms use generic layouts and puzzles, but these folks went all-in. We toured the rooms and we’re very impressed with the intricacy in the construction. Every Second Counts’ rooms are completely built and thought up by the Benjamins and Rodriguez. “It takes awhile to put one together, from thought through construction, and we’re having fun doing it,” she added.

“We’re also opening rooms including Grandpa Jack’s Attic and Criminally Insane Asylum. We’ll have a room for children called Sweet Escape opening shortly. Kids need to have fun and be challenged and they’ll love it.”

A huge grand opening celebration is being planned for November 4th complete with giveaways and door prizes, bounce houses, a pig roast, a money machine, a DJ, mini escapes and lots more.

Every Second Counts is open Sunday, Tuesday, Wednesday and Thursday from 10am to 9pm and on Friday and Saturday from 10am to 10pm. Visit their website for more information.

“Come by and see us,” Rovena says. “It’ll be the fastest sixty minutes of your life.”

Go over to our ESPB Facebook page and enter to win one of two keys to enjoy the new Every Second Counts escape room for free: 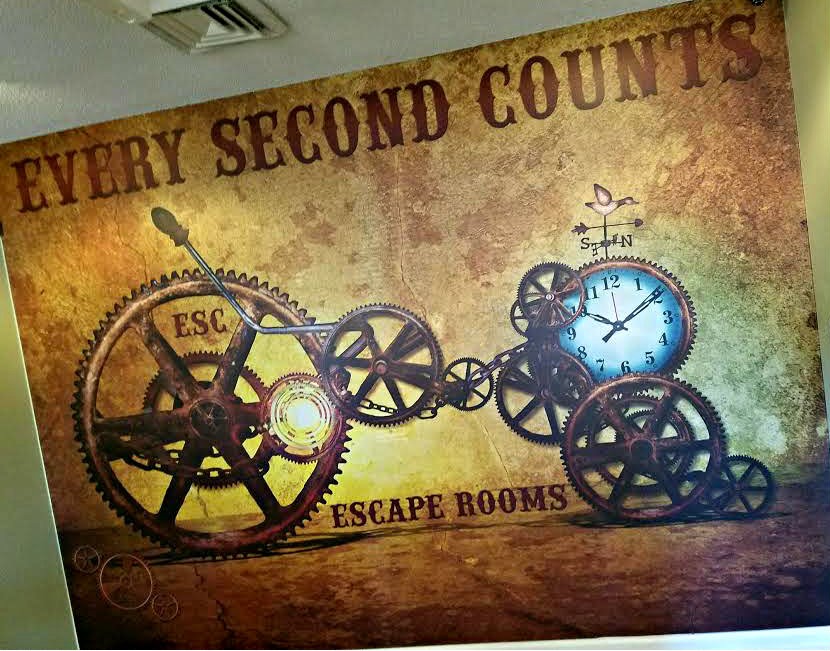