C.J. Cummings, our much talked about local 14-year-old phenom from right here in Beaufort, stunned a national weightlifting audience once again by breaking one of USA Weightlifting’s oldest records. A record that has stood for over 12 years.

In his third attempt on Saturday at the U.S. National Weightlifting Championship in Salt Lake City, Utah, C.J. broke the American men’s clean-and-jerk 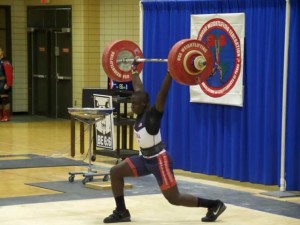 No lifter his age has ever broken a national record in the history of USA Weightlifting. In fact, C.J. has broken nearly every weightlifting record he has ever encountered and has officially been declared the strongest male his age in the world, by international weightlifting officials. Simply put by one observer, C.J. has no peers —  nationally or internationally.

In fact, it’s reported that scientists as well as officials from the sport are completely baffled as to why C.J. can do the phenomenal things he can do with his strength.

Here’s a series of photographs going through his record-setting lift. 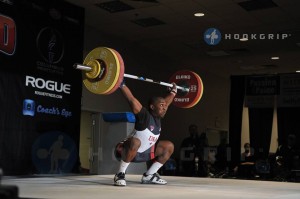