Another concert is coming to Marine Corps Air Station Beaufort.  No, it’s not LL Cool J.  This time around the folks at MCCS are bringing in the Off the Beaten Path Tour with country stars Justin Moore, Randy Houser and Josh Thompson on April 12, 2014 aboard MCAS Beaufort. 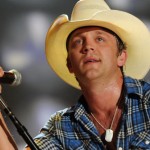 has charted eight times on the Hot Country Songs charts, including the number one hits “Small Town USA”, “If Heaven Wasn’t So Far Away”, and “Til My Last Day”, and the top 10 hits “Backwoods” and “Point at You”. 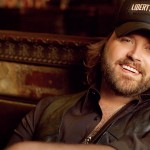 Randy Houser charted the single “Anything Goes”. It was a Top 20 hit on the Billboard country singles chart and the title track to his debut album of the same name, which also produced his first Top 10 hit, “Boots On”. His second album, They Call Me Cadillac, included the #31 single “Whistlin’ Dixie”. In 2012, he reached Number One with “How Country Feels”, the title track to his third album, and with “Runnin’ Outta Moonlight” in 2013. He co-wrote the singles “Honky Tonk Badonkadonk” by Trace Adkins, “Back That Thing Up” by Justin Moore, and “My Cowboy” by country-pop artist Jessie James.

Josh Thompson released his debut album Way Out Here in January 2010. The album has produced three top 40 hits for him on 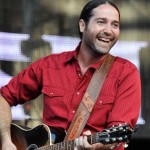 the charts: “Beer on the Table”, “Way Out Here” and “Won’t Be Lonely Long”. In 2013, Thompson released “Cold Beer with Your Name on It” via Show Dog-Universal Music.

Details
Doors are scheduled to open at 5:00 p.m. and the concert begins at 6:00 p.m. The concert is open to the general public. Admission for the general public is $30 in advance and $35 the day of the concert. Special pricing is available exclusively through ITT/All Points Travel for NAF/DoD Employees, Military Retirees, Active Duty Military and their families.  Tickets go on sale February 21, 2014. Please visit http://www.mccs-sc.com/concert to purchase tickets or for further details.