Lowcountry residents are urged to contact South Carolina’s Congressional delegation to encourage a bi-partisan solution to the dismantling of America’s military by the “poison pill” of sequestration, Beaufort County Council and the Beaufort Regional Chamber of Commerce Military Enhancement Committee agree. 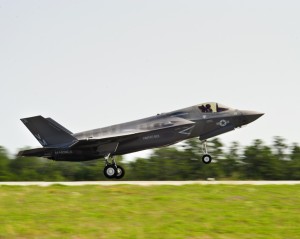 As a result of the failure of the Super Committee to reach agreement on budget reduction measures, the Congress enacted a “sequestration” process to begin Jan. 1, 2013 which will cut approximately $600 billion from the Department of Defense over the next 10 years – on top of the agreed-to Defense Department reduction of about $500 billion.  “Worse still, the sequestration cuts are across-the-board, affecting every element of the military”, said Col. Jack Snider, vice-chairman of the Military Enhancement Committee, a former F/A-18 pilot and commanding officer of Marine Corps Air Station Beaufort.  “The answer to all this is for we the people to make our members of Congress do the right thing,” he said. “They need to work this out, they need to find a solution that uses a surgeon’s scalpel to reduce spending in a precise and appropriate manner. Sequestration is using a bomb that damages everything, and Beaufort’s three military installations would be heavily damaged.”

The resolution adopted Monday by Beaufort County Council asks “that a clear message be sent to the House and Senate Armed Services Committees, to all members of Congress, to all members of the South Carolina House and Senate and to the Governor of South Carolina that immediate action is hereby demanded to avoid sequestration and urge that a solution be found so that America can continue to protect itself and its interests.“Further,” the resolution states, “this Council encourages its residents to contact the members South Carolina’s Congressional and State Delegations as well as all members of the House and Senate Armed Services Committee by calling, writing letters, and emailing these representatives to make it clear that we are united with one clear voice that sequestration is wrong for America.”

U.S. Sen. Lindsey Graham, R-SC, visited Beaufort last month to encourage opposition to sequestration because of its meat-cleaver approach to reducing military spending. Beaufort leaders have met in recent days to craft a strategy to galvanize support for a continued strong military – one that reduces spending in a controlled and precise manner.  “We understand austerity, we understand not spending what we don’t have,” Col. Snider said. “We also understand that in today’s global environment, and with future threats anticipated around the world, that it is critical that America be able to defend itself and our national interests.”

The House Armed Services Committee estimates that sequestration would “severely diminish America’s global posture” and lead to the smallest ground forces since 1940, the fewest ships since 1915 and the smallest tactical fighter force ever.

Further, the Committee predicts that 1 million private sector jobs would be lost in sequestration, plus 350,000 active duty military and Defense Department civilian jobs.
“The combination of cuts to force structure and advanced technology would lead to a hollow force increasingly uncertain of its ability to defend the nation,” the House Armed Services Committee wrote.

Earlier this year, Defense Secretary Leon Panetta announced his intent to seek further BRAC reviews in 2013 and 2015.  Col. John Payne, a retired Marine and chairman of the committee, said he’s always believed in being prepared for battle.  “Having five squadrons of advanced F-35B Joint Strike Fighters scheduled for MCAS-Beaufort, and the accompanying $350 million-plus in related construction, bolsters the Air Station’s chances of staying open”, Payne said, “but more must be done”.  “We know the Air Station and its huge training range in Townsend, Georgia, are key to Marine and Naval aviation training on the East Coast, no other Marine Corps air station has that kind of training asset, and no other Air Station will have the F-35B pilot training center.

“We need to share our message, we need to get our community supporters vocal about what these three military installations mean to the future of Beaufort County,” Payne said. “That applies whether the threat is sequestration or BRAC or anything else.”

training squadrons. Groundbreaking ceremonies last summer kicked-off construction projects related to the new stealth jets’ arrival.  MCAS-Beaufort contributes more than $900 million annually to the Beaufort County economy, much of that in the northern part of the county. Together with Marine Corps Recruit Depot Parris Island and the Beaufort Naval Hospital, the military injects more than $1.2 billion annually to the local economy, research shows.  Additionally, about half the tourism in northern Beaufort County is military related, much of it connected to recruit graduations at Parris Island. Earlier this year the Marines added another day to the weekly graduations, increasing family spending when they watch their son or daughter become a Marine.