The Town of Port Royal has released the fall season schedule for Street Music on Paris Avenue, and it sure looks like we’re in for a great deal of top-notch entertainment once again. Over the past several seasons, thousands and thousands of locals have enjoyed being entertained by free concerts with quality live music that are situated right on the street…Paris Avenue, in Port Royal.

Growing in popularity and becoming a much-anticipated event, Street Music brings in quality national and international touring musicians of all genres for a FREE community concert right in the heart of Port Royal, SC. 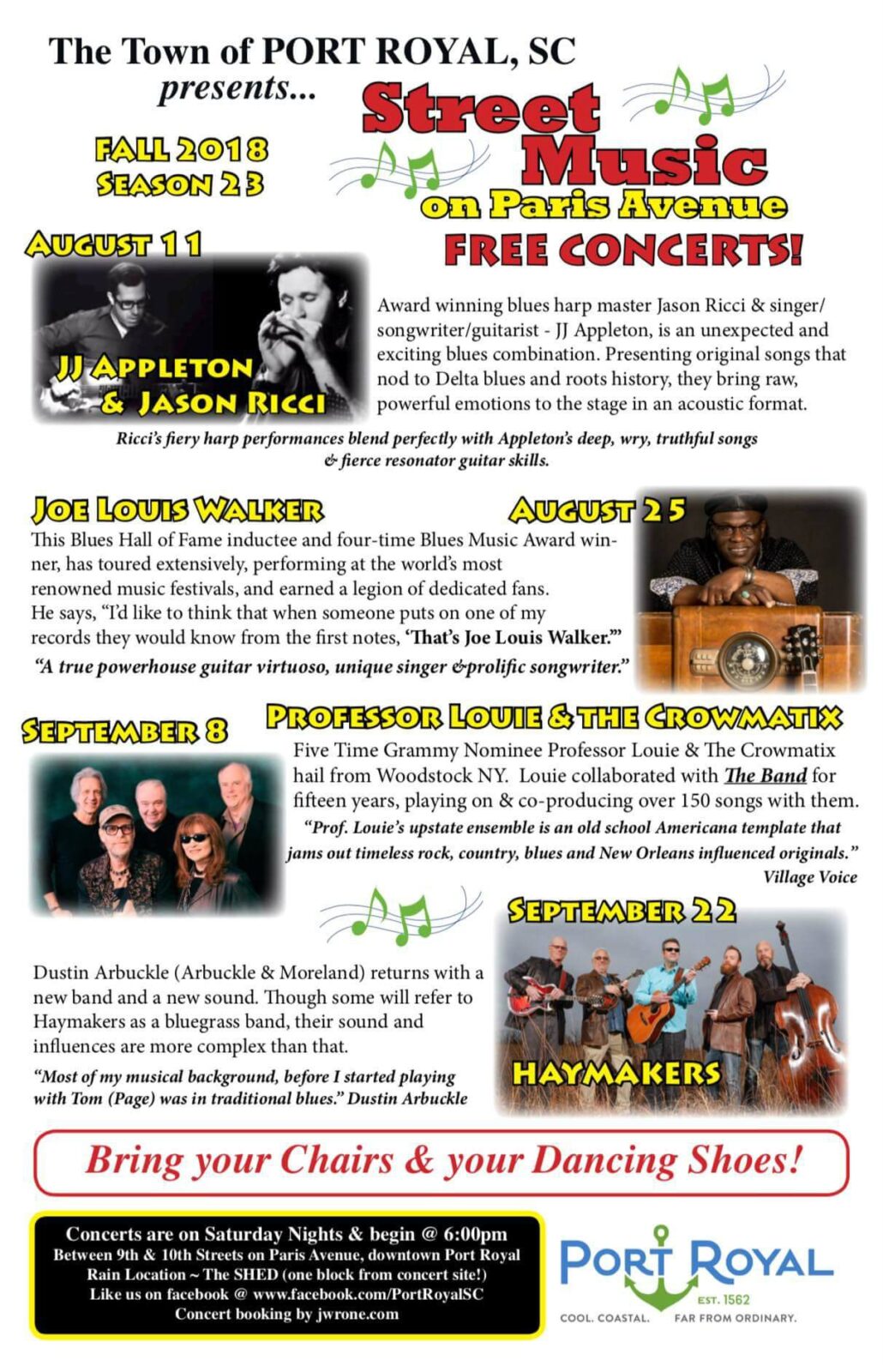 Four concerts are held from May through June, and also four concerts from August through September each year.  All concerts start at 6pm.

This fall, four different blues acts will be performing live on Paris Avenue.

Described as tailgating for grown-ups, Street Music in Port Royal isn’t just about great music; it’s the friendly feeling of community you get just from being there. Grab some friends, a cooler full of your favorites and your dancing shoes and plan to have a great time.