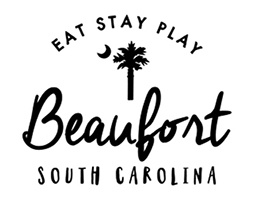 Edward Arron, the artistic director and host of the Series as well as a superb cellist, has assembled six of today’s finest chamber musicians, including himself, to play pieces by Mozart and Tchaikovsky and to introduce the Lowcountry audience to the music of contemporary Chinese composer Chen Yi with a piece written in 1998.
During her early teen years, Chen Yi and her family were targeted by the forces of the Cultural Revolution and forced to leave their home and their music to labor in the countryside. Fortunately for the world of music, she now lives in Missouri where she teaches composition and continues to compose orchestral, choral and chamber music.
Avery Fisher career grant recipient violinist Jennifer Frautschi has appeared as soloist in recent seasons with Pierre Boulez and 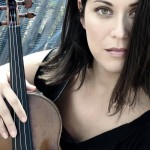 the Los Angeles Philharmonic and Christoph Eschenbach and the Chicago Symphony Orchestra. Her 2011-12 highlights included solo performances with the Minnesota Orchestra, Milwaukee Symphony, and the Orchestra of the Teatro di San Carlo in Naples, Italy. As chamber musician she performed with the Chamber Music Society of Lincoln Center and Boston Chamber Music Society, and last summer appeared at Spoleto Festival USA, Chamber Music Northwest, and the Santa Fe, Moab, Cape Cod, and Charlottesville Chamber Music Festivals.
Her growing discography includes three widely-praised CDs for Artek: an orchestral recording of the Prokofiev concerti with Gerard Schwarz and the Seattle Symphony, and highly-acclaimed discs of music of Ravel and Stravinsky, and of 20th century works for solo violin. Her most recent releases are a recording of Romantic Horn Trios, with hornist Eric Ruske and pianist Stephen Prutsman, on the Albany label (fall 2010) and Stravinsky Duo Concertant with pianist Jeremy Denk on Naxos (spring 2011). She attended Harvard, the New England Conservatory of Music, and The Juilliard School, where she studied with Robert Mann. She performs on a 1722 Antonio Stradivarius violin known as the “ex-Cadiz.”
Violinist Amy Schwartz Moretti is Director of the McDuffie Center for Strings at the Mercer University Townsend School of Music 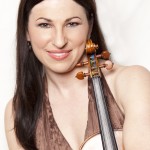 where she holds the Caroline Paul King Chair in Violin. Ms. Moretti previously served as Concertmaster of the Oregon Symphony and of the Florida Orchestra.
Ms. Moretti is a member of the newly formed Ehnes String Quartet that has made critically acclaimed performances in Seattle, Miami, Macon and Montréal during the 2011-12 season leading to numerous upcoming engagements including a European tour with appearances in London’s Wigmore Hall and the Musée du Louvre in Paris. Her degrees are from the Cleveland Institute of Music where she graduated valedictorian, a student of Donald Weilerstein. Her solo CDKaleidoscope (Sono Luminus) was released internationally in 2011.
Violist Che-Hung Chen was the first-prize winner at the Seventh Banff International String Quartet Competition as the founding member of the Daedalus Quartet; He was also awarded the Pièce de concert prize for the best performance of the commission work

and the Székely Prize for the best performance of a Beethoven quartet. A three-time top-prize winner at the Taiwan National Instrumental Competition, Mr. Chen began his studies at the age of six with Ben Lin in his native Taipei, Taiwan, and later entered The Curtis Institute of Music at age 14, where he studied with Joseph de Pasquale, retired Philadelphia Orchestra principal viola. He has served as principal violist of the Curtis Symphony Orchestra, and has appeared as guest principal violist with the San Diego Symphony.
Mr. Chen currently serves on the faculty of Temple University’s Esther Boyer College of Music and its Preparatory Division. He performs on a viola made by Carlo Antonio Testore in Milan, Italy, c. 1756.
Canadian violist Max Mandel is comfortable in many styles and genres. His current group affiliations include the FLUX Quartet, The Knights, The Kirby String Quartet, The Silk Road Ensemble, The Metropolitan Museum Artists in Concert, The Jupiter Symphony Chamber Players, The Smithsonian Chamber Players, The Caramoor Virtuosi, Blarvuster, ClassNotes and I Furiosi Baroque Ensemble.
Mr. Mandel is a fan of all kinds of music from Mozart to Feldman to Shabazz Palaces and has collaborated with great artists in many genres from Antje Weithaas to Don Byron to Kirk Hammett of Metallica. He studied under Lorand Fenyves at the Royal Conservatory of Music in Toronto and the Banff Center for the Arts and at the Juilliard School with Steven Dann and Samuel Rhodes. Mr. Mandel plays on a 1973 Giovanni Battista Morassi generously loaned to him by Lesley Robertson of the St. Lawrence Quartet.
Peter Stumpf is professor of cello at the Indiana University Jacobs School of Music. Prior to his appointment, he was principal cellist of the Los Angeles Philharmonic for 9 years. Stumpf’s tenure in Los Angeles followed 12 years as associate principal cellist of 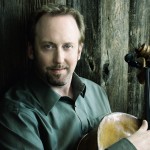 the Philadelphia Orchestra. At the age of 16 he began his professional career, winning a position in the cello section of the Hartford Symphony Orchestra.
A dedicated chamber music musician, he is a member of the Johannes String Quartet and has appeared on the chamber music series at Carnegie Hall, Kennedy Center, the Boston Celebrity Series, the Da Camera Society in Los Angeles, Walt Disney Concert Hall and at the concert halls of Cologne, at the Concertgebeow in Amsterdam, and at Casals Hall in Tokyo. His awards include first prize in the Washington International Competition, the Graham-Stahl Competition, the Aspen Concerto Competition and 2nd Prize in the Evian International String Quartet Competition. He received a bachelor’s degree from the Curtis Institute of Music and an Artist’s Diploma from the New England Conservatory.
Host and cellist Edward Arron succeeded Charles Wadsworth as the artistic director, host, and resident performer of the USC Beaufort Festival Series in 2009. The 2012-2013 season marks Arron’s 10th anniversary season as the artistic director of the 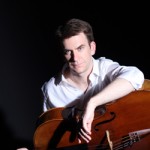 Metropolitan Museum Artists in Concert, a chamber music series created in 2003 to celebrate the 50th anniversary of the Museum’s prestigious Concerts and Lectures series. He is also the artistic director of the Caramoor Virtuosi, the resident chamber ensemble of the Caramoor International Music Festival.
He began his studies on the cello at age seven in Cincinnati and, at age ten, moved to New York, where he continued his studies with Peter Wiley. He is a graduate of the Juilliard School, where he was a student of Harvey Shapiro. Currently, Mr. Arron serves on the faculty of New York University.
Complete program information is available atwww.uscb.e/festivalseries. Subscriptions and individual tickets can be ordered through Staci Breton at 843-208-8246.