Gingerbread Joy at BBC on Bay

One of the sweetest Christmas traditions has to be the gingerbread house.  Lovingly built and adorned, they are often considered works of art too beautiful to actually eat.

Although the ancient Greeks and Egyptians were baking gingerbread thousands of years ago, it didn’t become associated with the Christmas holiday until the 17th century in Europe.  It is believed by many food historians that the first gingerbread houses were inspired by The Grimm Brothers’ fairy tale “Hansel and Gretel” in which two children are lost in the forest and come upon an edible house made of bread adorned with sugary decorations.  After this book was published in 1812, German bakers began creating gingerbread based fairy-tale houses with candy decorations. The festive houses became popular during Christmas, and the tradition was brought to America with German immigrants. 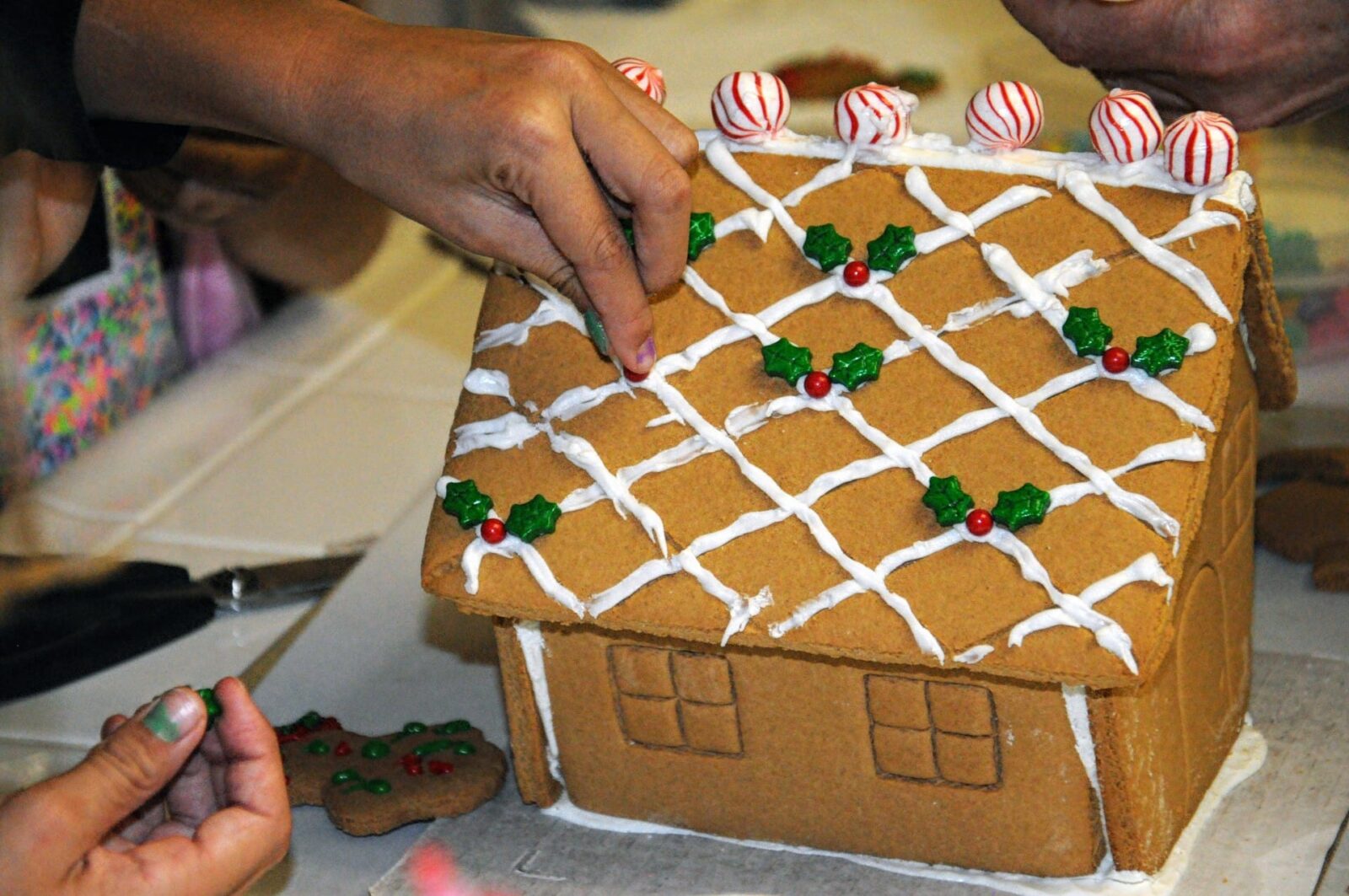 This Christmas season, the pastry chefs at Beaufort Bread Company invite you to join them in starting a new gingerbread tradition right here in Beaufort.  They are hosting a Gingerbread Decorating Contest and are looking for aspiring decorators ready to bring their sugarplum visions to life.

Each participant will be given their own personal work station to create a personalized Gingerbread House for judging.  The bakers of Beaufort Bread Company will provide a constructed gingerbread house ready for decorating, freshly made vanilla, red, and green icing, as well as a selection of garnishments to create your unique vision of a gingerbread house.

The event will begin at 2:00pm at the new BBC on Bay. Judging will take place at 4:00pm, and the judges for the contest will be: Mayor Billy Keyserling, Ginger Wareham (Owner of Pickle Juice Productions), and Jodie Campbell, Owner of Cook on Bay.