Itching to go fishing for something new? Striped bass is heading to our home waters. 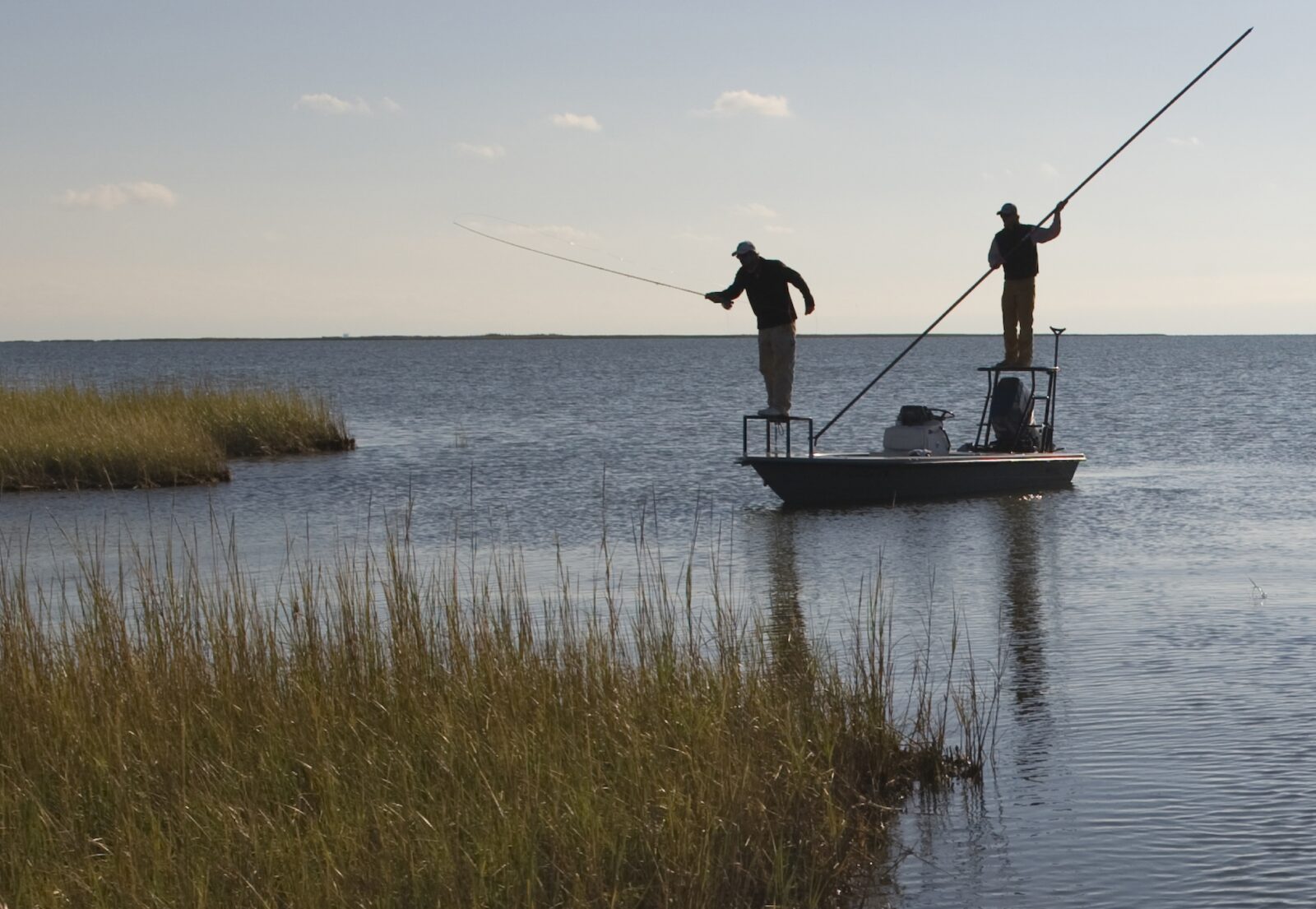 The ACE Basin is to the north and east of Beaufort, just on the other side of the Coosaw River. ACE is an acronym for the names of three fresh water rivers in that area: Ashepoo, Combahee and Edisto. They flow into the salt waters of the Coosaw River, St. Helena Sound and the Atlantic Ocean.

And in January and February there may be some striped bass, more generally known as just stripers. ACE Basin stripers are called the “southern strain.” They’re different from the northern striped bass which spend a good deal of time in the ocean and then migrate up fresh water rivers to spawn. These southerners are “riverine.” They never go out into the ocean. In the winter they hang out where the fresh water and saltwater mix. That location varies depending on the fresh water flow and the magnitude and stage of the tide, but it’s approximately the Hwy. 17 bridge crossings. They move upstream in late winter/early spring for spawning and then summer in the deep, cool spring fed areas of the headwaters.

Stripers are vicious predators, usually in schools with a “take no prisoners” attitude. They can slam into a school of herring with a vengeance, the water exploding in the violent feeding frenzy. But this surface activity is the exception. Most of their feeding, like most other fish, is subsurface. My best luck has been with sinking lines and sinking fly patterns using 8 and 10-wt tackle, searching the water with repeated casts around the eddies and structure of a deadfall along a cut bank, around pilings or maybe downstream of a sand bar. I rig one rod with an intermediate sinking line and the other with a high density, fast sinker. My favorite fly pattern is a size 3/0 Bozo Bunker. It gets its name because it’s tied with the frizzy synthetic materials used to make clown wigs and it’s available in all the colors needed, including various shades of green to imitate menhaden, called “bunker” up north. Having found it effective for the northern costal stripers, Capt. Jack Brown introduced the Bozo Bunker to the Lowcountry when he and his wife, Sunday, moved here from New Jersey in the 1990’s. Since menhaden don’t come this far south, Jack ties the pattern in white and blue, with just a hint of pink to represent the blueback herring, which are abundant prey for the stripers in the ACE Basin.

Striped bass are ornery little rascals with their own ideas of what constitutes a happy day, and it doesn’t include sunshine. They prefer the half-light of dawn, dusk and overcast days. They also seem to like cold, wind and rain. Basically, the more uncomfortable we are, the better the striper fishing. In my younger days I was willing to put up with such discomfort, but now I only go when the conditions are optimal for me but not them. Although it reduces my chances of catching stripers, it’s still worth the trip. I learned years ago that any trip into the ACE Basin is worth it.

It was one of those days the stripers were giving me a lesson in humility. I was sitting in the boat and warming my hands around a coffee cup while wondering how a fish with a brain about as big as a butter bean could, apparently at will, outsmart me. Gazing into a brief, partial clearing in the wispy fog, I saw a small cluster of twigs, obviously the smaller end of a large limb, floating downstream. “But wait,” I thought. “It isn’t floating downstream; it’s coming down and across the current.”

There was a brief moment of confusion before I made out the tightly clustered group of young, small-antlered bucks swimming across the river, wide-eyed and snorting, bravely instructing me to keep my distance as they passed. I began spending a little more time just being there, sometimes not so intent on fishing.

Bald eagles repairing their nest in preparation for a new brood of chicks, the magical transformations of colors in changing light, a large flight of bluebills after sunrise well above the fog blanket, a dozen night herons like marble statuettes all hunched down in a small oak at the water’s edge as I drifted slowly and quietly by so astonishingly close I felt I could almost reach out and touch them, and occasionally, but not often, the faint, distant scream of bobcats at nightfall – these and countless other memories of sights and sounds in the fog, mist and half-light in the ACE Basin.

Of course, it’s a fascinating place any time of day or night in any season you choose. Indeed, Terry and I are planning a picnic for May when the sun is bright, the spider lilies are blooming, the bald eagles and maybe osprey are feeding their chicks and the redbreast are spawning.

Maybe we’ll do a little fishing (or maybe not) in the ACE Basin.

Dave helped pioneer salt water fly fishing in the Lowcountry. He is a retired Orvis endorsed guide and currently teaches Orvis and Bay Street Outfitters’ fly fishing schools and fly casting clinics. He lives in Beaufort with his wife, Terry. He can be reached at davemurray1033@gmail.com.

This article was originally written by Dave Murray and published on the Island News.