Thursday evening brought this year’s ‘Holiday at the Pops’ performance by The Beaufort Symphony Orchestra with the first of two concerts slated for the season at Sea Island Presbyterian Church on Lady’s Island.

The performance included some musical magic with traditional and contemporary “pops” arrangements of some of the season’s most popular tunes, with “The Parade of the Wooden Soldiers” opening the festivities with arm-swinging melody and strutting rhythm that captures the vision of the wooden toys marching across the stage. Also featured were popular English Christmas carols indluding ‘Shepherd’s Hey’ as well as a version of ‘Twas the Night Before Christmas’ that was set to music. Pastor Steve Keeler of the Sea Island Presbyterian Church, narrated the poem for the audience.

Then the Orchestra Strings took the stage and performed Bach’s masterpiece, “Brandenberg Concerto No. 3. Following Bach was Bill Holcombe’s ‘Christmas Jazz Suite” and the sizzling “Wizards in Winter” as performed by the Trans-Siberian Orchestra.

Yes, we know you’re mad at yourself for missing the performance on Thursday night. But you get a personal reprieve as there’s another one on Sunday at 4pm.

Enjoy some photos from the evening, by Bob Sofaly for ESPB. 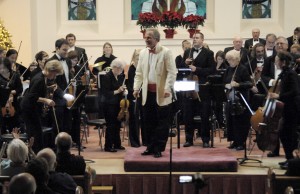 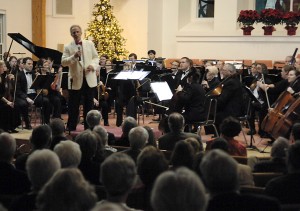 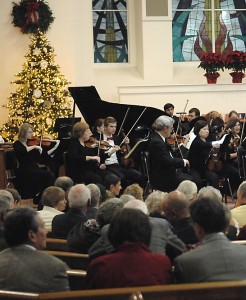 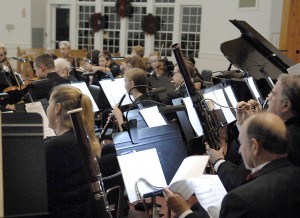 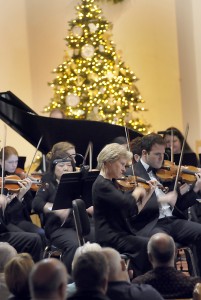 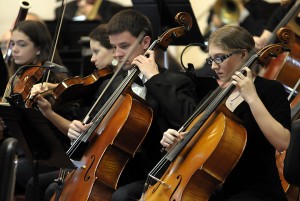 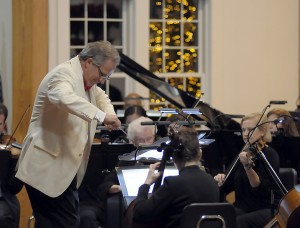 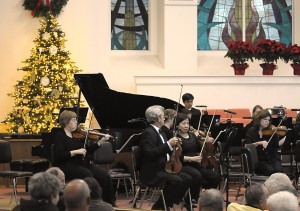