Hunting Island: Coming to a Screen Near You!

South Carolina ETV (SCETV) is premiering From The Sky, a new digital series exploring the aerial perspective of some of the state’s landmarks and other interesting locations, and Beaufort County’s own Hunting Island will make a Season 1 appearance!

If you’re from Beaufort, you know the treasure that is Hunting Island – and now, our star is getting a role on the small screen! Combining rare, breathtaking views with a bit of history, the show’s inaugural season will feature 10 episodes, with a new one premiering on the agency’s Facebook page at 1 p.m. each Thursday beginning January 21.

Following each episode’s debut on Facebook, that episode will be uploaded to www.scetv.org/fromthesky, as well as the agency’s other social media platforms.

Filmed in late 2019 and throughout 2020, From The Sky was produced by SCETV’s Tabitha Safdi and Charles Dymock. For more information and to watch all the released episodes after they premiere, click here!

This article was originally published on The Island News. 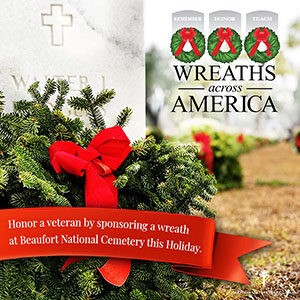