It's finale time for Candice on American Idol

This is it.  It’s what we have all been waiting for.  It’s what Candice Glover has dreamed of.  She has made it to the finale of American Idol. It’s Candice and Kree Harrison, the two remaining contestants, and one (the one from SC) will be crowned the next American Idol.  Candice will again sing for your votes on the one-hour episode beginning tonight at 8pm on Fox, as the two contestants will be performing three songs each.  For the finale, the songs Candice and Kree sing will be based on three themes – Simon Fuller’s Choice, Coronation Singles (songs that the finalists had a hand in writing) and Reprisals, billed as “Favorite Performances”.
Tonight on the show, Candice will perform ‘Chasing Pavements’ by Adele, ‘I (Who Have Nothing)’ by Ben E. King (Reprise), and I Am Beautiful’ (Coronation Single).
It should be another stellar performance from St. Helena’s favorite girl.
Be a part of making HER dream come true.
After the performance, don’t forget to vote.  Vote online, on your phone, and any way you can.  You can actually vote a total of 1000+ times in the allotted two hour voting window by hitting re-dial repeatedly on your cell phone from 10pm through midnight.  We know… We’ve done it!  It’s so important that everyone cast as many votes as possible.
In an email from Tuesday, Beaufort Mayor Billy Keyserling has committed to voting no less than 250 times for Candice tonight by himself.  Please join him in doing so.
The finale show will be from 8 to 10:07pm on Thursday, and you can join the whole town under the stars along with Candice’s siblings, grandparents and her church-family at the Preserve at Port Royal for an American Idol Finale Party.
Enjoy food from local vendors Bricks On Boundary, Carolina Wings, and free cupcakes from Crave CupCake Boutique, face painting for the kids and more.
Mark Robertson and 98.7 The River will be there, along with regional news media, and Candice’s family is also scheduled to attend.
Vote for Candice!  Vote A LOT! 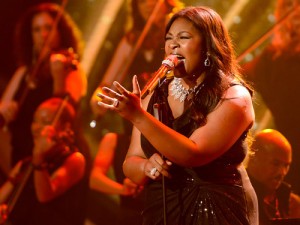 For tons of local stuff, hundreds of photos, videos and more visit our Candice Glover page.