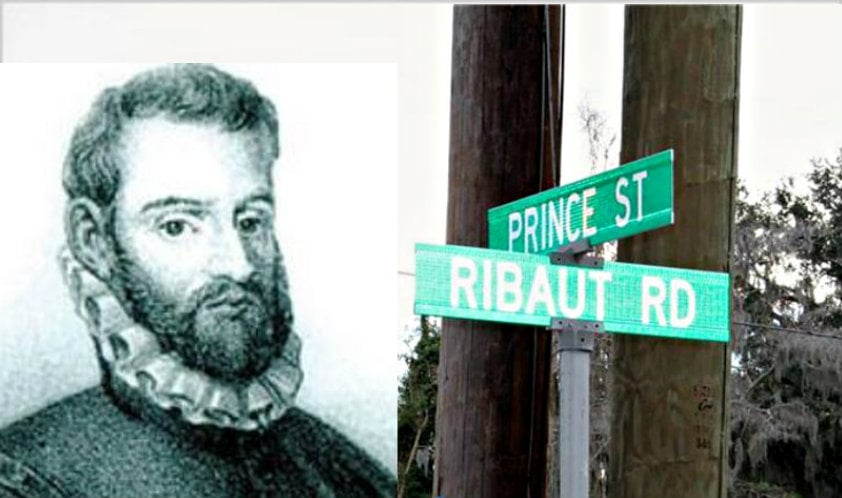 By Ashley Sylva | Ribaut road, a popular and often busy main thoroughfare through Beaufort and Port Royal has a decidedly French ring to its name. Have you ever wondered why? It’s because of a man named Jean Ribaut.

The road was named after French Captain Jean Ribaut, who was sent to the new world to establish a colony for French protestants.

Jean Ribaut began his naval career as a youth, rising through the ranks to become one of the most dependable officers serving under Admiral Gaspard de Coligny. In 1558 Ribaut was commander of a French supply vessel at the successful capture of Calais from the English, and the following year he went to Scotland to supervise French interests in that nation.

Sailing from France to the new world under the orders of Admrial Coligny, who was also leader of the Protestant Huguenot’s of the French Court, Ribaut left France in February of 1526 and arrived off the coast of Florida April 1562.

Originally Coligny’s plan was for a new world colony to be established in Florida; which would be a good asset for diplomatic rises and falls between France and Spain. But on arriving they were unable to find a harbor to their liking for their endeavors, so they sailed north along the coast. During the second week of May while traveling along the coast of South Carolina, they found such a large and expansive waterfront that they deemed the perfect area to establish their colony; and they named the harbor “Port Royal.

An excerpt from the History of South Carolina Vol. 1 by Rowland, Moore and Rogers states, “between the 15 and 20 of May the enterprising Frenchmen built a substantial fort that
was 160 ft long by 130 ft wide with a moat and a log blockhouse (pg 22).

This fort he would dedicate the name of Charlesfort in honor of the French king still in his infancy. He would assign 28 men to remain at the fort while he returned to home. Ribaut set sail back to the motherland of France June of 1562 promising to bring back supplies and more volunteers to populate the new colony.

42 years prior to Captain Ribaut declaring Port Royal and the surrounding area for France, there was another visitor. Captain Francisco Gordillo stopped near the now declared Port Royal Sound in 1520, naming the entire region Santa Elena before continuing onward with his exploration of the New World.

In 1559, King Philip of Spain was concerned that French expansion into the New World would lead the Frenchmen to his declared Santa Elena. He ordered that a colony be put in place.

In 1561, Explorer Angel Villafane of Spain explored the Sea Islands in preparation for the new Spanish Catholic Colony to be built. Unfortunately, a violent hurricane swept through the Santa Elena Harbor (Port Royal Sound) sinking his supply ships and killing 26 men. Villafane was unable to establish the colony with the few supplies and insufficient
amount of men, and the next year, the French landed, successfully establishing their French Protestant colony and renaming the harbor to its current identifier; Port Royal Sound.

The French Fort would not fare well. The men left behind, assured in Captain Ribaut’s promise to return within a couple of months, did not properly prepare for the winter. Unknown to them that due to the French Wars of Religion, Ribaut was kept from returning to the new world for nearly 2 years after he initially left. By January 1563 the fort had completely run out of food and sickness was spreading through the camp.

In desperation, a party of Frenchmen traveled up the Combahee river to seek aid from the local Indian tribes. Taking pity on the poor starving Frenchmen, the Indians gave them what should have been enough food to keep from staving to death during the winter. But, alas, the luck of the Frenchmen knew no end  and Charlesfort caught fire, destroying most of the supplies given to them by the Indians.

Morale and discipline disintegrated in the fort, and the men began building a ship to abandon Charlesfort and return to France. The succeeded at reaching the coast of Europe, where the starved and half crazed remainder of the original 28 left by Ribaut were saved by a passing English ship, who took them back to England where the English learned the fate of the first French Colony in the new world.

Ribaut would not let the failure of Charlesfort dissuade him from continuing French expansion into the New world, and in 1565 he would head back to Florida to assist in the establishing of Fort Caroline in what is today Jacksonville Florida.

Turmoil would follow him to Florida and Fort Caroline as the constant struggle for power between the French and Spanish continued. There he would face off with the Spanish forces of Pedro Menéndez who controlled much of the Florida coastline.

And, it would be in St. Augustine Florida that Captain Jean Ribaut would meet his end.

Ribaut and roughly 350 of his fellow officers were executed, by order of King Philip II of Spain; those prisoners who did not confess themselves to the catholic religion were executed by Menéndez’s soldiers after Fort Caroline fell to Spanish control.

Menendez would later establish Fort San Salvador ion Parris Island near the spot where Charlesfort once stood. Santa Elena was the capital of Spanish Florida from 1566 to 1587 and is recognized today as the first lasting European settlement in the New World after Ribaut, and others, had tried and failed. The site of Santa Elena was never reoccupied fully after the Spanish left in 1587.

Despite what our history books tell us in school; it was Santa Elena that should be taught. Not the Pilgrims or the story of Jamestown or even St. Augustine. They all came decades later. Archaeologists today are able to explore the site to find information about what the town looked like in the 16th century. Excavations at Santa Elena reveal that the town had a central plaza with colonial buildings uniformly built around it.

Ribaut, however, is credited with the discovery of what is now Beaufort, South Carolina. He was here first.

Ribaut’s mark on the history of the southeast U.S. is still around today. Other than a road and several local spots in Beaufort, Ribaut was featured in the “Conquest of the Southeast” episode (2005) of The History Channel’s documentary miniseries Conquest of America and in the “Secrets of Spanish Florida” episode (2017) of the PBS/WNET program, Secrets of the Dead.

The Six Flags Over Georgia theme park featured a riverboat ride attraction known as Jean Ribault’s Adventure, which included animatronic-type vignettes depicting the many dangers faced by early explorers of the southeastern U.S.. After years as a park staple, the attraction was eventually closed and replaced with the park’s Thunder River water ride. 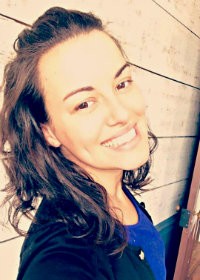 ESPB contributor Ashley Sylva is a west coast transplant
and a talented WWII historian who switched gears into historical
and genealogical research when she came to live in the
sleepy Lowcountry.