Junior Service League brings friends, fun... and lots of BBQ to the Arsenal

By Hannah Morris |  If you weren’t a part of the BBQ fundraiser for the Junior Service League of Beaufort this past Saturday night at the historic Arsenal in downtown Beaufort, you definitely missed out.  Attendees were treated to a BBQ buffet catered by Q on Bay, a silent auction, and an open bar… as well as live music by the ever-popular Broke Locals.

For seven years now, The Junior Service League of Beaufort (JSLB) has thrown this amazing BBQ bash and has raised over 100,000 dollars to benefit the community with various grants helping organizations  which aid women and children throughout the Beaufort area. 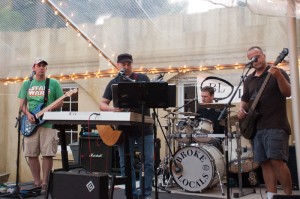 The event was thrown at the historic and very ‘event-unique’  Beaufort Arsenal. The Beaufort Arsenal housed the Beaufort Volunteer Artillery which traced its heritage back to an earlier group which organized and served in the Revolutionary War. The unique location was the perfect setting for the fundraiser, with its distinctive walls and arches giving a historic twist and a classically refined ‘vibe’ to the bash.

The tables were decked with beautiful brown table cloths decorated with candles enclosed with beautiful floral arrangements adorned with gold oyster shells. Lounge tables and booths were set all around the venue giving plenty of space to rest tired feet between the dancing, drinking, eating and socializing with friends. 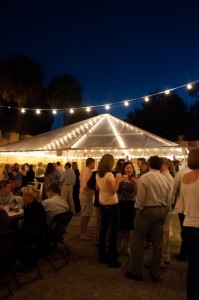 auction, where you could find everything from local trips to handcrafted artwork. All proceeds from the auction are to benefit the organizations many affiliations.

The food, catered by Q on Bay, consisted of their nearly-famous BBQ sliders, accompanied by green beans and coleslaw, as well as a special peach cobbler for dessert. In addition to the cobbler, there were cookies and goodies alike. The food certainly was one of the major highlights. Everyone piled their plates and sat at one of the three communal tables, where they spent their dinner laughing and sharing with their Beaufort neighbors. 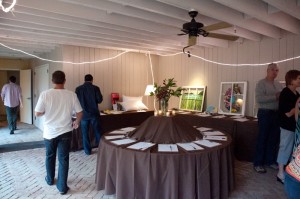 After indulging the taste buds, guests were given the opportunity to hit the dance floor. The entertainment was provided by Broke Locals, who managed to get the crowd moving and grooving with their unique sound.

Between the beautiful settings, the eclectic group of people, mixed with the wonderful food and music, it’s safe to say the night was a huge success!

For more information on the Junior Service League of Beaufort, visit their website at http://www.jslbeaufort.org/ 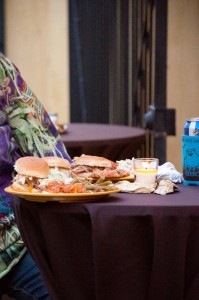 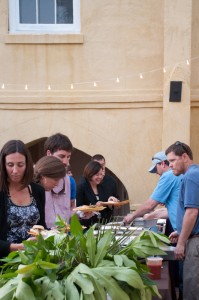 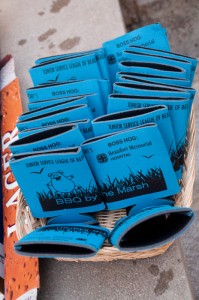 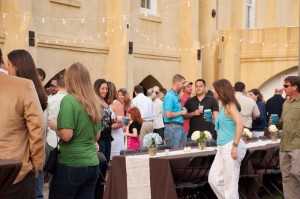 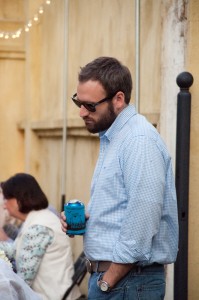 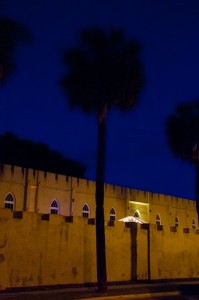 Very special thanks to Amy Daring of Amy Daring Photography for taking the photos for us.  You can see more of Amy’s stuff here.