Kayak Beaufort for the perfect view

Seeing Beaufort by land is sort of like seeing a pothole in the road without knowing the labyrinth it covers. It may be a small town, but it’s surrounded by a labyrinth of rivers, estuaries and islands. Beaufortonians grow up exploring their watery backyards, so they know which islands to camp on overnight and how to coordinate a summer day on a sandbar. If you want in on Beaufort’s secret, you have to play like the locals.

On a Saturday that we both have off my co-worker Leslie and I decide to do some “hardcore product testing” with a kayak called the Nucanoe. Leslie is through-and-through from Beaufort, unlike myself, so when it comes to getting out on the water for a day she knows where to drop in a boat, where to drop your line for some fish and what island to park it on to catch some rays.
She decided: us two girls were going fishing around Cotton Island.

“Take a left here at Gray’s Hill,” she directs me in the truck. I drive down a quiet road along Clarendon Plantation until we reach a boat landing. Already there are a number of trucks parked under the shade with their empty boat trailers. “I wonder who we’ll see out on the water,” she says.

Our kayak, the Nucanoe Frontier 12’, is heavy to unload from the truck but we tote it down to the water where we begin to load up the supplies. This being the girls’ fishing trip, we were glad this spacious kayak-canoe hybrid could accommodate our female sense of packing. We laughed at 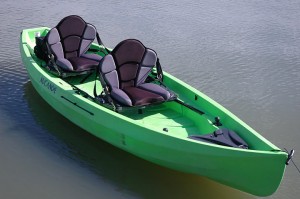 ourselves. So typical, we thought looking at the kayak loaded down and piled high with two life jackets, two fishing rods, a tackle box, bait bucket, cast net, large dry bag and cooler. The Nucanoe may have been a beast to lift in and out of the truck and into the water, but it was worth its wait in gold for its stability and space. I could step in, hang off and stand up without the kayak hardly rocking. Also, unlike most tandem kayaks, we had 360° mobility; we could face in the same direction to paddle or we could turn back-to-back to fish. We hit the water just before low tide around 10:30 a.m. and cracked open our first diet Coke of the day. We were Cotton Island bound.

The surrounding land of Clarendon Plantation was undeveloped; it was greenery and water as far as the eye could see. It had me wondering: how many uninhibited islands and pristine sandbars are there in the Beaufort area? Plenty I’m sure, but well-kept secrets of the locals.

We paddle up near an oyster bed on the lookout for minnows to catch as our bait. Leslie spots every moving thing in the muddy water including a horseshoe crab, a light-colored 3-foot shark and a huge stingray that glided under us in the Nucanoe. I was able to cast my net over a school of excited minnows standing up in the kayak. I didn’t catch any of them, but when we saw the hole in my net we knew why.

Of course, there are no worries on a sunny day in the Lowcountry. We cast our fishing lines a few times with Gulp before paddling out to the sandbar around the corner. Others were on the beach too, a few families with their children and dogs, but Leslie was surprised that there weren’t more boats out. I was surprised the infamous sandbar in downtown Beaufort wasn’t the only one that locals frequent in the summer time.

Before we knew it, it was 4 o’clock and the tide was coming in. The Nucanoe Frontier did us well and I would recommend to anyone looking to hangout, bring the dogs, booze cruise, hunt or fish as close to the water as it gets to check out this fine kayak at Higher Ground  in Beaufort Town Center.
Staying on land we only scratch the surface of the beauty Beaufort beholds. 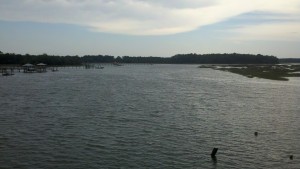 • Fort Frederick Landing. (US Naval Hospital, on the Beaufort River.)

• Steel Bridge (Combated) Landing. (At Highway US 17, on Combated River.)

• Wimbee Creek Landing. (Off County Road 43, off Highway US 17, on North  Winbee Creek.) 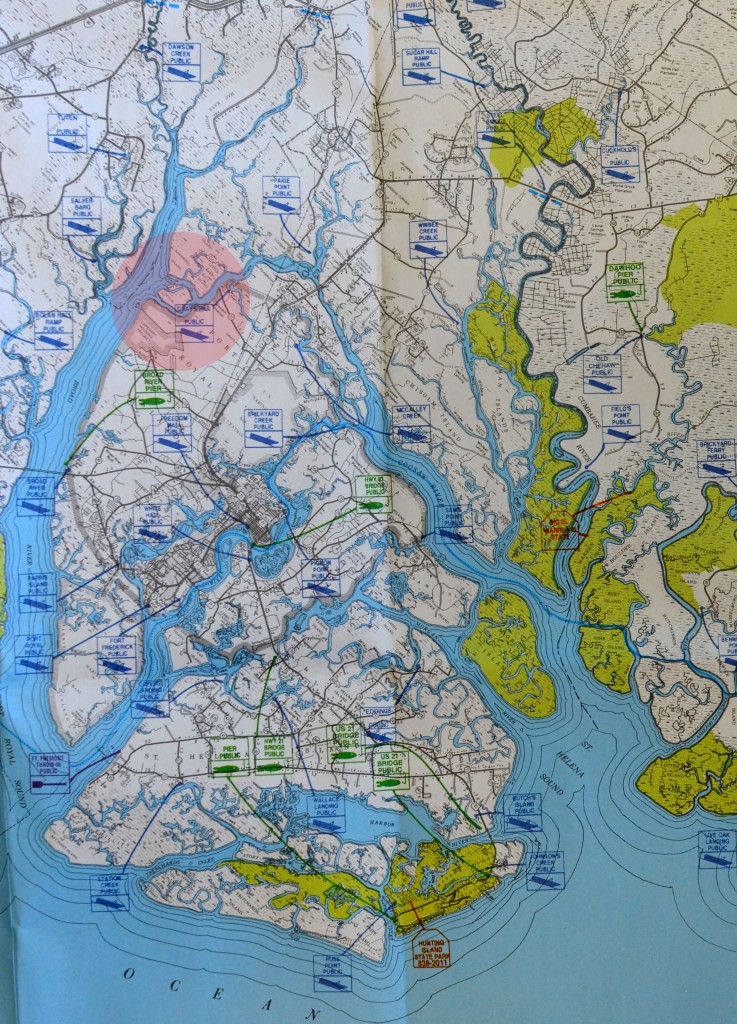