Frogmore Stew, also known as Beaufort Boil or Lowcountry Boil is a staple here in the Lowcountry and has been bringing friends and families together for generations.

The names of some of our native Lowcountry dishes are almost as colorful as all of the super-fresh local ingredients that go into them: She-crab soup, Frogmore stew, and Hoppin’ John, just to name a few.

The Lowcountry teems with life from the Atlantic, and for centuries our local cooks have turned to the water for culinary inspiration. Crabs, shrimp, fish, and oysters form the basis of any traditional menu; as well as rice, grits, and the produce of the coastal plain all play an instrumental role in Lowcountry cooking. 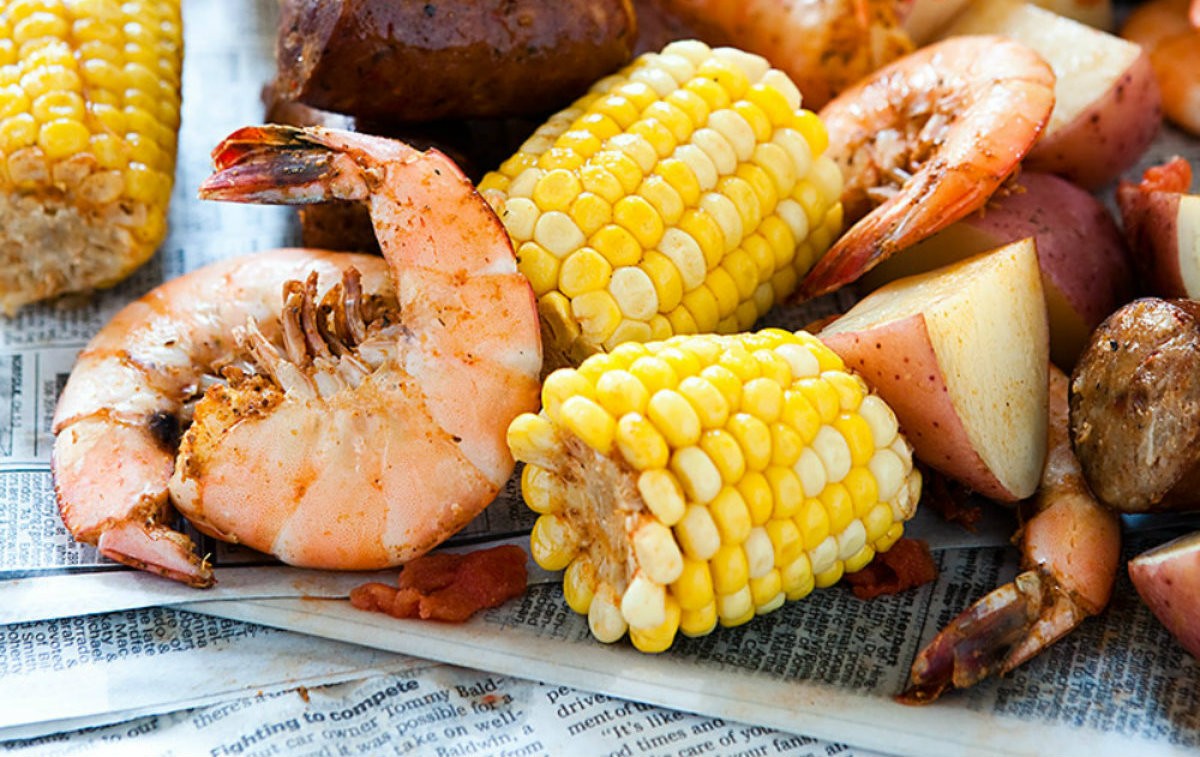 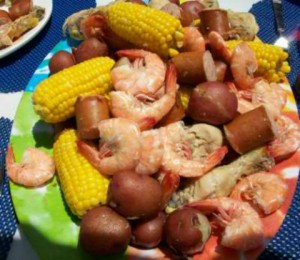 Frogmore is the name of a community in the middle of St. Helena Island. Although there are many versions of this dish around, the name Frogmore Stew was coined in the 1960s by Richard Gay, one of the owners of Gay Fish Company, circa 1948, on St. Helena Island. Frogmore Stew became far more well-known after is was featured on the cover of Gourmet Magazine in the 1980s and is enjoyed by all, with this name, to this day.

The origins of this meal go farther back to the cuisine of the Gullah/Geechee peoples of the Sea Islands along the coasts of Georgia and South Carolina. Africans in the slave trade often brought with them not only cooking influences from their homeland but Spanish and French cooking influences as well. Meals for large gatherings of people would have to be made as quickly as possible with readily-available foods. The boil was a quick and easy way to prepare all the foods at once.

Ingredients:
The largest pot you own.
3/4 cup Old Bay Seasoning
2 lbs. Red Potatoes
2 lbs. Kielbasa Sausage (or Andouille sausage or spicy sausage)
12 ears of fresh corn on the cob
4 lbs. uncooked (frozen or raw) whole LOCAL BEAUFORT SHRIMP (use the whole shrimp in the shell because pulling off the shell is part of the hands-on eating experience)

Beer* (about 3 quarts or whatever you have) to fill up one quarter of the pot and water (another 3 quarts) to make the pot half full.  As you add each ingredient, your pot will get very full.  So this is to ensure that your pot will not overflow by the last addition. *Of course you can make this recipe without the beer…or you can make it with non-alcholic beer as we did for the hubs’ family reunion.

Optional:
1 large Onion, roughly chopped, for a little extra flavor
1 Lemon, quartered is also a nice touch that is also optional
1.  Bring beer/water and Old Bay seasoning to a boil in a large stockpot.
2. Add potatoes and cook for 15 minutes.  (And lemon and onion if you are including this.)
3.  Add sausage and cook for 5 more minutes.
4.  Add corn and cook for another 5 minutes.
5.  Add shrimp and cook until shrimp are pink, about 3 minutes.  (Just until the shrimp turn pink!)
6.  Drain immediately and pour onto newspaper to serve!