A splendidly unique bit of the Caribbean has set up shop in Beaufort in an inviting and unique boutique on Highway 170 called ta•ca•rón trading company. Filled with premium Cuban seed cigars, Latin coffees, gourmet foods and some seriously amazing artsy soiree and gift items the outlet is located just a short distance from the traffic light and entrance to Callawassie Island at 6983 North Okatie Hwy 170.

Upon entering the beautifully designed boutique, you’re immediately whisked away to the Caribbean with the aroma of private-label coffees, cigars, artwork and more.  ta•ca•rón trading company has their own line of Cuban-seed cigars, hand made in the Dominican Republic, then sent straight here.  But this is in Beaufort.  Not Miami. Not the Keys. Not even close to southern Florida. 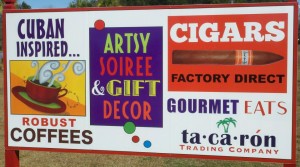 “While our business concept has been a vision in the making for a few years now, the location where to set up shop was realized only when for the very first time we laid eyes on Beaufort and the surrounding coastal Lowcountry,” Juan Carlos & Isabella Jiménez, owners of the all new ta•ca•rón tell us.

“I thought I was perfectly content living my life in the desert until one day a few years ago my husband, a professor at Arizona State University at the time, came home from teaching and announced he ‘had to get back near water.’ What entailed was a 30-day road trip to the southeast in search of a new place to call home.”

“We’re quite adventurous people and decided we’d drive until we found something that had both the charm and appeal both of us were searching for. Then on a total fluke, as we were making our way from Charleston to Savannah, decided to take that turn down 21 into a town called Beaufort – a place we had never heard of and knew nothing about; and as you might guess, it was simultaneously love at first site for both of us! Now it is I who is thankful for my husband’s suggestion to move, as I had forgotten just how much I missed the water and being a part of a vibrant smaller community,” says Isabella, whose roots include growing up in the Midwest with the Mississippi River as her backyard. 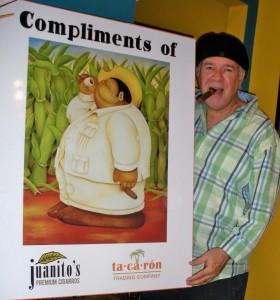 For Juan Carlos, a native of Cuba, his adventurous life began when he arrived in the United States at the age of 7 under what was referred to as the Pedro Pan Project, (a program created by a Catholic priest who took children out of communist countries and placed them in orphanages or with American families). What he was told would be a few weeks away from his parents turned into a long 7 ½ years before he and his sister were reunited with them again.

Going from living a life of luxury to instant poverty, he arrived with little more than the clothes he was wearing and no understanding of the English language. But a strong determination gave way to doing all he could to create a better life, which since has provided him many opportunities including a career as a Marine Biologist which has taken him into waters around the globe with whale and manatee research and rescue as his special focus; a university professor ridding students of math anxiety; and turning one of his biggest pleasures in life into a successful business.

“What Cuban doesn’t love a great cigar, and I am no exception,” Juan Carlos said with a grin; “so when the opportunity arose to team up with a fellow Cuban colleague to produce our own line, I jumped in with both feet.”

And so Juanito’s Cigarros was born. The year was 1997, and up until the opening of ta•ca•rón trading company this past December, Juanito’s cigars have been outsourced strictly to the trade and under private labels, which account for 85% of their business.

“After making the decision to fully retire from a 30 plus year teaching career, I am now able to devote 100% of my time to the business

I love, and it also has given us the opportunity to open a location that includes making our cigars available to the public at wholesale prices”, he said.

With no distributor or middleman involved, and electing to keep the insurmountable expense of packaging and advertising budgets to a minimum, it allows us to offer our premium Cuban seed cigars at factory direct prices,” Juan Carlos tells us.

Isabella, who has a strong background in the hospitality industry as a former owner of two restaurants and 10 years in sales and marketing for a major hotel corporation, shares the love of their new business with her husband.

“At this stage of our lives, it’s all about having fun. With the love we share for both good & unique culinary, Spanish & South American wines, Cuban inspired coffees and aged Dominican rums, it only seemed appropriate to incorporate all these things into the business as well,” she says.  “Thus our name ta•ca•rón was created by Juan Carlos and in Spanish stands for tabaco (tobacco), café (coffee) and rón (rum).  It seemed most appropriate and we liked the sound of it when all put together.”

For good measure, they also carry a nice selection of artsy soiree and home décor items to satisfy the decorating fetish Isabella has 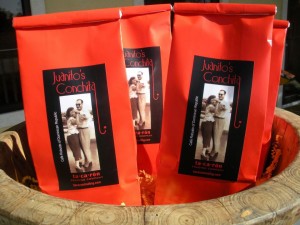 carried with her for years.

As it turned out, after spending months searching for a home to purchase and a place to open their business with a Beaufort or Lady’s Island zip code, it was a home on Callawassie Island that lured them outside their original perimeter as it had all they were looking for including a panoramic view of the water.

Now, believing they have the best of all worlds, with a beautiful place to call home, a storefront just minutes away and the pleasure of providing support and giving back to their wonderful coastal community, they couldn’t be happier.

Both Juan Carlos and Isabella agree, “If we had to sum up the best part of moving to this area it is the people we have met & the southern hospitality we’ve experienced. With our newly opened shop, the best part of our days now are being able to extend some friendly Cuban hospitality in return, while introducing new products to the Lowcountry and meeting and making many new friends along the way!”

In Spring of 2013  ta•ca•rón will begin carrying boutique wines from South America, aged sipping rums from the Dominican Republic (oh YUM!) and a more expansive selection of gourmet items not normally found in the Beaufort area.
They are open to the public Thursday – Friday 11am – 6pm and Saturdays 11am – 3pm.

For a photo album of what you can see and find inside, visit here.