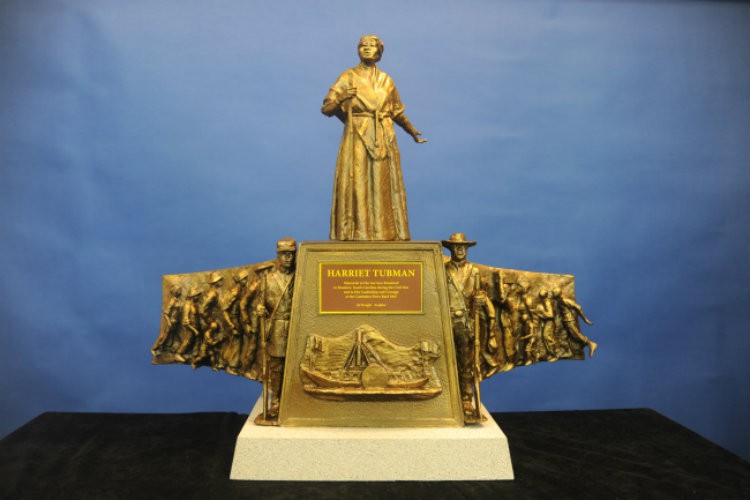 Beaufort’s locals and tourists visit the Tabernacle Baptist Church in downtown Beaufort every day to see the grave site of Robert Smalls, hear his story and to see the statue dedicated to him. In the next year or two, they’ll also be able to see a monument for Harriet Tubman as well.

With Beaufort’s recent designation of the multi-site Reconstruction Era national monument, Pastor and former S.C. Rep. Kenneth Hodges says the timing could not be more perfect for the Tubman sculpture planned for the church’s grounds.

Artist Ed Dwight, known for completing more than 100 history-rich memorials and art projects dedicated to the African experience, has committed to create a larger than life-sized sculpture of Tubman on top of a bronze pedestal that will feature scenes depicting slaves rushing toward their escape and refuge in 1863.

Standing about 14 feet high, the sculpture will feature an image of a typical soldier under arms and provide an area for imagery or interpretative text to share more about the Combahee River raid and Tubman’s involvement in Beaufort.

“She came in she served as a spy in a scout and she was also instrumental in a raid up the Combahee River that freed over 750 slaves in one night,” says Pastor Hodges. “After they freed the slaves they loaded, they boarded the vessels and came back into Beaufort and assembled right here in the Tabernacle Baptist Church.”

Historians also believe that Tubman inspired hundreds of freed slaves while speaking to them in the pews of the historic church.

To honor her story, the church is raising funds for a 14-foot statue to be sculpted by Ed Dwight who has statues in Washington D.C. at the South Carolina and Ohio State Houses.

The cost to construct the monument and turn the church-owned property into a small park totals about $500,000, which will be funded privately through various donation and to date approximately 20% of the total has been raised according to reports.

The project formally kicked off in June last year just after it was announced Tubman could become the new face of the $20 bill. The project was expected to take about four years, but after Dwight’s quick commitment to design the sculpture and the funding underway, Hodges thinks the project can be completed as soon as 2019.

For more information on the statue and how to donate, visit here: http://harriettubmanmonument.com/