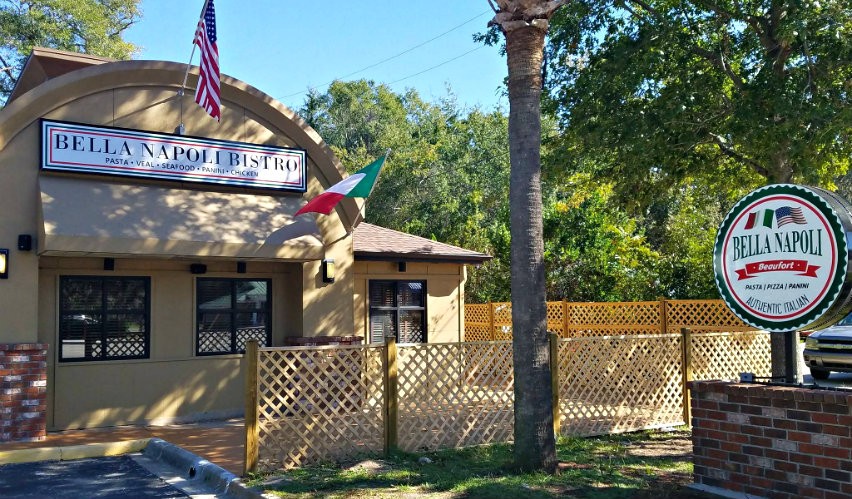 The much anticipated Bella Napoli Authentic Italian Restaurant will be open to by Thursday, November 16th, for lunch and dinner at the old Pizza Hut restaurant building at 1281 Ribaut Road in Beaufort.

Owned by Chef Gary Langevin, who also operates several other popular family-style Italian restaurants in Georgia and another in Charleston, Chef Gary promises a variety of authentic Italian fare with a variety of entrees including chicken and veal options, pastas, steaks, pizzas, Italian desserts and lots more.

Perusing the menu as we sat in the dining room on Monday, it was an understatement to say that our stomachs started a familiar, collective rumble.

In addition to a variety of pizzas and salads, Bella Napoli’s menu offers homemade entrees including an eggplant and a veal parmigiana option, piccata, marsala, plenty of pasta options that include an infusion of local seafood, plenty of appetizers and a lunch sandwich menu that includes, among many others, a good old-fashioned Italian sub and a homemade Italian sausage sub too.

Other restaurants operated by Langevin’s La Famiglia Restaurant Group include the popular La Fontana in Charleston and both Cuoco Pazzo and Bella Napoli Bistro in downtown Savannah, Terra Mia Bistro in Pooler, GA and La Dolce Vita on Tybee Island, among others.

“I’ll have three that are open at the same time. One in Beaufort, SC one in Glennville, GA and one in Cancun, Mexico,” Langevin said.

The restaurant is presently hiring staff. 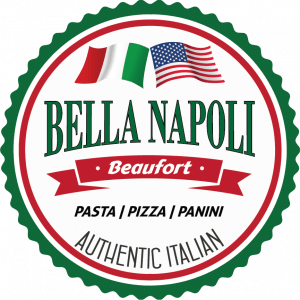 “Locals can expect a Grand Opening celebration with plenty of food and fun shortly after we open,” Chef Gary added.

Having closed here in town just a short time ago, Pizza Hut dine-in locations are becoming a thing of the past with many across the country phased out completely. With a restaurant-ready building already in place, many of the old locations across South Carolina, Georgia and the rest of the U.S. are seeing new life and making dough again as newly opened mom & pop restaurants and other businesses.

We’re looking forward to trying Bella Napoli when it opens.