School fundraisers. You see them all the time. Some offer pens, some offer seasonal wrapping paper, and some offer cookie dough. Always the same hum drum stuff. The kids get really excited because the school pumps them up to sell sell sell, and of course you’re always inclined to buy buy buy. But, some of what we buy is now changing and it’s actually becoming quite interesting.

There’s a new fundraiser in town and all over the Palmetto State. It’s called Local Happiness.

What makes this one so different? It sources only local South Carolina-made products. 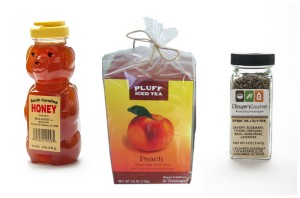 Local Happiness is the brain child of Ken Carey. For the first time our local schools have the opportunity to support local businesses. Unlike out of state fundraisers every dollar stays here in SC where it makes three times the impact.

Ken, a Marine who graduated boot camp at Parris Island in 1991, came up with the idea a few years back when his then first grader asked him to help him win a limousine ride by selling out of state frozen cookie dough to raise funds for his school in Columbia, SC. Together he and his son, Colson, sold enough frozen cookie dough to win that limo ride and at first Ken felt good about himself and his minor achievement as a father and supporter of his son’s school. 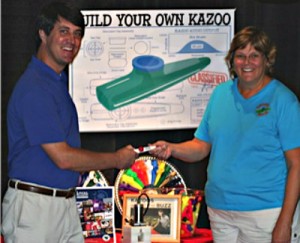 Ken started reaching out to South Carolina based business owners including Beaufort’s own Stephen Murray of Kazoobie Kazoos. He asked them if they’d like to be part of a South Carolina product filled fundraiser. Most folks jumped on board and Local Happiness, South Carolina’s Fundraiser, was born.

Beaufort Academy on Lady’s Island is currently in the middle of its fall fundraiser and is using Local Happiness.

“Beaufort Academy chose Local Happiness because of the thought and care that goes into each product it offers. This year marks our school’s 50th anniversary. Many of our parents are South Carolina natives and many of our alumni go on to a successful career within South Carolina. For 50 years, Beaufort Academy has put the same thought and care into preparing students to be responsible, self – confident and well educated South Carolinians. What better way than to incorporate local products like Kazoobie Kazoos into our fundraising,” said Nancy Suber, Volunteer with the Beaufort Academy Parents Association.

The local SC offerings are many and we’ve found them to include:
Local honey from Bell Honey Company in Rembert, SC.
Jellies from Summerville, SC.
Pecans and chocolate covered pecans from Orangeburg Pecan Company.
Cookies from Grey Ghost Bakery in Charleston, SC.
Mixes from Adluh Flour Mills in Columbia, SC. South Carolina’s only existing mill in operation today.
And, yes, those cool kazoos from Kazoobie Kazoos right here in Beaufort.

As another perk, the products are not that expensive and our schools get to keep a whopping 40% of whats sold.

If you’re interested in learning more, find your nearest Beaufort Academy Student and ask them, or visit them online here. 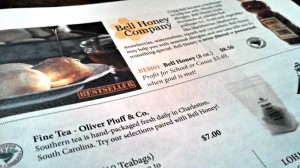