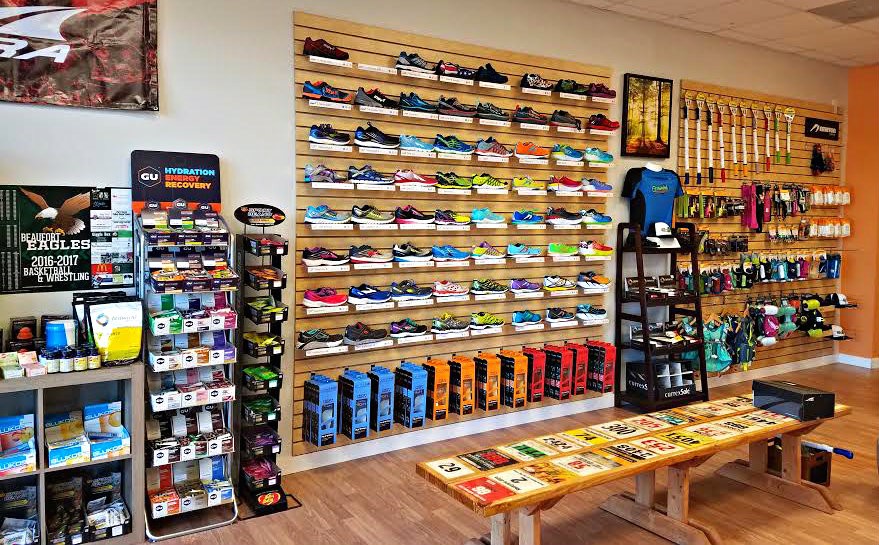 By Amber Bonem | Grounded Running opened its doors in the Bi-Lo Plaza shopping center on Parris Island Gateway just two short months ago…and it’s already made a welcome impact to the Beaufort community.  Grounded Running evolved from an organization that owner Tim Waz ran for the last 6 years called Lowcountry Ultras. They put on an ultra-running race series, which included anything from 50ks to 24 hour races. From there, he created Grounded Running as a podcast that they ran through Lowcountry Ultras. He then expanded their race management to include races from 5ks all the way up to 24-hour events.

They’re already working on some great events locally, such as the Beaufort Charities 5k and 10k and partnering with Resolution Run 5k on Dataw Island this weekend. They will be adding several other local 5k running events starting in the spring. They offer race management services for businesses and organizations looking to raise money. Their goal is to be able to provide a quality timed event that allows smaller organizations to raise money without adding huge expenses

When you get to the store you’ll find not only a variety of high quality running shoes, but any running gear you could possibly need. Anything from Garmin watches, visibility vests, recovery equipment to nutritional supplements. 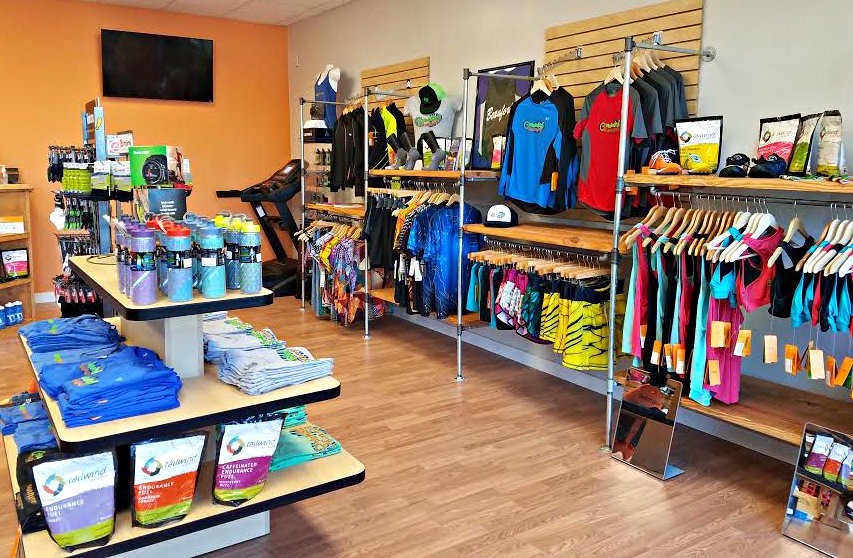 When you go in to purchase new shoes, you go through the YouFit process. There’s a 3-step process to make sure everyone leaves with the right equipment that they need. You’ll start with an interview process to find out what you are looking to accomplish and what you’ll be using the shoes for so that they fully understand what you need. Then they’ll look at you from a biomechanic standpoint; putting you on a treadmill and analyze your gait, where they look for things like posture and how your foot strikes. Then you go through the fitting process, where they’ll explain why they picked a certain shoe for you and determine if it’s the right fit and the most comfortable shoe based on your running style.

Even after you purchase, they still want to be a part of your running and help you achieve your goals. They really emphasize good form running, which includes good posture, how you lean, foot strike and cadence, so you can be as efficient as possible. They do a live video on Facebook called Good Form Friday where they will cover how to get the most out of your run with good form. 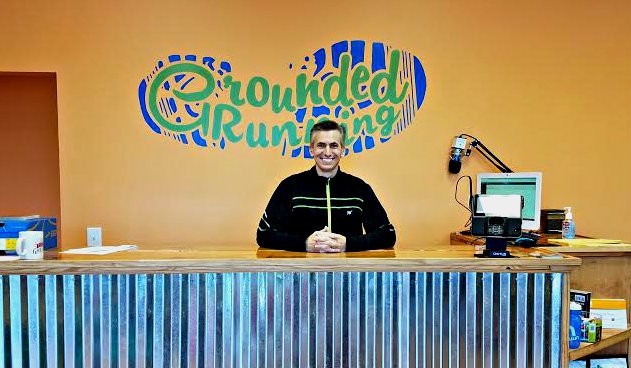 Whether you’re new to running or you’ve been doing it all of your life, Beaufort Track club can help you reach your goals. They have track meetings every Saturday morning at 7a at different locations all around Beaufort. Then they have structured track nights on Wednesday nights at 6:30p at the Beaufort High track. On their structured nights, there is a beginner, intermediate, and advanced workout. So whether you plan or walking or running, there’s a group there for you of who has similar capabilities and goals. They start each night with introductions and a dialogue of what everyone is doing so you can be paired on with the appropriate group.  After the run, there’s usually a social piece afterwards where you’ll meet up and grab coffee or go to dinner.

The best part about all of this is that it’s free to participate. You just show up and do your best. You’ll have the guidance from the pros on how to get betters and the support from the community. The running community is by far, one of the most supportive and fun to be a part of. Everyone there knows what it’s like to be just starting, to be out of shape or to come back from an injury. You’ll always have people there who understand and encourage you.

When you go to Grounded Running and to the Beaufort Track Club meetups, you’ll get to meet Tim and learn a lot from him, along with many other runners. Tim has been running his entire life, starting with his first 5k in the 3rd grade. When asked what his time was, he said, “Terrible. Absolutely terrible. But I remember looking at pictures of me running and struggling. But when I crossed the finish line, I had the biggest smile on my face. That always stuck with me.” As he got older, he was a part of cross country and track teams in college, and later transitioned to ultra-marathons.

I highly encourage you to ask him about some of his favorite races as the stories are pretty remarkable.

Head over to Grounded Running to not only get new shoes, but to join a larger community of people who truly want to help you improve your run but to also offer your support and encouragement.