By Abigail Kraft | Do you love looking over the water while you’re driving over one of Beaufort’s many bridges? Ever wonder about the history of that water; what’s living in it, where it comes from or how you can help preserve it?

Called by some the first large attraction in Beaufort in several years, the Maritime Center will finally open its doors to the public next week. On Saturday November 1st at noon, there will be a ribbon cutting ceremony to officially welcome the public.

The Maritime Center has made it’s home in the newly renovated building of the Lemon Island Marina, located in Okatie where Highway 170 crosses the 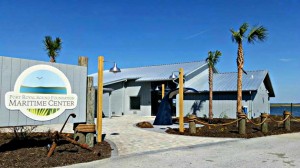 Chechessee. There are several exhibits, not the least of which is the incredible view of the Chechessee River and it’s salt marshes, oyster beds, and mudflats. The view is onethat some Beaufortonians take for granted, but the Maritime Center will help remind us what there is to love and learn about our waters.

The exhibits include a 3,000 gallon salt water tank displaying local fish, and a shallow touch tank that will showcase seasonal marine life from our local rivers. The Maritime center also boasts two rooms with beautiful photography of our Lowcountry, both from Eric Horan Photography and the Callawassie Photo Club.

The Port Royal Sound Foundation is also a temporary home for a model of Carolina Snowball, an albino dolphin who was frequently spotted in Beaufort waters beginning in the 1950s. Carolina Snowball was pursued by the Miami Seaquarium in 1961 to capture her and put her on display. Citizens and leaders of Beaufort County were so outraged that they passed a law protecting dolphins in Beaufort County in 1962. This law led to a statewide dolphin protection law, the first such law in the United States. In 1972, the national Marine Mammal Protection act was passed to protect dolphins, whales, and manatees. 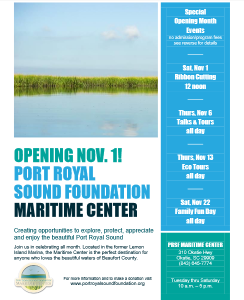 Not only was Carolina Snowball beautiful, but she was a catalyst to protect many other marine mammals in our state and our country, so the PRSF is very proud to house her model.

The Maritime Center has two docks- one of which they call their educational dock. This summer, they hosted a program through the YMCA Spirit of America program. The Y brought their middle school children out to learn more about their kayaks, sailboats, paddleboards, and they even earned their DNR license by the end of the week! The PRSF is really hoping to extend this program to utilize with Beaufort schools and other groups in the area. The opportunities really are endless, the organization plans to host consistent programs and workshops.

The staff at the Port Royal Sound Foundation is full of passionate, knowledgeable, and hardworking Beaufort citizens. Jody Hayward, the director of the PRSF, has been a volunteer for a couple years and when the director’s position became available, leapt at the opportunity! Their staff includes naturalist Tim Price, Alicia Taylor, Development Director, and Geri Kinton, administrative assistant.

Beaufort and Hilton Head citizens are encouraged to attend the ribbon cutting ceremony on November 1st, talks and tours all day on November 6th & 13th, and a family fun day on Saturday, November 22nd.

The best part? There is absolutely no cost of admission. Come learn about our beautiful Port Royal Sound and visit the Maritime Center soon. 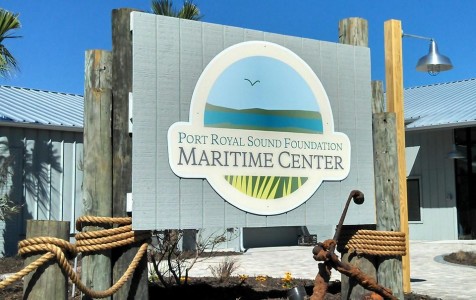