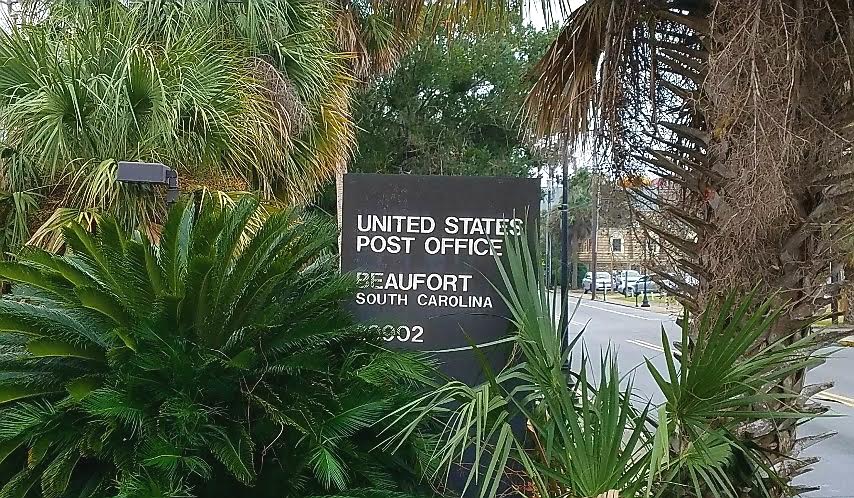 By Cindy Reid | I love the post office. Early on, before I knew that the Beaufort SC post office even existed, I saw writing and sending letters as something a bit magical. Earnest letters to Santa were carefully composed, and although I did not receive the coveted “kitten” requested on a yearly basis, I never doubted that Santa had received, and read, my letters.

When I was in grade school we were given the assignment to write to a famous person so I laboriously penned a letter to the First Lady Pat Nixon urging her to write a book about her experiences in the White House. This brought a quick response from the White House, in fact a large package, including a signed photograph of President Nixon. The power of the mail! The President of the United States had responded to my little letter. It was heady stuff.

The mail is a people business. The USPS employees a lot of people, over 500,000 in fact, to do all that work. I have nothing but admiration and respect for the postal employees, especially during this time of year. Every day in December they face nothing but long lines, harried customers and a calendar that is bearing down like a runaway train. I am a chronic “late mailer” and every year the postal folks patiently explain my postal options, without ever once mentioning the obvious- that I should have done all this last week. They are not scolds at the post office.

As a resident of St.Helena Island, I have the pleasure of frequenting our small post office, where I usually run into someone I know or just as likely I will enjoy chatting with someone I don’t know yet. We are a relaxed bunch at our post office, as it is clear that the friendly staff is doing the best they can on any given day. If you need an explanation regarding shipping rates- no problem. If you need a little extra tape- they got it. If you only want to buy one stamp because you lost the book of stamps you just bought- a shared laugh.

What I like, and find impressive, is the sense of “we are on the same team” I get from our postal workers here. Our letter carrier is just as pleasant and accommodating as the folks at the building. In addition to her regular work she has gone above and beyond to accommodate our various requests and always does it with a smile. She is a real gem and we and the USPS are lucky to have her here on the island.

And the folks at the Charles Street Post Office in downtown Beaufort, they just don’t stop working, or smiling.

In the movie ‘Miracle on 34th Street’, the post office determines the fate of Kris Kringle by delivering bags and bags of mail addressed to Santa Claus to the courtroom. Because the post office would never deliver mail to the wrong person, this is correctly seen by the judge as definite proof that Kris Kringle is indeed Santa Claus.

Good call by the post office, but I for one am not surprised. Our postal workers make good calls each and every day. 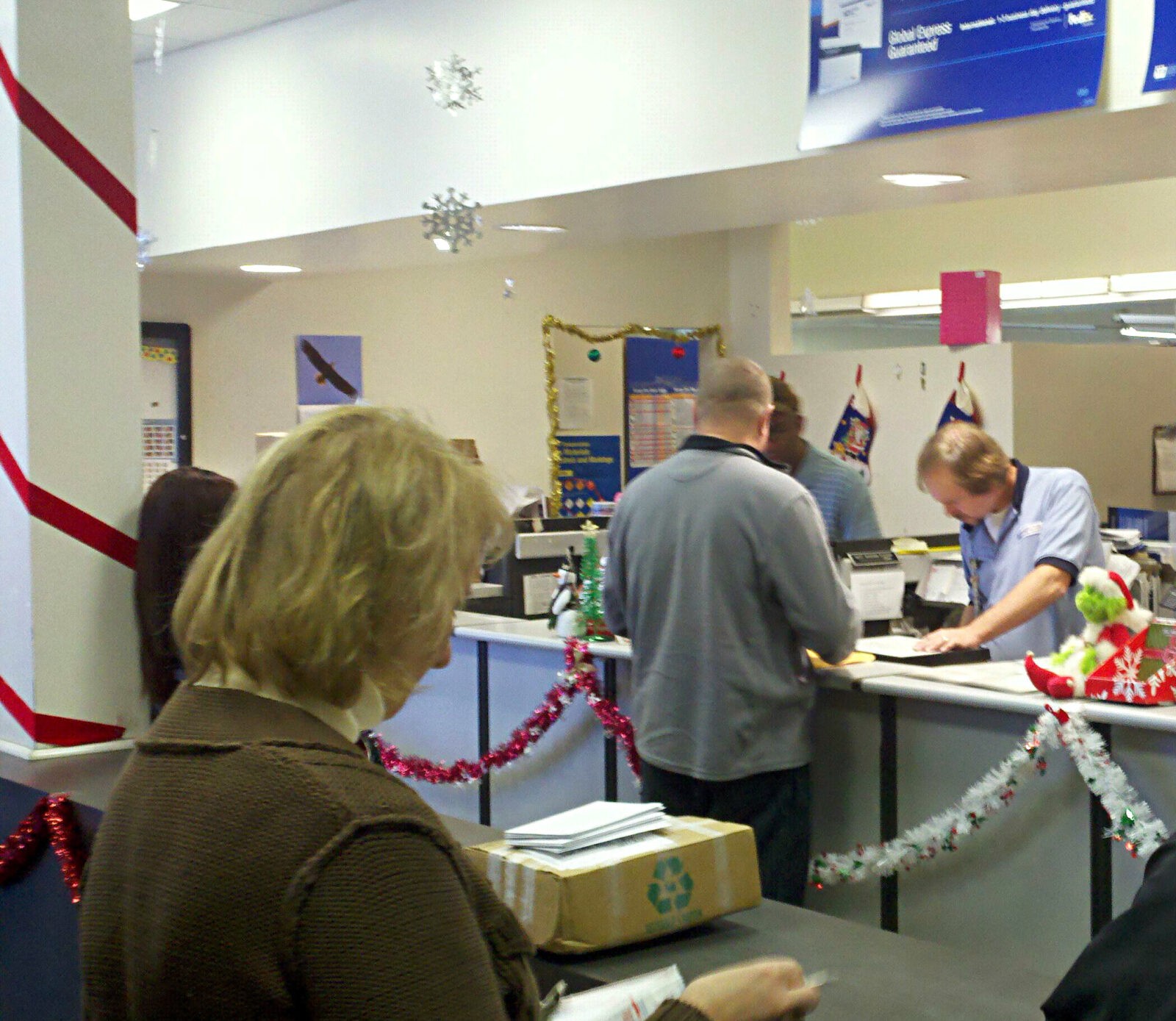