Racing for love with CODA on Cat Island

By Ashley Hamm | It was a beautiful Valentine’s Day morning on Cat Island for CODA’s annual Race4Love 5K and the chilly morning air failed to deter participants from turning out to run, jog or walk the windy 3.1 mile trail.

The race kicked off with CODA’s Executive Director, Kristin Dubrowski, who explained CODA’s mission of supporting survivors of domestic violence since 1986. CODA is the only organization of its kind in the area, serving residents of Beaufort, Colleton, Jasper and Hampton counties. Their services, which include safe shelter, 24/7 crisis line, free counseling and legal services, and court advocacy for abuse victims are, as Dubrowski noted, unfortunately necessary, as South Carolina ranks second in the nation for homicides resulting from domestic violence. Her speech reiterated our charge as a community to continue to raise awareness about domestic violence; as President Obama recently stated, “It’s on us” to eradicate this horrible issue.

A fun pre-race contest to design this year’s race t-shirt was won by Pamela Brownstein, and each registered participant received one with their race packet. 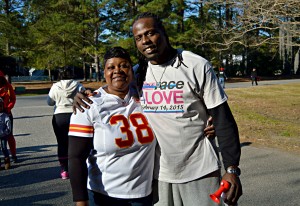 Beaufort’s own Ron Parker, defensive back for the Kansas City Chiefs, was all smiles before the race began, proudly donning his official Race4Love 5K t-shirt and posing for photographs with participants. It was only fitting that he sounded the horn to start the race, and also greeted runners as they each finished.

Volunteers were spotted along the way to motivate and cheer on participants and to thank everyone for supporting CODA. The outpour of community support this morning was a touching reminder that the fight to end domestic violence is not a silent one, and it cannot be weakened. CODA has not only touched the lives of those affected by domestic violence, but it has transformed victims into survivors and given them the tools they so desperately need to start anew.

I couldn’t think of a better, more meaningful way to start your Valentine’s Day.

Enjoy nearly 100 fun photos of the 3rd Annual Race4Love in our Photo Gallery. 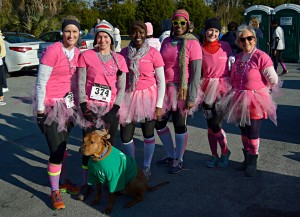 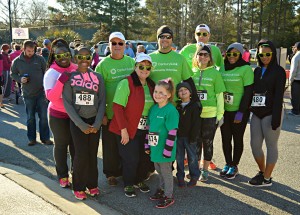 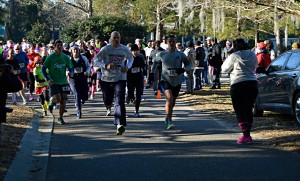 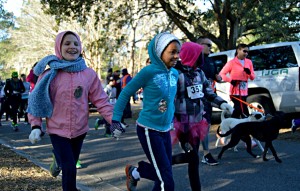