When traveling through the Lowcountry and enjoying the breathtaking sites, one cannot miss our environment’s most prominent feature, our beautiful salt marshes.

There are four major components that make the Lowcountry and our salt marshes so unique: the salt water, the tidal variation, the oysters, and the Spartina marsh grass. If you remove one of these elements, the entire ecosystem will be forever changed. Our local marsh grass plays many different and important roles within our unique ecosystem. Call it what you want – Marsh grass, cordgrass, smooth cordgrass, seagrass or Spartina alterniflora – but never underestimate this amazing Lowcountry asset. 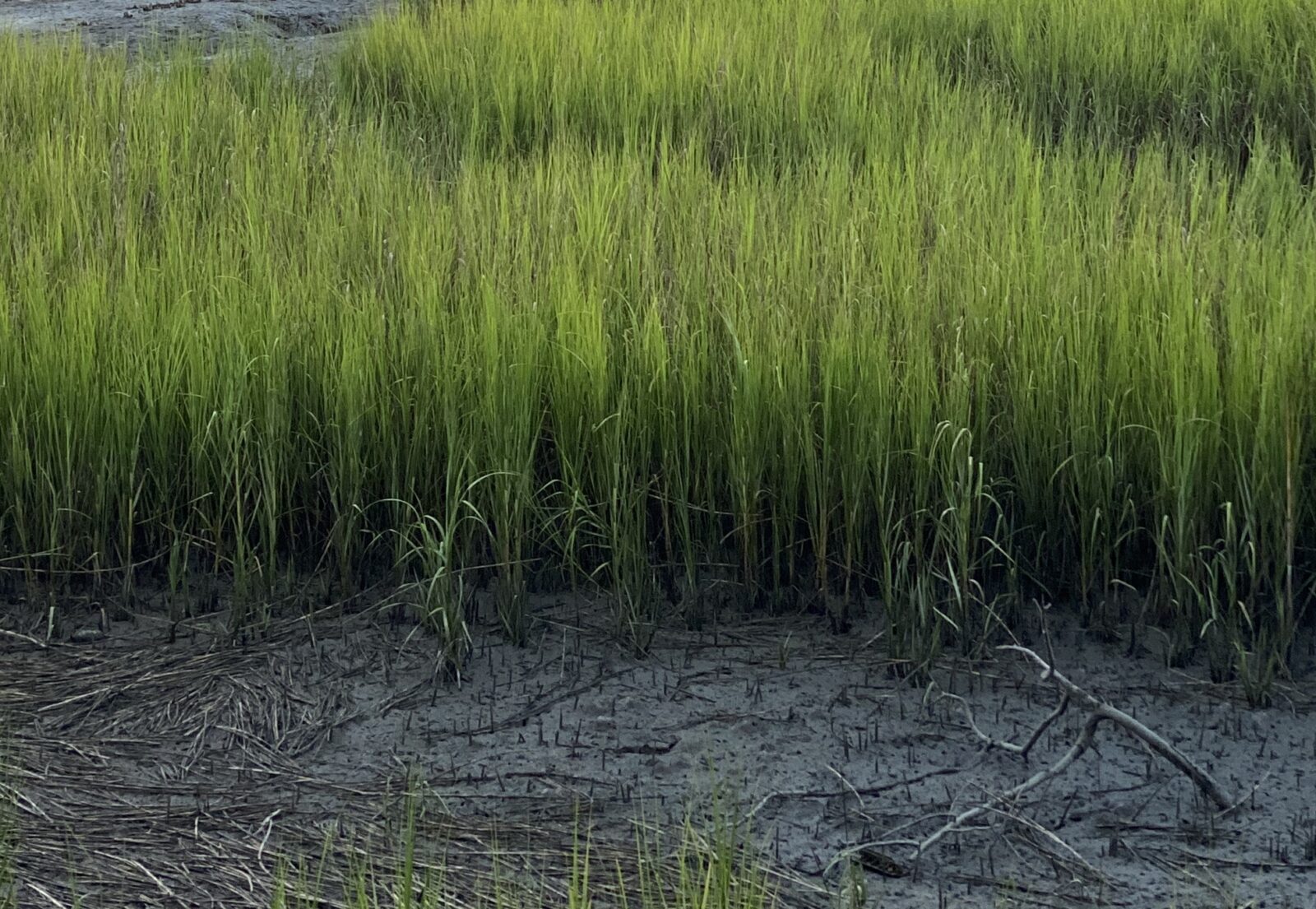 Spartina can be found in almost all coastal areas of the United States. It is actually a freshwater grass but can tolerate great differences in the environment. Its adaptability has allowed it to thrive in our Lowcountry waters. Spartina is able to desalinate the water, which allows it to live in the varying salinity of our area. As the plant absorbs the water through the roots, it separates the salt from the water that it needs. The grass will then release the salt crystals through very small pores found along its leaves. You can run your fingers along a blade of Spartina and pull pure sea salt right off it. Spartina is also an essential filter for our local waters. As the plant absorbs water that it uses in its photosynthetic process, it also breaks down pollutants in the water.

Spartina alterniflora is one of the most essential building blocks for land mass along our Barrier and Sea Islands. It grows in the marshes, connecting roots and gathering sediment to directly create landmass. Their development also stabilizes the soil and adds organic matter (food) to the water column. For some of us who have been in the area for a long time, some of our favorite sand bars have started to grow Spartina, reassuring us that these sandbars will not be going anywhere fast. When the Spartina dies off in the winter months the dead reeds are then carried to both the edges of the marshes and the beaches by currents, wind, and tides. These decomposing reeds will continue to accumulate and in turn create our sand dunes and bluff systems. It is thus building land for us on all sides. 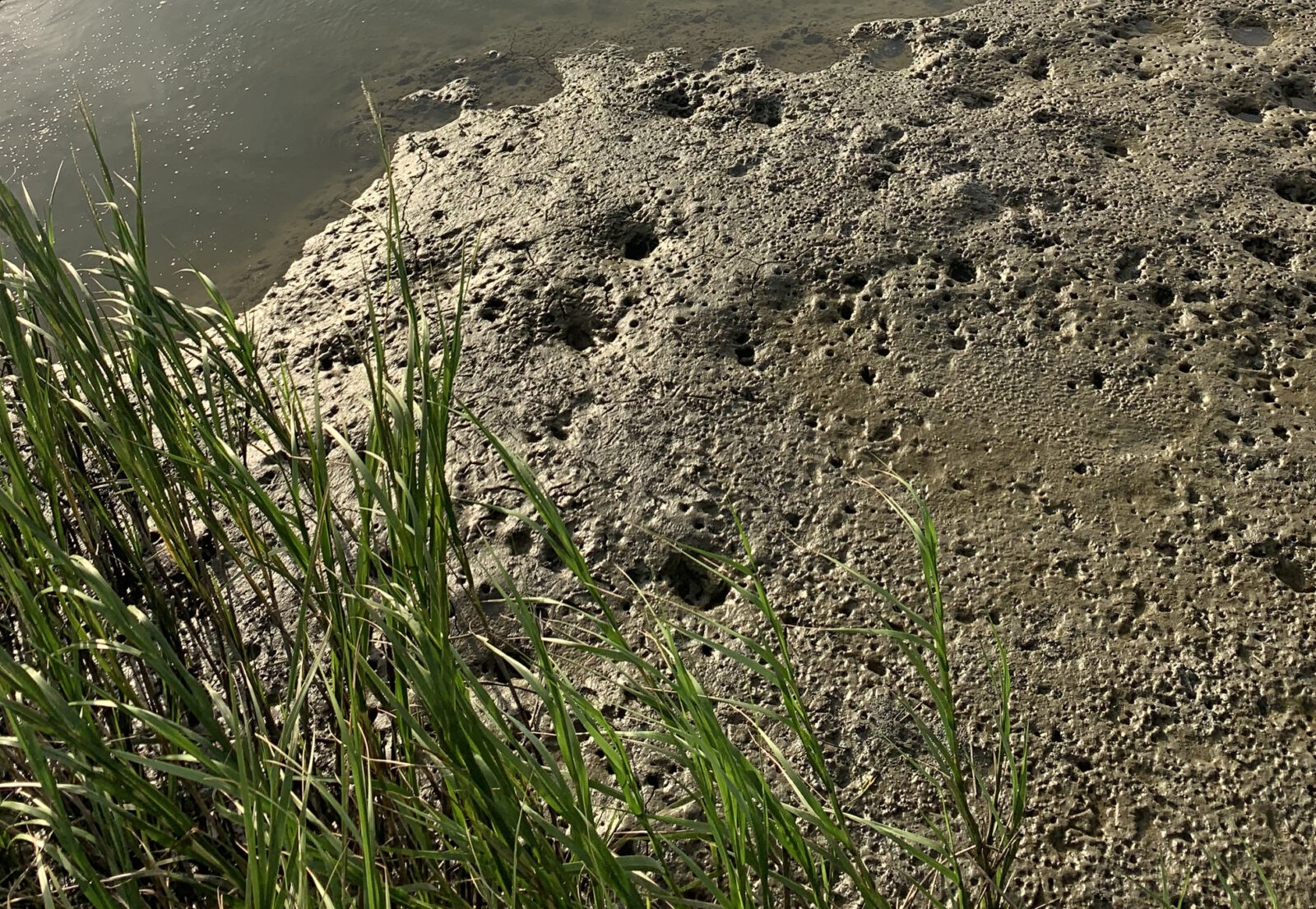 While the Lowcountry is prone to hurricanes in the late summer and fall, we have a built-in security system, thanks to the Spartina grass. The grass acts as a wind buffer and absorbs significant portions of wind before they blow ashore. A great example of this would be to paddle down a marsh creek at low tide rather than high tide – you’ll notice that the difficulty of paddling due to wind dramatically changes. The Spartina acts like a sponge and protects us from storm surge. It absorbs the storm surge by physically being in the marsh, but also due to its creation of our dunes and bluffs systems. 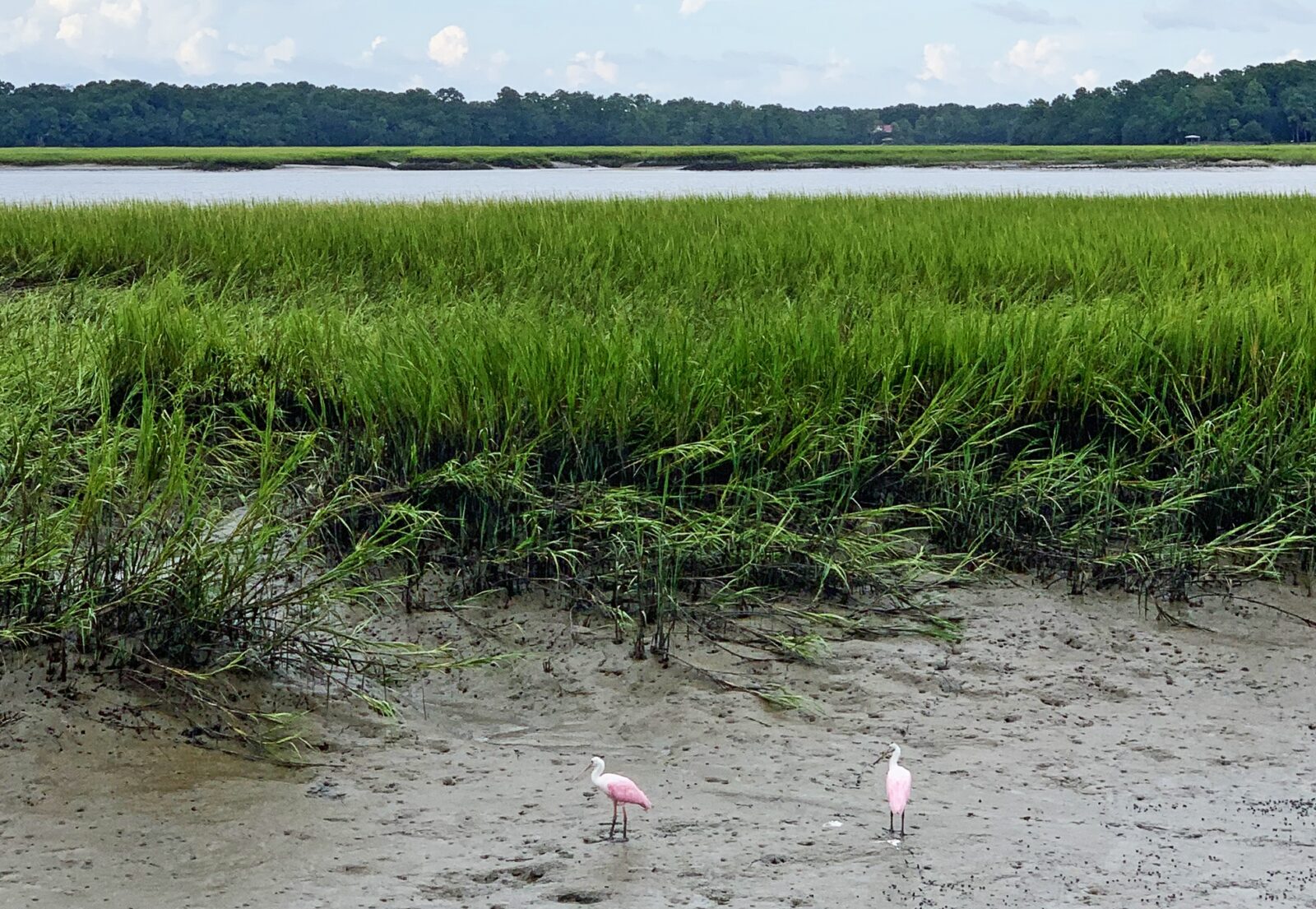 While Spartina technically provides us humans with habitat, it also provides homes for many different creatures both in and out of the water. During high tides, many organisms use the cordgrass to hide, such as crabs, shrimp, and red fish. During low tides, you can find fiddler crabs, periwinkles and insects crawling up and down the stalks of the cordgrass, looking for food. In the Spring, if you paddle through our marshes, you can find Marsh Wrens who have woven their nests into the top of the cordgrass. During a low tide paddle, you may be able to catch a glimpse of a clapper rail sneaking out of the grass for a bath. Even otters will create homes in the higher areas of cordgrass. It provides food, habitat, and protection for so many species.

Spartina is miraculous. If it could have its own theme song it would be “The Circle of Life” from the Lion King. This is a species that keeps the Lowcountry going and growing twenty four hours a day and seven days a week. So next time that you are gazing out at our beautiful marsh, take a moment to appreciate and thank Spartina for all its beauty and hard work.