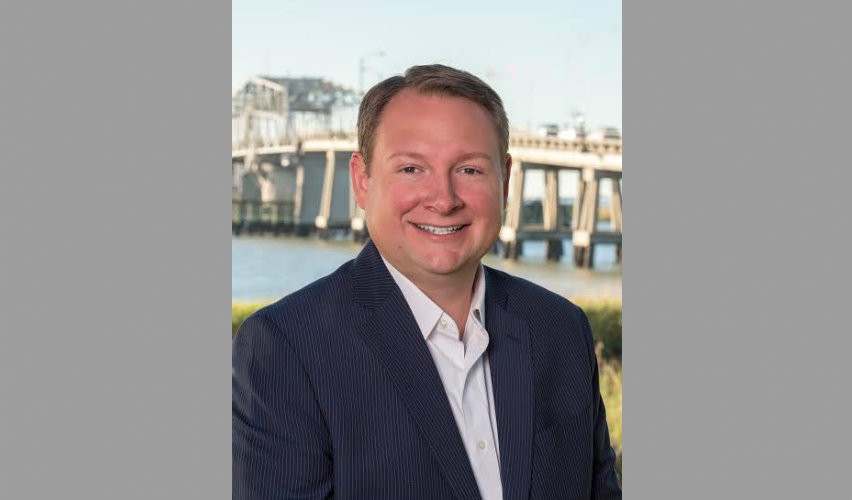 Stephen Murray currently serves on the Beaufort City Council.  As a third generation Beaufortonian, Stephen attended both Beaufort High School and the University of South Carolina Beaufort.  He and his wife, Melissa have twin girls.

Murray is also a local business owner and operator, and currently owns two Beaufort-based small businesses, Kazoobie Kazoos and New South Shirts. Kazoobie is a two time, Top 75 Small Business in the United States awarded by the US Chamber of Commerce.

Stephen explained his interest in supporting LowCountry Habitat as the following, “A friend described Beaufort as islands of opulence in a sea of poverty.  Look around some are doing well and others not so well, especially young families.  Quality of life and affordable housing go hand in hand. Habitat helps fill a need for affordable housing in Beaufort.  Second to a well-paying job, I don’t know what’s as important to live as quality affordable housing.”

“LowCountry Habitat has a clear mission that includes partnerships with the community as well as the families they serve.  The program includes an investment from family partners in the form of sweat equity and with this comes the pride of ownership.  Supporting Habitat provides a hand-up for these families and our community. ” stated Murray.

For over 27 years, LowCountry Habitat has been changing lives in northern Beaufort County by helping to provide the much needed hand up to home ownership to qualified family partners.  Since inception, LowCountry Habitat has built or rehabbed 47 homes with plans to dedicate the 48th home within the next couple of weeks.  The 48th home located on Trask Parkway was sponsored by Brays Island and will be the home of Sheryl Tucker and her son Keyvon.

LowCountry Habitat Executive Director, Chet Houston said, “Stephen Murray is an impeccable choice for our 2017 Annual Fund Drive Chair.  We have enjoyed working with him and the rest of his team at New South Shirts and are thrilled that he has taken this critical role for our organization.”

To donate to LowCountry Habitat for Humanity, visit their website at www.lowcountryhabitat.org or call their office at 843-522-3500.

Every one of us has the ability to make a difference in Beaufort.

About LowCountry Habitat for Humanity

Habitat for Humanity was founded on the conviction that every man, woman and child should have a simple, durable place to live in dignity and safety and that decent shelter in decent communities should be a matter of conscience and action for all.  Habitat ReStores were developed to provide Habitat affiliates with another income stream for building houses while providing a place where still useful building materials and supplies can be recycled and gently-used home furnishings can be resold to new owners reducing the burden on local landfills.

For more information about LowCountry Habitat for Humanity, please call the Habitat office at (843) 522-3500.

Kazoobie LLC. occupies a 6500 square-foot building in Beaufort, SC. Stephen Murray is President and CEO of the company and is assisted by his valued employees. Kazoobie Kazoos has sold millions of kazoos to kazoo players all over the world.  Kazoos have been sent to Japan, Hong Kong, Singapore, Great Britain, Scotland, Australia, New Zealand, Sweden, Belgium, Switzerland, Italy, Canada, and most of the United States including Hawaii and Alaska.

Now more than ever, at Kazoobie Kazoos, We Keep The World Humming!

About New South Shirts
New South Shirts is a small family run company located in beautiful Beaufort, SC. We always found ordering custom garments a difficult, sometimes confusing process. Knowing there had to be a better way, we started learning. In early 2010 we invested in a state of the art Digital Garment Printer and opened up shop, sharing space with The Kazoo Factory.

Digital gives us the ability to provide high resolution, full color garment printing, with no minimums. With our new Online Designer, getting custom garments has never been easier.  With reliable partners we also offer embroidery, engraving, and promotional products.

We are fortunate to live in the South Carolina Lowcountry, and realize we have a duty to be good corporate citizens. New South Shirts is proud to support organizations such as CAPA, LOUD, LowCountry Habitat for Humanity, Rotary Club of the Lowcountry and the Beaufort County School District.

Our goal is to provide the best possible product and customer service at a fair price.