Super season coming to the stage at USCB

USCB Center for the Arts has posted this season’s theater line-up and Beaufort is in for a real treat with several well known performances finding their way onstage through next spring.

On the Mainstage schedule this season are a variety of musical performances and comedy shows including a performance by AJ Croce (Jim Croce’s son), a Motown musical celebration featuring Marlena Smalls, Velma Polk and Elaine Lake, a holiday performance with a healthy dose of Christmas music with the Three Redneck Tenors: Christmas SPEC-TAC-YULE-AR, a performance by Cirque Zuma Zuma filled with non- stop action, music, acrobatics and amazing feats…and lots more.

The Beaufort Children’s Theater is putting on performances of Shrek, Jr The Musical in November and Willa Wonka, Jr. next May; all starring local kids from our community.

In October, the Beaufort Theater Company is holding a musical performances of Conrack based on Pat Conroy’s novel The Water is Wide and April brings a performance of Mel Brooks’ The Producers. The stage actors are all locals…and very talented.

Other special events include the Pat Conroy Literary Festival in October, CAPA’s popular Dancing With Our Stars and USCB is continuing its Lunch With the Author series.

For more on what’s coming this season to USCB’s stage and to order tickets or even season passes, visit https://www.uscbcenterforthearts.com/

The USCB Center for the Arts is located at 805 Carteret Street in downtown Beaufort. 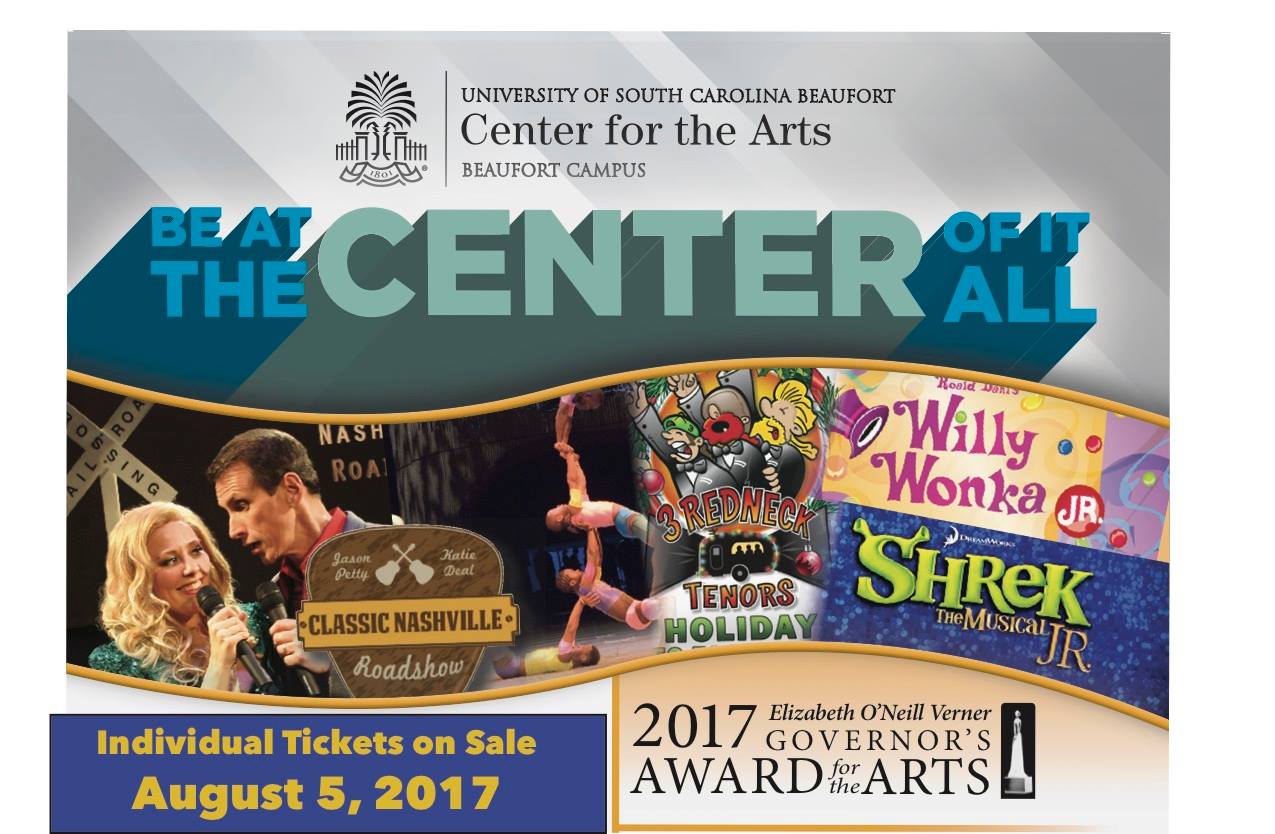