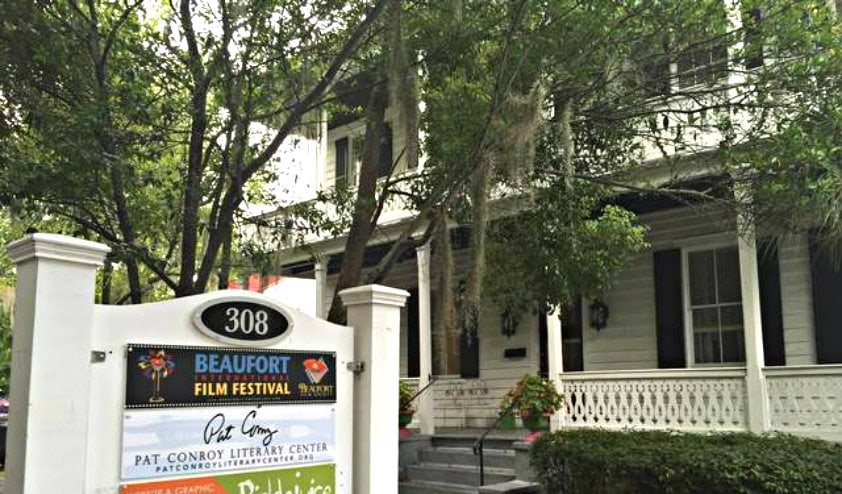 By Nancy Ritter | “I’ve come home to the place I was always writing about,” Pat Conroy wrote in the closing chapter of his 2013 memoir The Death of Santini. The Pat Conroy Literary Center, which opened to the public seven months after the beloved writer’s death on March 4, 2016, draws visitors to downtown Beaufort from far corners and from around the block. Whether you’re a devoted fan of Conroy’s work who regards a visit to his beloved Beaufort as a literary pilgrimage or someone who saw The Great Santini years ago and remains curious about the stories which inspired the book and film, the Conroy Center has something to delight and surprise.

Some visitors come to interact with a tangible part of Conroy’s storied life: his actual writing desk and chair or the MVP basketball trophy from his senior year at The Citadel. Visitors can linger over manuscripts, including longhand drafts of his novels (The handwriting is a revelation in itself!) and the letter that his father, Col. Donald Conroy, the Great Santini himself, wrote to his family when he finished reading The Great Santini. 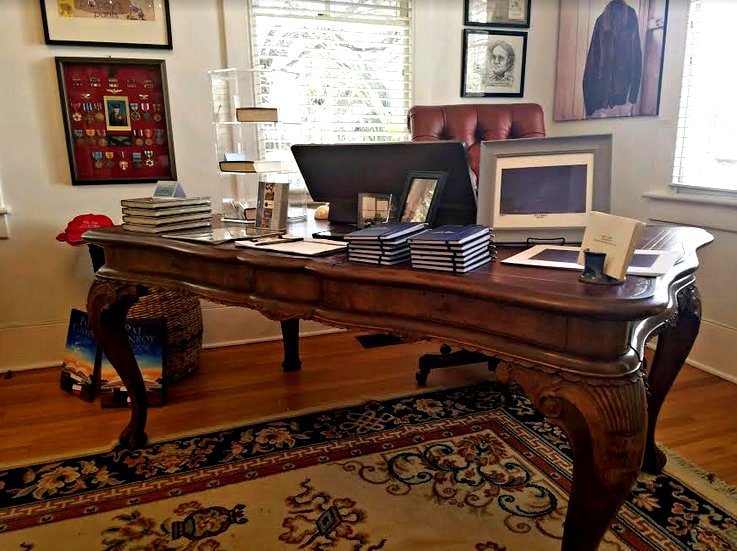 Named a National Literary Landmark in October 2017, The Conroy Center houses numerous artifacts from Conroy’s writing and teaching life, such as the quilt made by his sister, one of his favorite 70th birthday gifts; and the wooden paddle—etched with the signatures of students whose bottoms encountered it—used by Conroy’s high school English teacher (who referred to the paddle as the “board of education”).

Photographs line the Conroy Center as well: Conroy in his personal library, his days as a Citadel cadet, with his students on Daufuskie Island, and with his family. Other artifacts came to the Center after Conroy’s death, like a production-crew jacket from the Beaufort filming of The Prince of Tides and a glorious metal-sculpture donation box designed and created by local high school students.

Even people who’ve never read a word of Conroy’s work find themselves drawn to the Conroy Center’s old-fashioned message board, where visitors can leave a personal note, like “It’s because of The Water Is Wide I decided to become a teacher,” or “I had a Santini too.” So, whether you’re a longstanding Conroy devotee, someone who’s been moved by the writer’s personal journey as the eldest son in a dysfunctional family, or a stranger to Conroy’s novels who just wants to sit on the front porch and rock for a while, the Pat Conroy Literary Center is worth a stop on your visit to Beaufort. 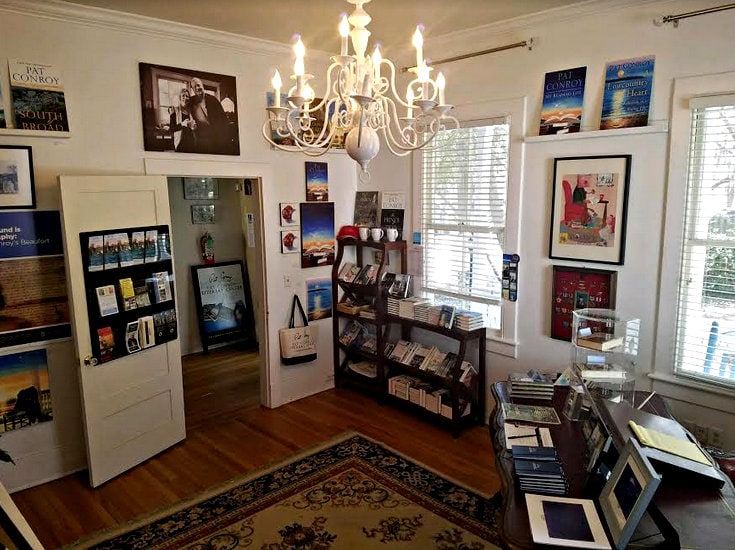 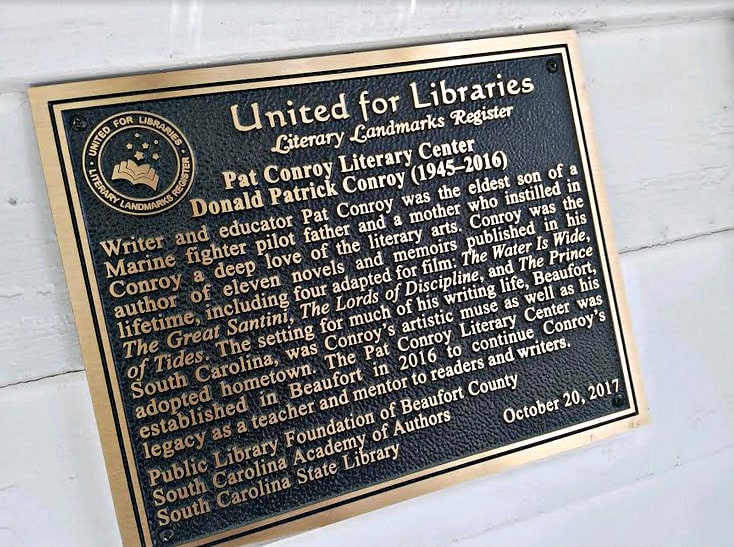