The Show Went On

beaufortsc Attractions, Beaufort
When I am not saying things I shall soon regret, tackling impossible tasks for no apparent reason or lamenting over misuse of the term farmhouse; I read. One of my all-time favorite quotes is from English-American columnists, Christopher Hitchens who proclaimed this simple truth, ‘ I don’t think it is possible to have a sense of tragedy without having a sense of humor.’
Last night amidst the chaos of a world suffocating in information yet starving for truth, I sat on stage looking out towards the blinding light of uncertainty. As the entire globe cancels life, our town chose to show up. A crowd of my neighbors, fellow business owners, medical professionals and friends whose shoulders are heavy from unexpected blows from an invisible adversary gathered as one even if just for a few hours.
We had but one choice. The show simply must go on and on it did. The show is life and it doesn’t just end when things get heavy instead it begins. There was a job to be done, a commitment to keep and a community to strengthen. Through a glittering haze, the human spirit freshly bronzed and blushed arose in defiance of defeat. We are fighting child abuse. We are standing for the weakest among us. We just happen to do it in feathers, sequins and the guise of comedy. 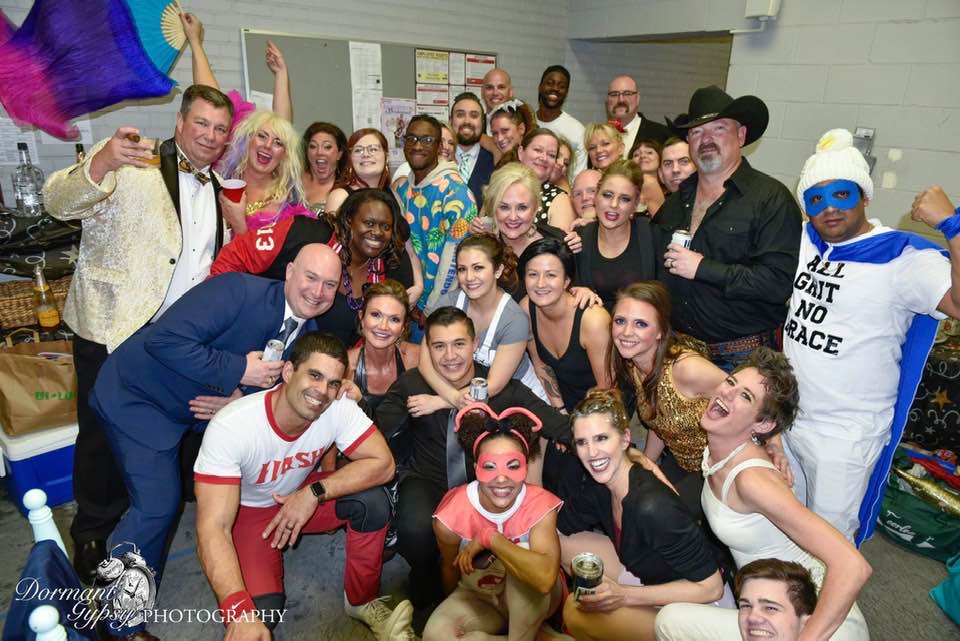 In a time of seemingly insurmountable challenges, the heart of a champion finds the path. That heartbeat was heard and felt like the beat of a drum throughout the auditorium as people put aside insecurities, self-doubt, and fear of the inevitable wardrobe mishaps, to fight for a cure for which there is no vaccine.  Hearts heavy, shoulders burdened and minds tired from stress were replaced with costumes, dedication, and fierceness of spirit that was palpable.
Beaufort, SC sparkled like a diamond underneath the lights of determination. Each team that took that stage did so for the greater good. While the majority of our world is currently focused on self-preservation these amazing souls focused on child protection. Even if just for a few hours, the heaviness of uncertainty was lifted by laughter and perspective regained.
It takes a village and when the village loves, laughs and dances together the days seem less difficult, challenges less daunting and the impossible suddenly loses shape. This town raised $200,000 by enjoying each other, dining and dancing together. Through laughter, friendship and refusing to give into grim acceptance a tragedy is being fought, being faced head on and a battle is being declared. We will not stand idly by, we will shimmy, shake and sense of humor our way to a solution. We will do so no matter the obstacles.
Rest sweet Beaufort, South Carolina, you did good. Together we will fight. Together we will win. Together is our cure.
By Cherimie Crane Weatherford