Tidalholm: One of Beaufort's many larger-than-life Historic Homes

The Edgar Fripp house, also known as Tidalholm, is a large absolutely beautiful home built in Beaufort in 1853.

Mr. Fripp built this home as a summer retreat, as did many of the plantation owners during the antebellum period. Heat and mosquitoes made life very intolerable on St Helena. The home was enjoyed by the Fripp family up until the Civil War. When Union troops occupied Beaufort on November 7th, 1861, Tidalholm was among the mansions seized by the Union and served as Union Hospital #7 during the occupation of Beaufort. 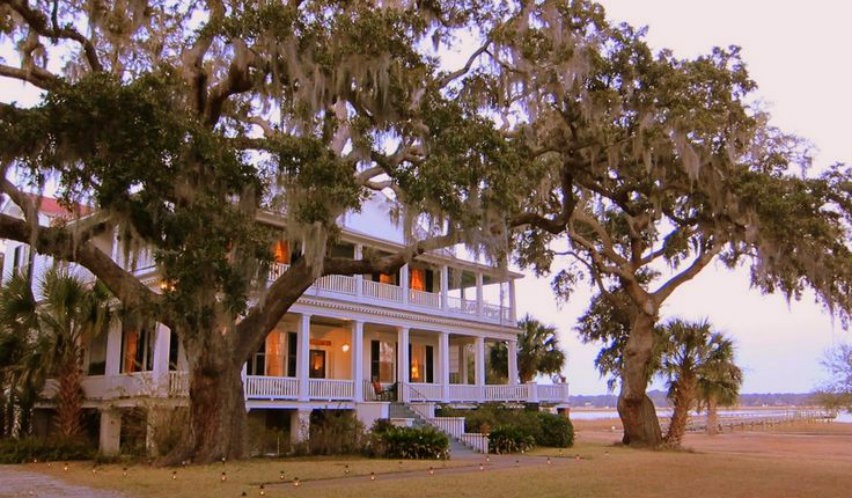 After the Civil war ended, these mansions were put up for tax auction, and Tidalholm was included in this massive auction. According to Fripp family legend, when James Fripp returned after the war he arrived just as the house was being auctioned for taxes by the U. S. Tax Commission. He was unable to bid on his home so he stood with tears coursing down his cheeks. It is said that a Frenchman, who had been living in the area and who was sympathetic to the South, purchased the house. He walked over to Mr. Fripp, presented him with the deed, kissed him on both cheeks, and left, returning to France before Mr. Fripp had a chance to repay him.

From the 1930’s until 1974, Tidalholm was used as a guest house. Many authors, professors, statesmen and artists have spent lots of time in the mansion.  It is an inspiration. The home sits on a parcel that is almost completely surrounded by the Beaufort River. Embellished by majestic live oaks draped in moss, the original style of the home was extensively altered after the “great hurricane” of 1893 and then restoration in 1972 brought the home back to its glory as a private residence.

1979 brought Hollywood to Beaufort and it knocked on the front door of Tidalholm. The Great Santini starring a young Robert Duval opened the world to Tidalholm. Another movie that graced the walls of Tidalholm was The Big Chill, filmed in 1983.

It gave the home the alternate name of “The Big Chill House”.

After some 4 years on the market and a list price once as high as $4.5 million, Beaufort’s famous Tidalholm finally sold in April 2017. The 7,000 + square-foot home with 7 bedrooms & 7 bathrooms sitting on the water on Laurens St. was sold for $1.76 million to John Tashjian, a New York developer and a Beaufort native, Katie Cunningham.