USCB’s Festival Series Chamber Music concerts continue on Sunday, February 10th, at 5pm. Enjoy an evening of delightful sounds from prize-winning musicians as they play music that both delights and moves even the least musical among us. Come welcome world renowned artists pianist Jeremy Denk, violinist Stefan Jackiw, and cellist Edward Arron for an evening of classical music pieces by Stravinsky, Haydn and Schubert.

In 2012, Jeremy Denk made his debut as a Nonesuch recording artist with a pairing of masterpieces old and new: Ligeti’s highly 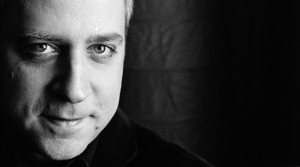 complex Études and Beethoven’s final Piano Sonata. This album was featured onFresh Air with Terry Gross, while BBC Music’s review concluded: “All in all, it’s a marvel.” The pianist also plans to record Bach’sGoldberg Variations early in 2013.

An avid chamber musician, the pianist has most recently spent considerable time touring with violinist Joshua Bell, and French Impressions – their recording of Franck, Saint-Saëns, and Ravel – was recently released on the Sony Classical label, winning the 2012 Echo-Klassik award.

Born in 1985 to physicist parents of Korean and German descent, Stefan Jackiw began playing the violin at the age of four. His teachers have included Zinaida Gilels, Michèle Auclair, and Donald Weilerstein. He holds a Bachelor of Arts from Harvard University, as well as an Artist Diploma from the New England Conservatory. In 2002, the young artist was awarded the prestigious Avery Fisher

Career Grant. He makes his home in New York City.

Jackiw is recognized as “one of the best and most interesting young violinists heard in a long time” (Chicago Sun-Times), captivating audiences with playing that is “striking for its intelligence and sensitivity” (Boston Globe). Hailed for “talent that’s off the scale” (Washington Post), Jackiw has appeared as soloist with the Boston, Chicago, Cleveland, New York, Philadelphia, and San Francisco symphony orchestras, among others, and he has collaborated with such renowned conductors as Marin Alsop, Andrew Davis, Giancarlo Guerrero, Hannu Lintu, Ludovic Morlot, Yannick Nézet-Séguin, and Yuri Temirkanov. His solo performance of Mendelssohn’s Violin Concerto with the YouTube Symphony Orchestra at Australia’s Sydney Opera House last March was seen live on YouTube by more than 30 million people worldwide.

Festival Series host, cellist Edward Arron has garnered recognition worldwide for his elegant musicianship, impassioned performances, and creative programming. A native of Cincinnati, Ohio, Arron made his New York recital debut in 2000 at the Metropolitan Museum of Art. Earlier that year, he performed Vivaldi’s Concerto for Two Cellos with Yo-Yo Ma and the Orchestra of

St. Luke’s at the Opening Night Gala of the Caramoor International Festival. Since that time, Arron has appeared in recital, as a soloist with orchestra, and as a chamber musician throughout the United States, Europe and Asia.