Military Life: What We Take with Us When We Leave Beaufort

Every year the Marine Corps relocates families to and from Beaufort. Since most Marines typically fulfill a three year duty station experiencing Beaufort military life, it’s only a brief time that a military family can call Beaufort “home”. What is it that we will take with us when we leave? What will we remember most about Beaufort when we are stationed around the country, and sometimes the World?

I’ve asked some local active duty personnel and their families, and offered some of my own observations as well, and I came up with the conclusion that while there are many things we appreciate about the Lowcountry and the local community, here are 10 things (in no particular order) that we will never forget about Beaufort and the experiences we’ve had that we will take with us when we leave…

1. The Downtown Waterfront:   We’ll never forget gorgeous, sunny days downtown by the water. Letting our kids wear themselves out on the 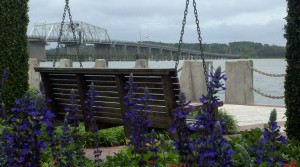 playground, or spreading out a blanket on the grass and enjoying a good book. Sometimes its nice to just sit on the swings and people watch, or enjoy the sailboats drifting by. There’s local restaurants to duck into and grab a bite to eat or drink, and its not always the food that we crave. Sometimes getting away from the military and feeling like we’re a part of the community is refreshing. We’ll never be locals, but we can pretend.

2. Graduation Days:  It’s hard to describe the amount of pride you feel when you see a loved one walk across the parade deck on Parris Island on graduation day. Whether your recruit

just became a Marine, or your Drill Instructor is graduating his platoon, there is no way to measure what it feels like. There are many, many tears of joy and pride shed on Fridays. However small your part was, you helped them get there and you are a part of their success. The experience will forever change and be remembered by every recruit, Marine, and family member, that steps foot on Parris Island.

3. Festivals, festivals, festivals:   Love shrimp? The Shrimp Festival has you covered. Crave crab? No problem, just attend the Softshell Crab Festival. Just love food in general? Then A Taste of Beaufort is where you need to be at. Film lovers can also flock to the Beaufort International Film Festival. One of the first things a military family is told is they must attend the Water Festival. 10 days of music, arts, food, tournaments, and performances, and you have the receipe for fun-filled summer nights. Trust us, we’ve seen many places, but nobody knows a festival like Beaufort.

4. A Rich History: One way to make yourself feel acquainted with a new city is to learn about it. And with Beauforts long history, there’s no shortage of places to look. Take a carriage ride downtown and learn about the history along Bay Street & Port Republic Streets, then get off the

beaten path too. Head over to Parris Island and take a look in the museum that this Island has been operating since 1915! Just having celebrated its 300 birthday, Beaufort is alive with stories from the past, and what better way to get to know a place than to see what its been through. And there’s fun history Beaufort is proud of too, with famous films such as Forrest Gump and The Prince of Tides having taken advantage of the Lowcountry, and filmed here.

5. The Drive-In Movie Theatre: Have your grandparents or parents ever told you about 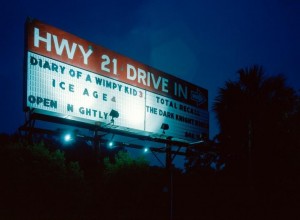 going to old-fashioned drive-ins? In Beaufort, you can still do that. Simply load up the family, and head over to a movie. Some of us tail gate, bring chairs, or just snuggle up in the car. While it’s perfect for families not yet brave enough to take a young one to the regular theatre, it’s also just plain fun. And with the offer of free admittance on military appreciation nights, its a done deal.

6. The Beach: Driving through the palmetto-filled forest to reach the Hunting Island beach is a unique experience for those accustomed to the typical, barren, east coast beach. Arriving at the beach means navigational skills; the road twists and turns through the tropical-feeling 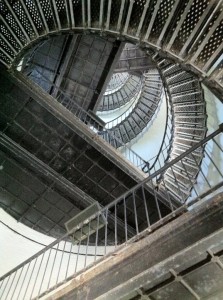 forest. Explore the lighthouse and see how beautiful the island is from 132 feet above the ground. One of my favorite Valentines Day memories is navigating the seemingly endless staircase to see the view with my husband. It is also a wonderful place to fish, hike, or camp. And of course, there’s the ocean too.

7. The Weather: Summer can have some pretty brutal days when you feel your going to melt just stepping out the front door. And with that brings sunburn, bugs and everything else summer has to offer in the south. However, that’s all forgotten when your enjoying a winter’s day in a t-shirt and shorts.
It’s forgotten even more when you can call your family to inform them it’s 70 degrees in January. This is especially fun if their clearing their driveway of a few feet of snow.

8. Holidays in Beaufort: It’s hard to imagine feeling more patriotic and in the spirit of the 4th of July than by attending Parris Island’s annual celebration. You can enjoy free food, activities, and watch fireworks on the same parade deck that is so iconic to the Marine Corps. Listen to taps being played while

the flag is lowered and watch every Marine stand at attention; its almost impossible not to feel patriotic and sense the “espirit de corps”. One of my personal favorite local holiday activities is taking my daughter trick-or-treating downtown. It’s fun to see the childrens costumes, and the local business owners getting into the spirit of things by dressing up and handing out candy. Adults can enjoy the holiday as well. Hop on a carriage for CAPA’s haunted ghost tours and prepare for some spooky fun. At those types of events, we truly feel a part of the community, and at home.

9. The local businesses: Let’s face it, many of the Marine Corps duty stations are in cities that are not particularly vibrant or family friendly.  So it’s a welcome break to be stationed in a town that thrives on locally owned businesses. Recently we were able to show off Beaufort to my husbands grandparents during their recent visit. After a walk around the downtown area, we stopped in a shop on Bay Street. The employees went beyond the usual sales pitch and engaged us in conversation about where we were from, why we were here, and how we were enjoying the town. It was southern hospitality at its best, and we enjoyed the conversation as much as looking over the merchandise. The merchandise also deserves a mention, as we can find quality-made items that are unique to the Beaufort area and will be kept as a reminder of our time in Beaufort.

10. The Atmosphere: For some of us already from the south, southern hospitality is something we take for granted. Until we go to another part of the country and are met with reality…  most towns aren’t the friendly and laidback town that Beaufort is. However, there is something that

sets Beaufort apart from even other southern towns with a military presence. Beaufort is the first community I’ve come across with a strong military presence that embraces and appreciates us. When my husband was stationed here, the first sign that Beaufort was different was when a local restaurant asked me and my husband if we were military, and when we said yes, we were given a discount. Not unheard of when we travel to places that are non-military cities, however, if you try asking for a discount in say, the Jacksonville, NC area, I bet you’ll be refused.  With roughly 90% of the population active duty, the going rate is the going rate there.

I have never been thanked right outside a Marine base by a local for my contribution as a spouse.

And that may seem like a small thing, but it is a welcome change.

After all, life is made up of the little things…..as are communities.