Some amazing local museums are housing lots of Beaufort’s 500 years of history. From Revolutionary and Civil War history to civic, Sea Island, cultural and even agricultural history, lots of Beaufort’s lifetime is kept inside these walls for everyone to discover.

You can tour seven different museums during your visit, and even take a day and explore four or five of them sandwiched in between breakfast and dinner.

Housed in the centuries old Beaufort Arsenal, the Beaufort History Museum provides a journey into the Lowcountry’s the past.  The museum showcases a collection of artifacts, photographs, and documents on a wide range of topics. Visitors will learn about the arrival of the French, Spanish, and English settlements, the European explorations, the Revolutionary War, the antebellum economy, Gullah influences, the Civil War, Reconstruction and more.
Tours are available and a knowledgeable guide will lead visitors through nearly 500 years of Beaufort’s past.
Address: 713 Craven St, Beaufort SC,  Phone: (843) 379-3079   Hours: Monday through Saturday 10AM–4PM 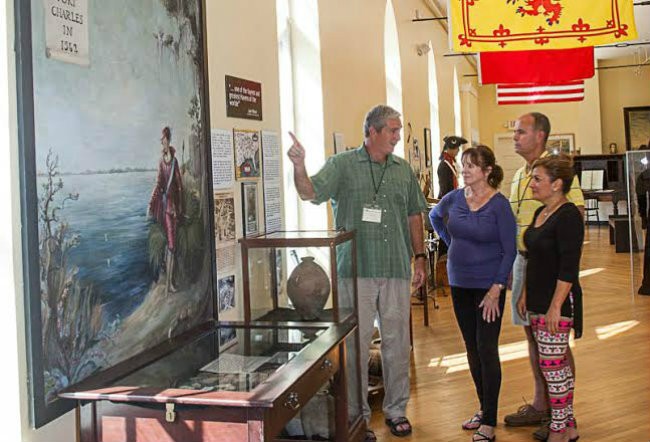 In 1566, the Spanish established a town and fort on the shores of Port Royal Sound on Parris Island. Few realize that Santa Elena was the first European colonial capital in North America and The Santa Elena Foundation is working to change all of that. The Santa Elena History Center was established to restore a “missing century” of South Carolina and American history. The exhibit houses ancillary throughout the building. Stop in from 11:00 am -2:00 pm on a Friday, and a costumed docent will tell visitors about life during the 16th century settlement. Visitors can engage the Foundation members to learn more about the rise and fall of Santa Elena.
Address: 1501 Bay Street, Beaufort SC  Phone:  (843) 379-1550  Hours:  Tuesday through Saturday 10am to 4pm 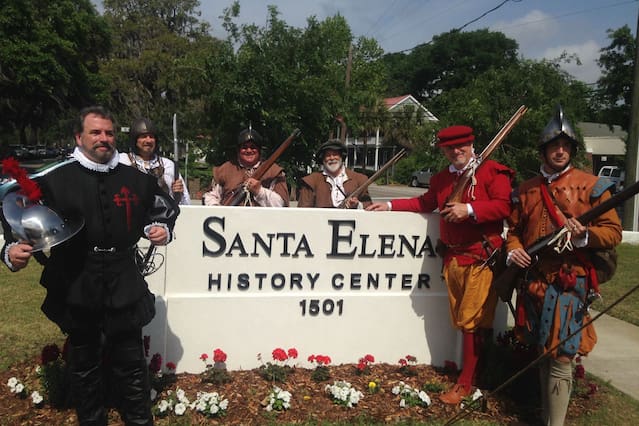 The John Mark Verdier House Museum is one of the most significant of all Beaufort landmarks. Built in 1804, this magnificent home is a testament to the beauty of Federal style architecture located right in downtown Beaufort. John Mark inherited his father’s estate in the 1700s and became even wealthier by selling cotton in Europe. Verdier built a wharf and storage buildings for his ships and then spent much of his money constructing his new home on Bay Street. A show of status with examples of many fine architectural details that were popular in that era, the house is an absolute must-see when visiting our historic downtown.  In 1971, the house was listed on the National Register of Historic Places and was opened as a museum. Take a professionally guided tour of the preserved home with the Historic Beaufort Foundation to hear some amazing stories of this classic Beaufort residence. Tidbit: The house was the first site in the area to have a telephone.
Address:  801 Bay Street, Beaufort SC  Phone:  (843) 379-6335  Hours: Monday through Saturday 1030am to 330pm 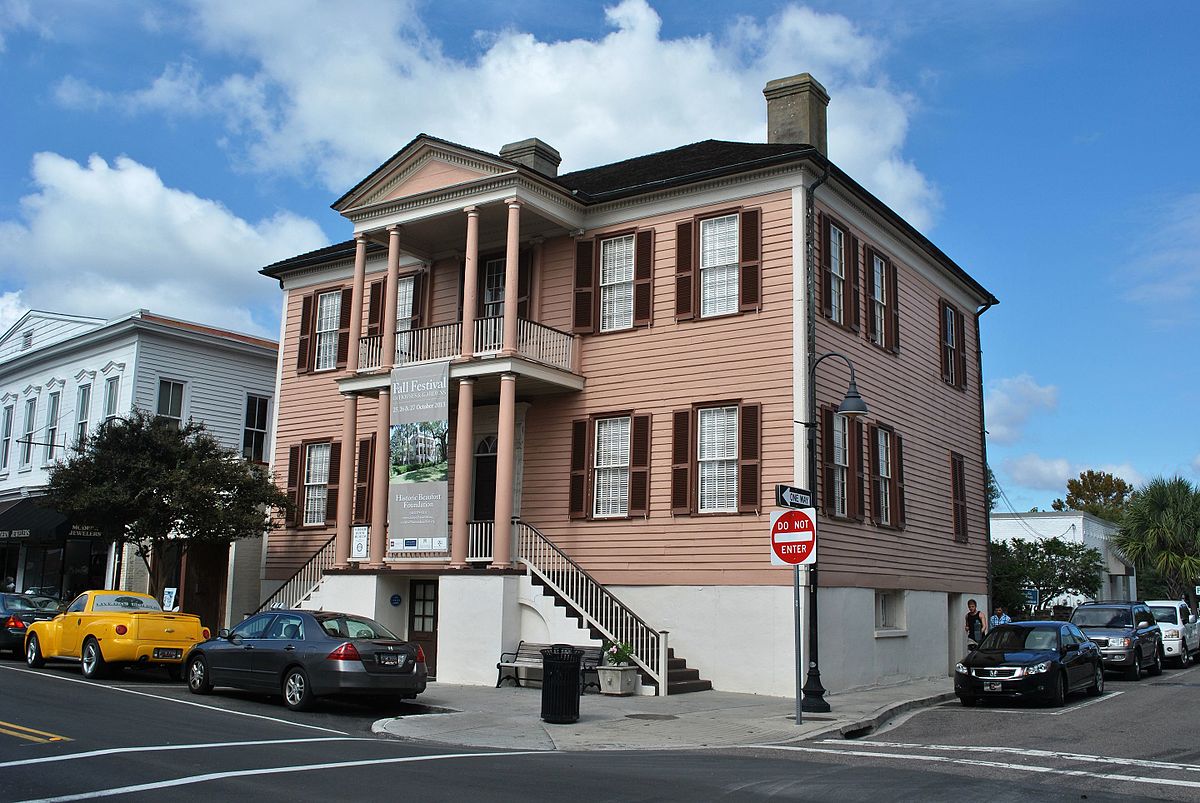 Explore the history of the United States Marine Corps, as well as that of Port Royal at the Parris Island Museum. The Museum features thousands of artifacts, documents, photographs and more on the history of recruit training, Parris Island, 20th Century Marine Corps and Port Royal’s important military presence from the American Revolution to the Civil War. Encompassing more than10,000 square feet, visitors to the galleries are bound to find inspiration from the images of Marines who served our nation during some of history’s most challenging times.
Address:  MCRD Parris Island, 283 Blvd De France, Parris Island SC  Phone:  (843) 228-2951  Hours:  Open daily from 10am to 430pm  Free admission 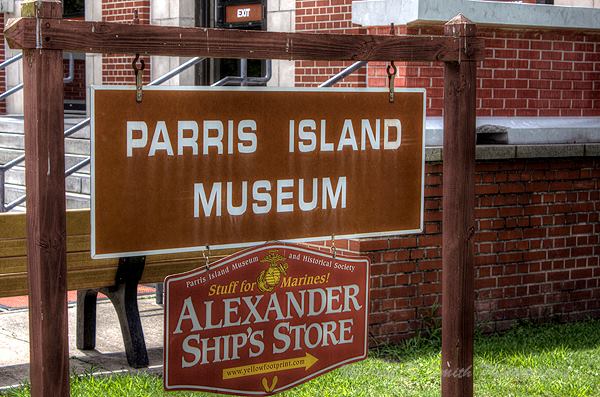 The York W. Bailey Museum, named after a Penn Center student who went on to practice medicine on St. Helena Island, offers a look into the stories of the people whose lives were changed by the establishment of Penn School in 1862. Especially inspiring are the many photographs of students at work, some of which were taken as far back as the 1860s. A helpful video offers history and personal recollections of the Penn Center’s past, and local artists fill the gift shop with handmade sweetgrass baskets and colorful, original artwork.
Address: 16 Penn Center Circle West, St. Helena Island SC  Phone:  (843) 838-2474  Hours:  Tuesday through Saturday from 9am to 4pm 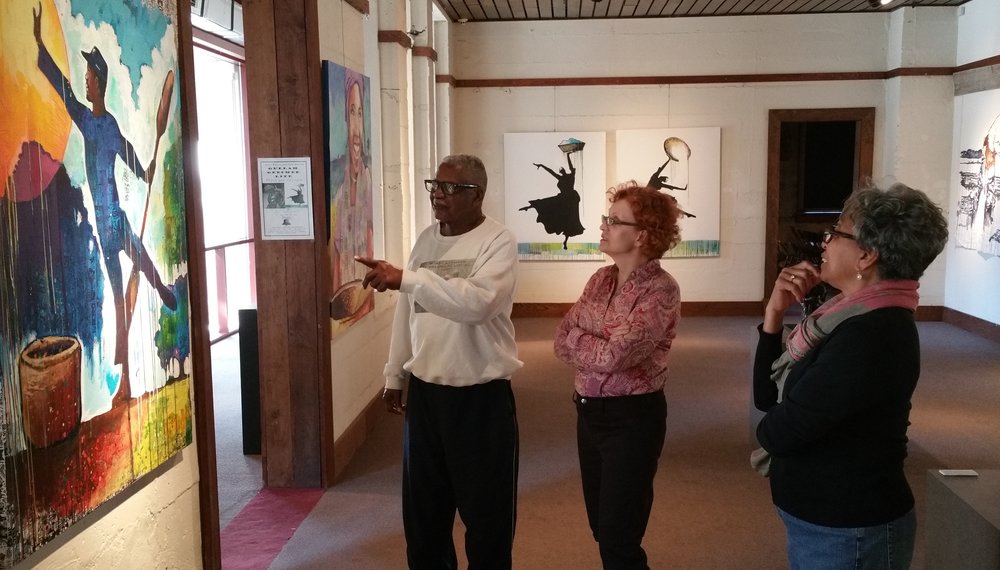 Venture about 30 minutes outside of Beaufort and you will come across the Lowcountry Visitor’s Center & Museum at the historic Frampton Plantation House. The property was originally part of a King’s Grant to the Frampton family in the 1700s. John Frampton, along with 130 slaves, worked multi-acreage land to produce rice and Sea Island cotton. Frampton also served as a delegate in the 1860 South Carolina Convention and signed the Ordinance of Succession.  Forced to evacuate because of his involvement in the succession, General Sherman’s troops targeted the home and burned it to the ground. In 1993, the home was donated to the Lowcountry Tourism Commission and now serves as The Lowcountry Visitors Center and Museum. The museum features a 1900s recreated plantation parlor, as well as displays and antiques. Don’t forget to stop by the gift shop and pick up a unique souvenir.
Address: 1 Lowcountry Lane, Yemassee SC  Phone:  (843) 717-3090  Hours:  Open 7 days a week from 9am to 5pm  Free admission 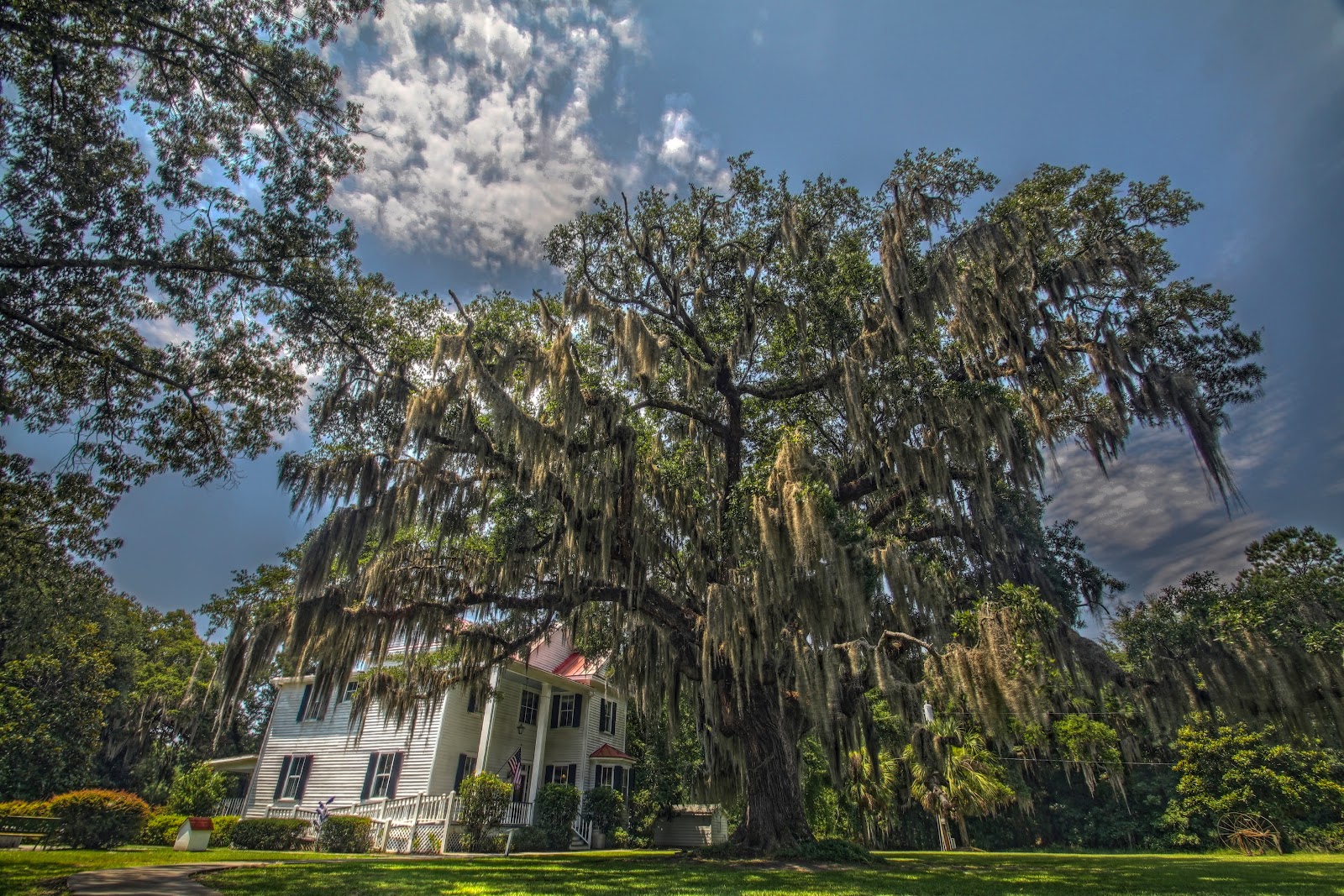 Located 30 minutes outside of Beaufort, the Morris Center for Lowcountry Heritage is located in the heart of downtown Ridgeland. Set up in a restored 1937 gas station, the non-profit organization is an educational destination for all, providing programing and changing exhibits connected to our Lowcountry heritage. The center offers a myriad of interactive opportunities, cultural contributions, narrations and other art forms. In addition, with exhibits on topics such as the Civil War Battle of Honey Hill or the Lowcountry Heroes in WWII, the Morris Center hopes to preserve the history and inspire interest about Jasper County and the surrounding areas.
Address:  10782 Jacob Smart Blvd South, Ridgeland SC  Phone:  (843)  284-9227  Hours:  Tuesday through Saturday 10am to 5pm  Free admission 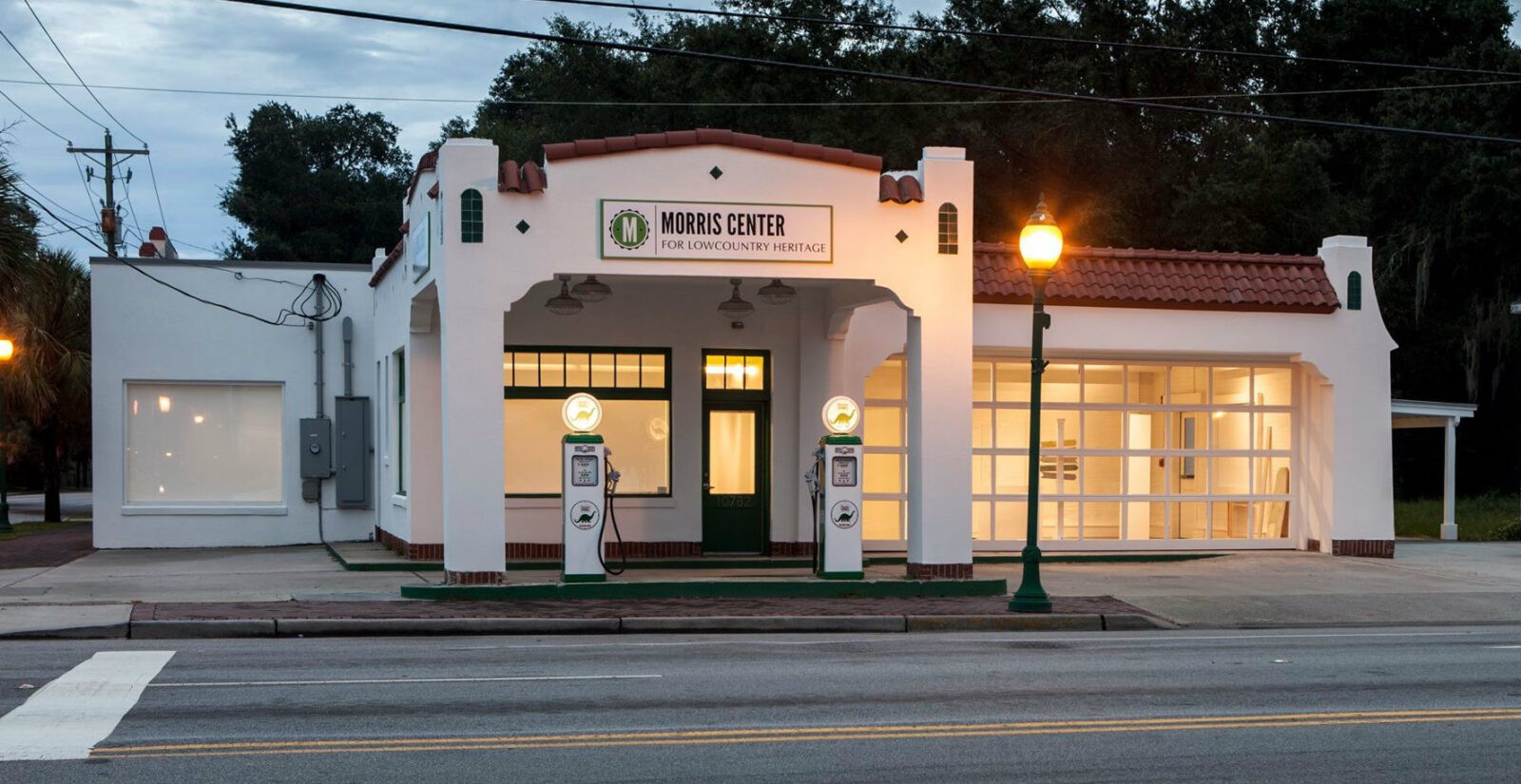 From Thaddeus Von Clegg’s 1840 workshop to contemporary electric kazoos, the museum at The Kazoo Factory guides you through the engaging journey of one of America’s only homegrown instruments. Founded in 2007 The Kazoo Museum hosts a collection of nearly two-hundred unique kazoo-related items. The Kazoo Factory offers a Kazoo Museum, Factory Tours, a Gift Shop and more.  Tour the Kazoo Factory and learn how kazoos are made, imprinted, packaged and shipped all over the world, and make your own to take home.
Address: 12 John Gault Road, Beaufort SC  Phone  (843) 982-6387  Hours:  Monday through Friday 9am to 5pm.