By Mary Ellen Thompson | It’s looking to be a fabulous band hopping weekend in Beaufort with lots going on all over the place. As always, Thursday evening starts the hop off with the Bull Grapes at Q on Bay – 8 until 11.

Usually band hopping is free, but this weekend holds a couple of events that require a teensy dip into your pocket cash – but well worth every penny.

On Friday, you will need to have a big spring in your step to cover all the territory this weekend holds. The Beaufort Homegrown Music Fest will be on the 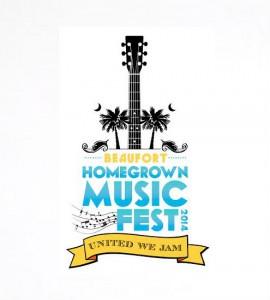 lawn at USCB in front of the Center for the Arts with FREE concerts, starting at 1 and lasting outside until 6:30. You can hear Eric Daubert, the Parris Island Marine Corps Jazz Band, Katie McAllister, 2 Far Gone, and Amber and the Fossils. Each band plays a 50 minute set.

Stroll down Bay Street at 5:30 for Art Walk to change the mood – then head over the bridge for a taste of the High on the Hog BBQ Festival at WhiteHall Plantation, starting at 6 with music by Deaz Guyz; tickets are $20 with assorted discounts available and includes unlimited samples of food.

Swing back over the bridge and into town for the Sweetgrass Angels at LowCountry Produce Market and Cafe from 6 – 9; wander down the street back to the Homegrown Music Fest for the Groovetones, Brewer Band, and Bootless on the inside stage, tickets are $10 for all three bands, starting inside at 6:40 and lasting til 9:30. If you’re fast on your feet you can catch Mark Bonds at the Back Porch Grill who will be playing from 7:30 – 10:30. Your final leap will be out to the Foolish Frog for Billy Drysdale. Save some energy for tomorrow because you have miles to hop. 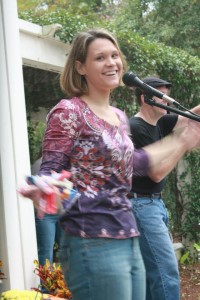 Saturday starts with the Music Fest at USCB again on the lawn starting at 1 with Irene Goodnight, Redemption House, Rick Hubbard – the Kazoobie Guy, Sometimes Later Band, and Shark Rodeo, ending at 6:30, again all outside bands are free. The inside lineup for only $10 for the evening includes, starting at 6:40, the Sweetgrass Angels, Reckless Mercy, and the Bull Grapes, playing until 9:30. If you’re in the mood for some BBQ – then head back to High in the Hog between 12 and 4 where you can listen to Broke Locals, tickets are $15 with some discounts available. Walker Dean will be at the Back Porch Grill from 7:30 – 10:30, and then hop on out to the island where Double Naught Spies will be playing from 7 – 11 at the Foolish Frog, and a final leap to Boondocks for the Beer Can River Band who will be there from 8 until 11 or so.

Sunday’s stroll is much gentler – Vic Varner and Friends at Saltus River Grill from 6:30 until 9:00. 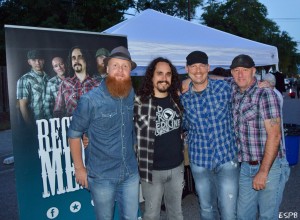