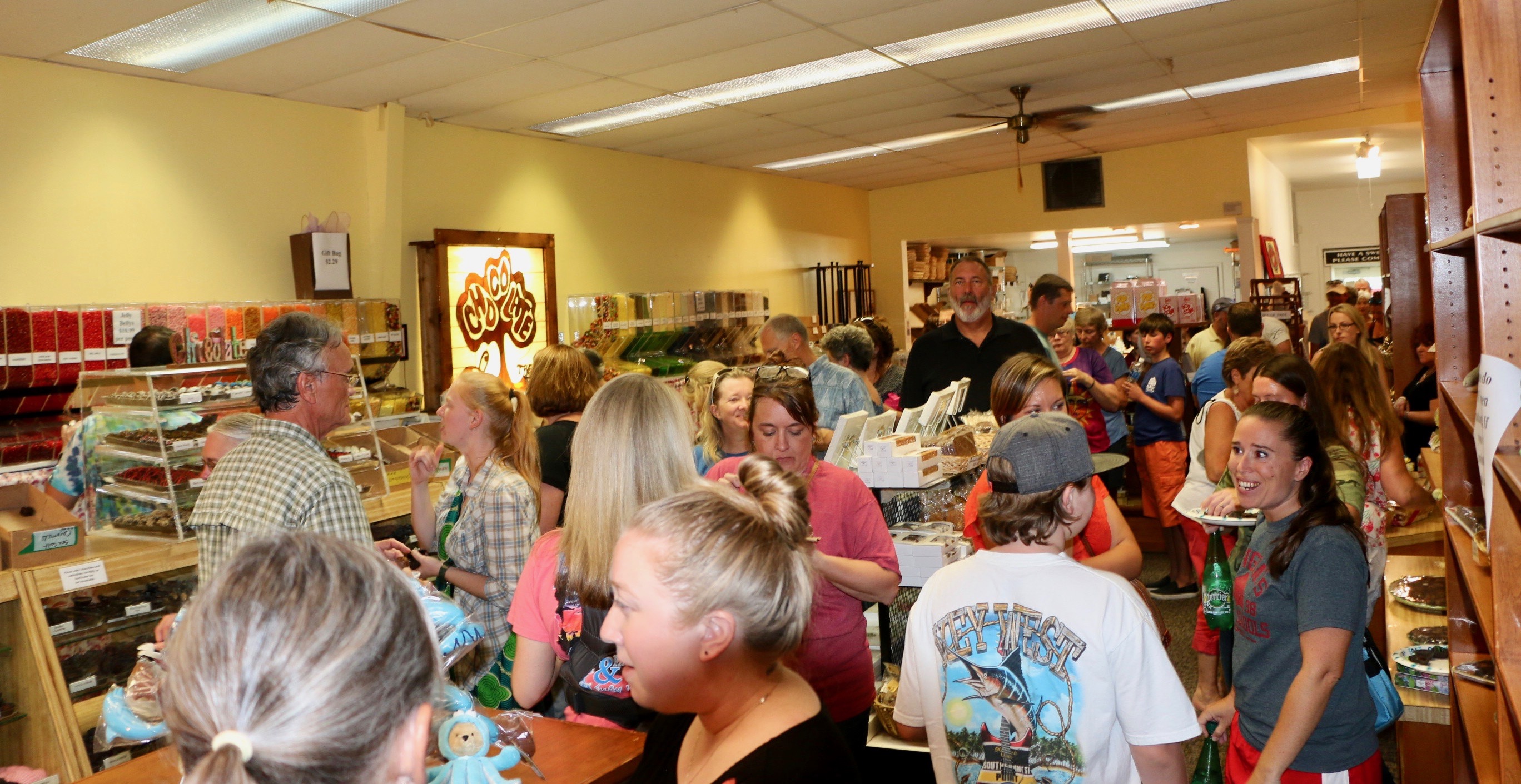 All You Can Eat Night at The Chocolate Tree served up its 33rd installment on Friday night.

It was a hot August day in the 1980′s.  Pat Green, the original owner of The Chocolate Tree, was struggling to pay her electric bill.  With the Mid-August heat in Beaufort, she knew that if she did not come up with something then all of her delicious chocolates would turn to soup.  So, she invited some of her closest friends into the shop for a private party, allowing them to eat as much of the goodies as they wished for one price.

That was how another fabulous Beaufort tradition was born. The all-you-can-eat night at The Chocolate Tree has been going strong ever since.

Friday evening’s shoulder-to-shoulder turnout marked the 33rd year of this social event according to Gene Green, the current part owner.  Many of the patrons who attend this gala return year after year and can been seen sporting their commemorative t-shirts from years past.

Milk, water and soda were all available, as was wine only if YOU bring it (of course, what’s a belly full of chocolate without wine?), and the event certainly had a festive atmosphere.

Attendees were even treated to a demonstration on how the local chocolatier makes its homemade peanut brittle from scratch. 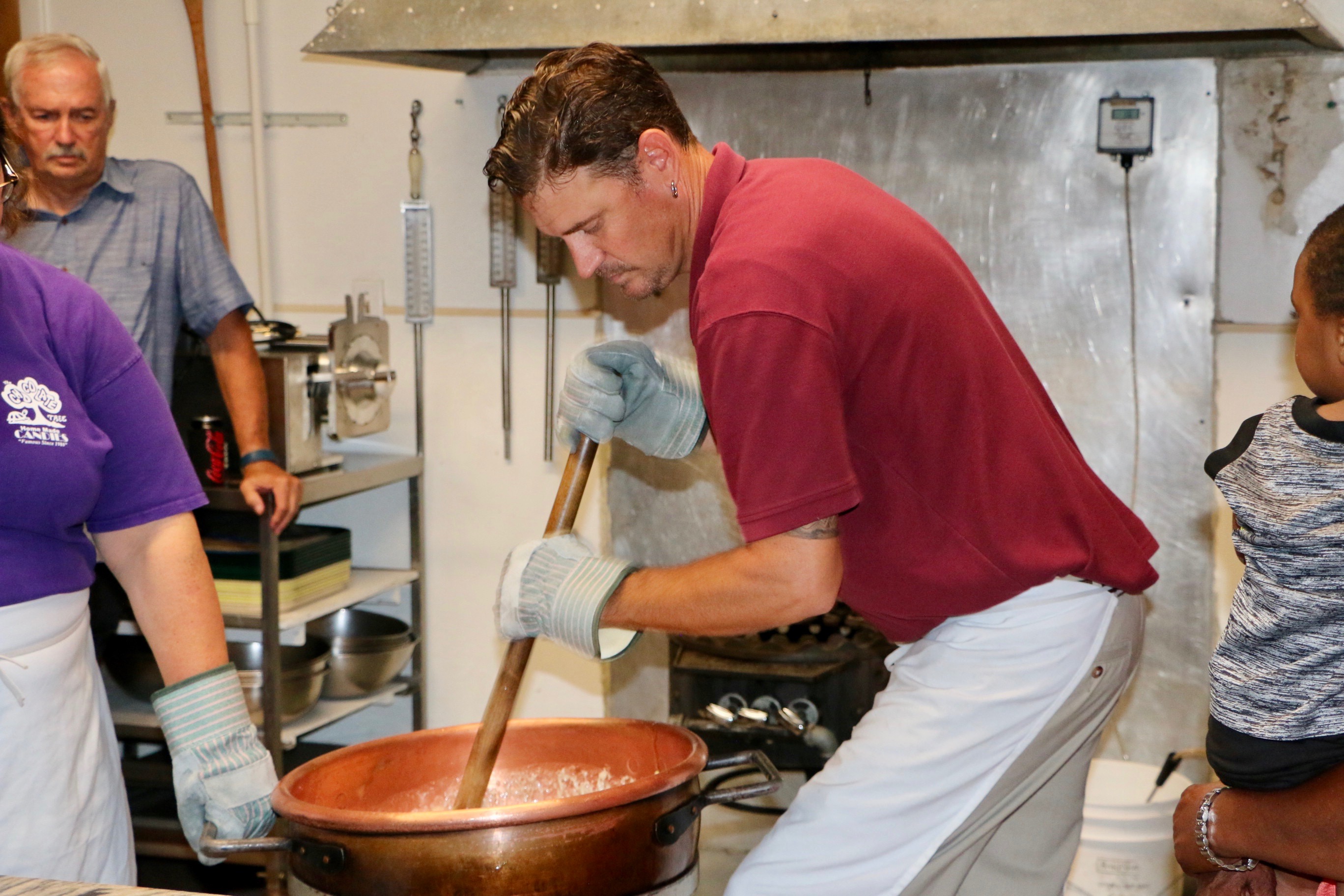 Of course beside making peanut brittle Gene was running around taking care of everyone, and he and the fine staff were making sure the customers were all happy and have had everything they need. Then they spent time entertaining everyone with a behind the scenes demonstration of how they make peanut brittle and other tasty treats, wowing the crowd with a sight they normally wouldn’t get to see.

There were Beaufortonians of all ages in attendance because this event is indeed for everyone, from young children to senior citizens.

After all, who doesn’t love chocolate? 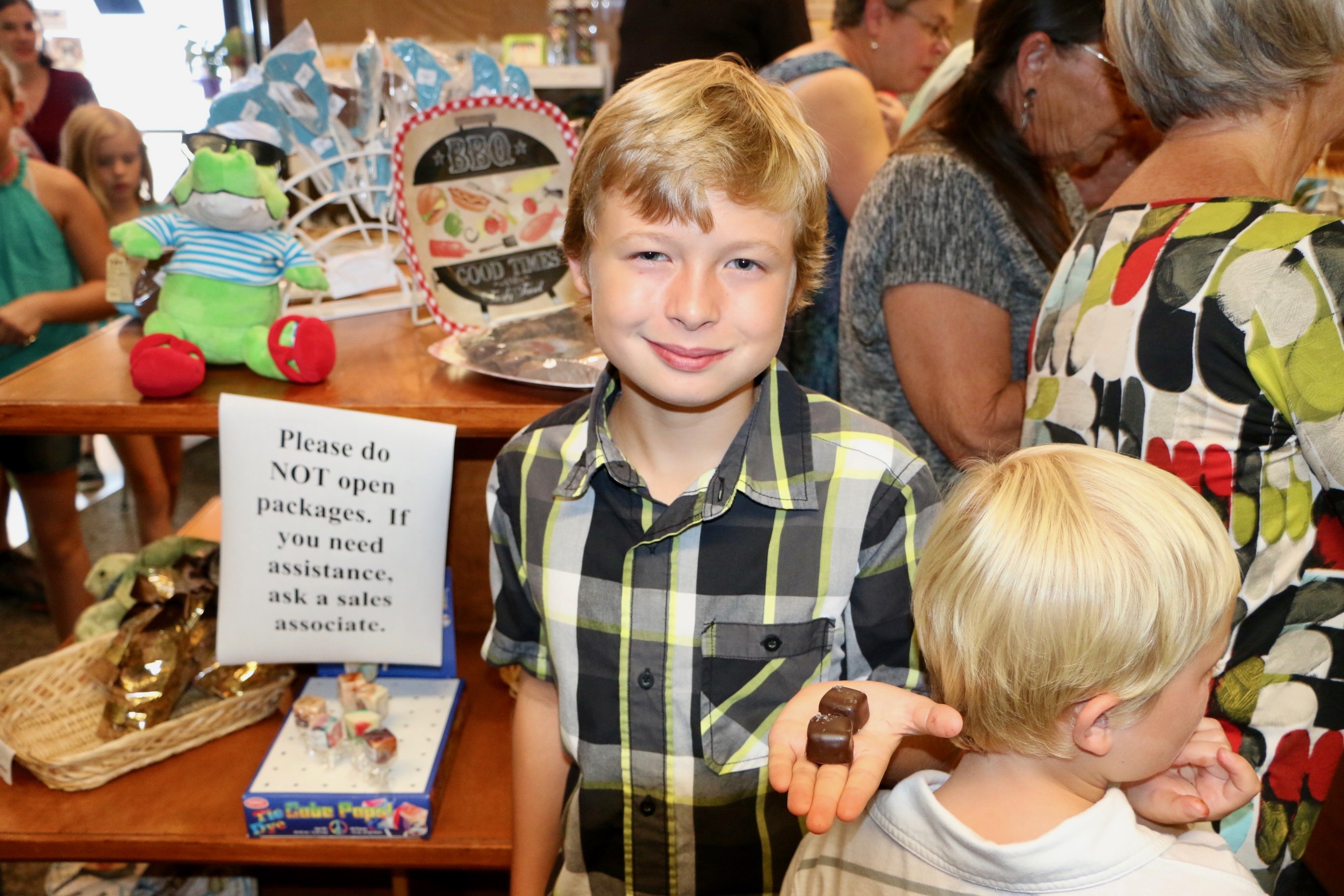 The Chocolate Tree sells 225 tickets for each event and either sell out or “come really close to it”, claims Green. It takes the store 3 weeks to prepare for an event of this magnitude.  They go through roughly 500lbs of sugar, 250lbs of corn syrup and approximately 400lbs of chocolate… and LOTS of happy faces.

If you have a insatiable sweet tooth, you definitely do not want to miss this party in the hot Lowcountry Augusts to come.

For dozens more photos of the night of fun, visit our Photo Gallery.
Photos by ESPB/Jessica Miller 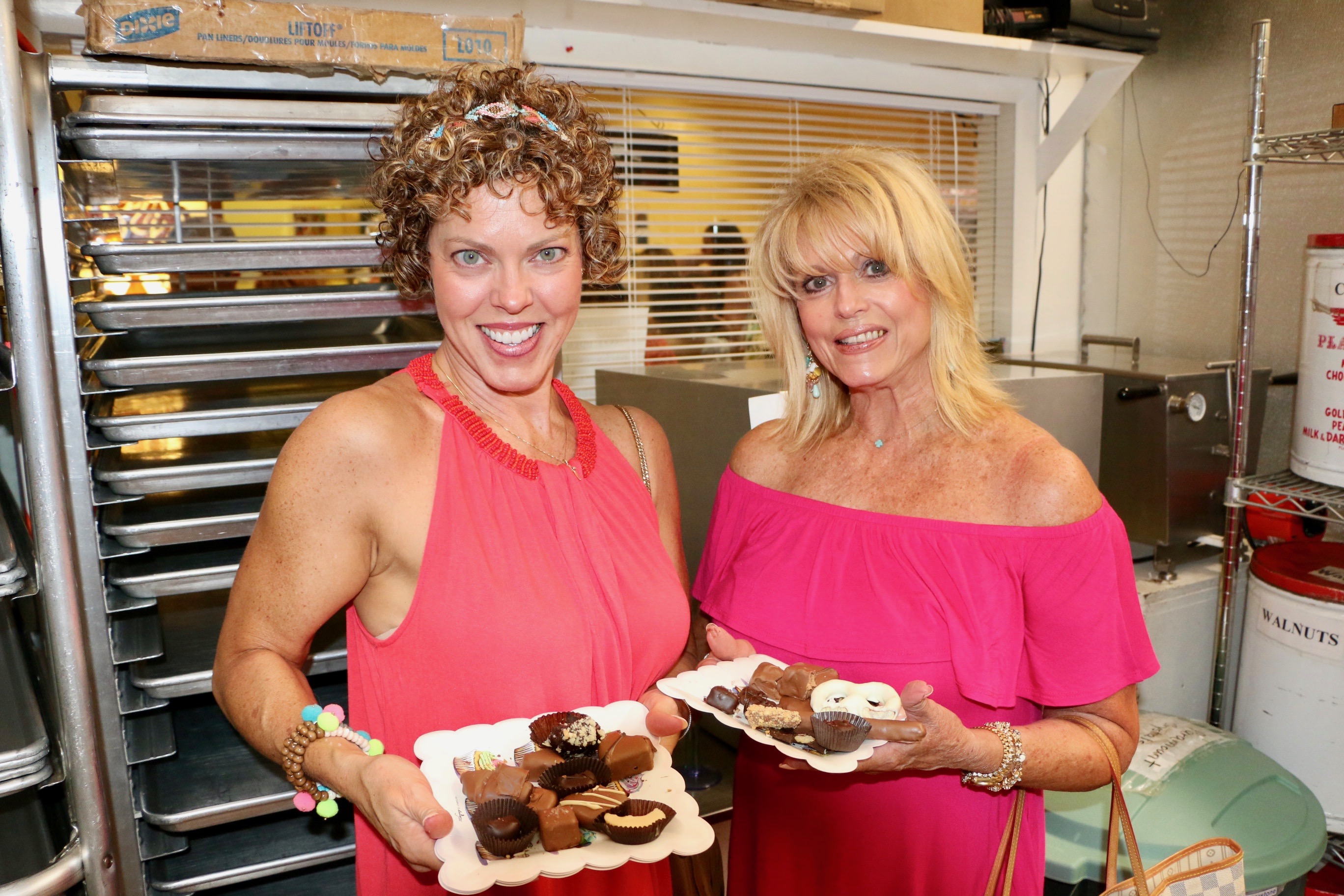 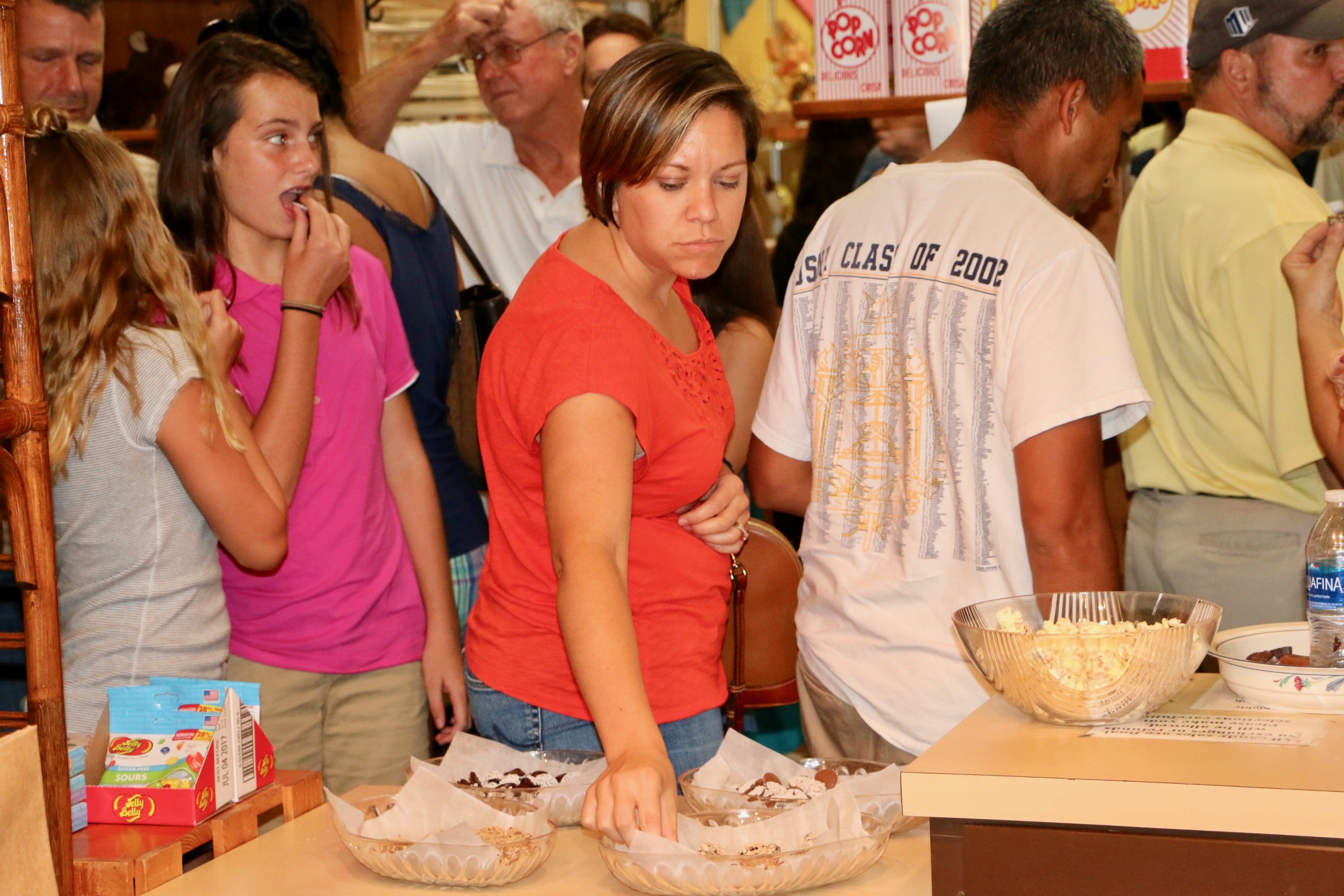 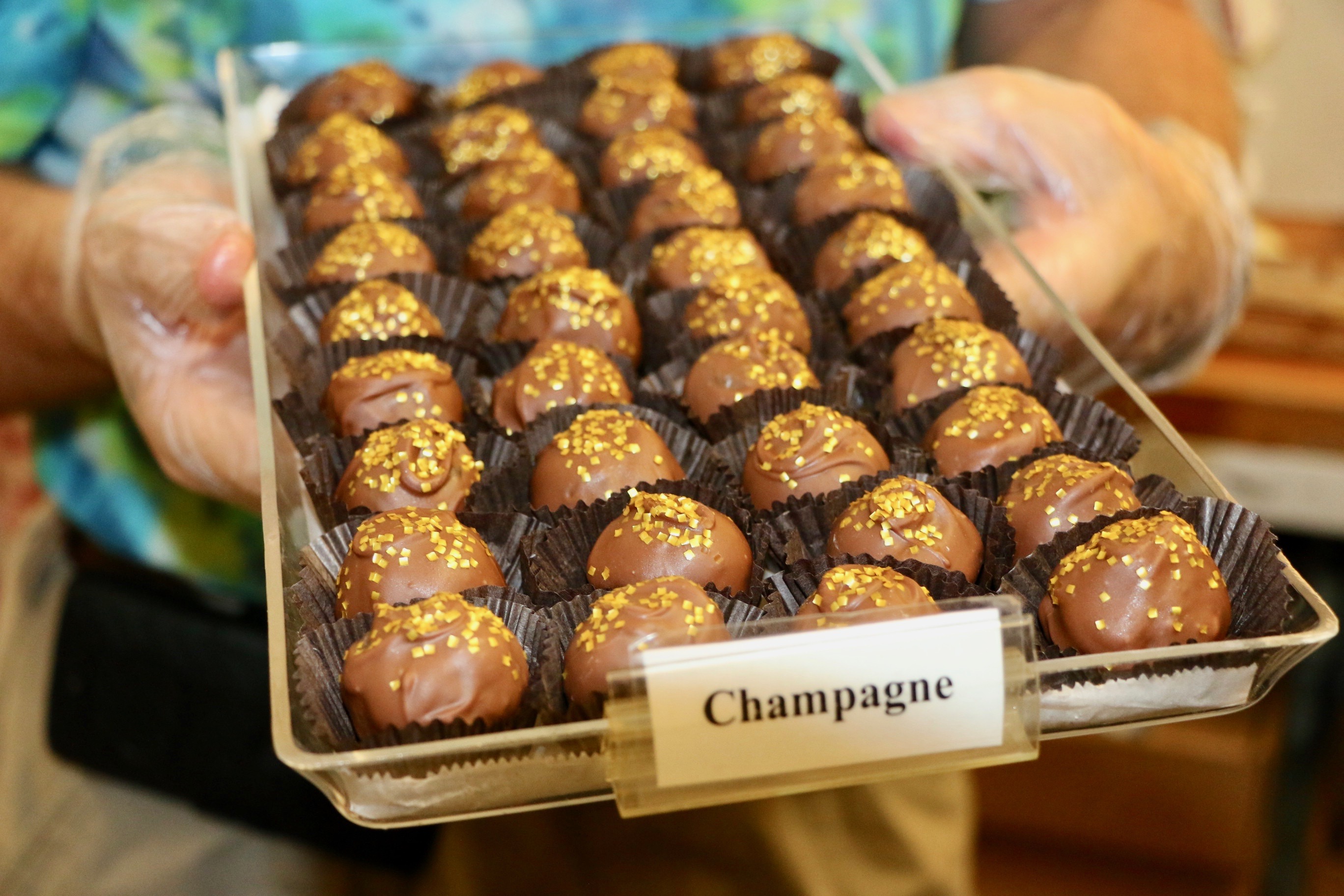 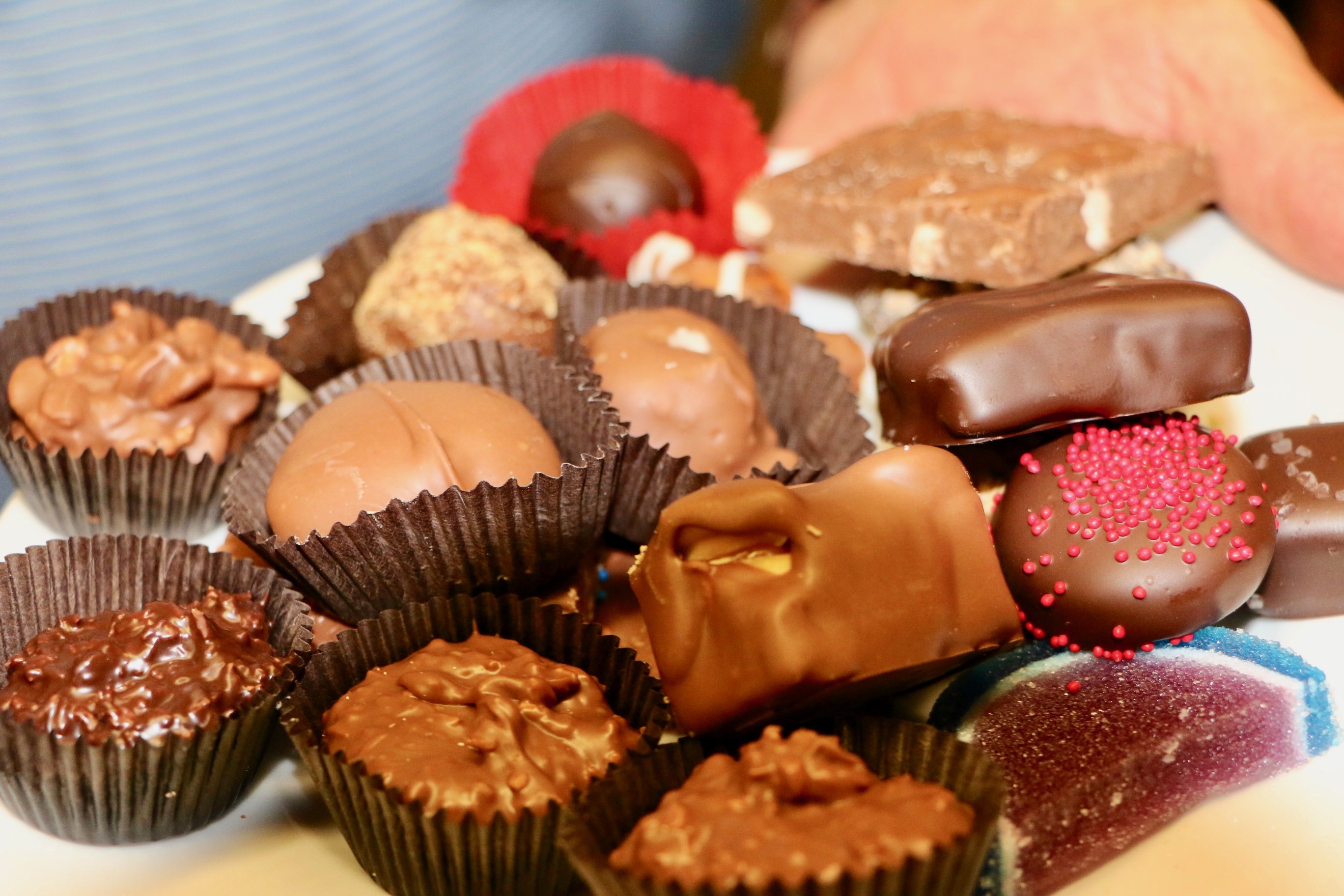