The 64th Annual Beaufort Water Festival is excited to announce Tyler Farr as the main act for the 2019 Concert in the Park.

Check out his official website and listen to some music at http://tylerfarr.com

This is sure to be a great concert so go to http://www.bftwaterfestival.com and buy your tickets today! 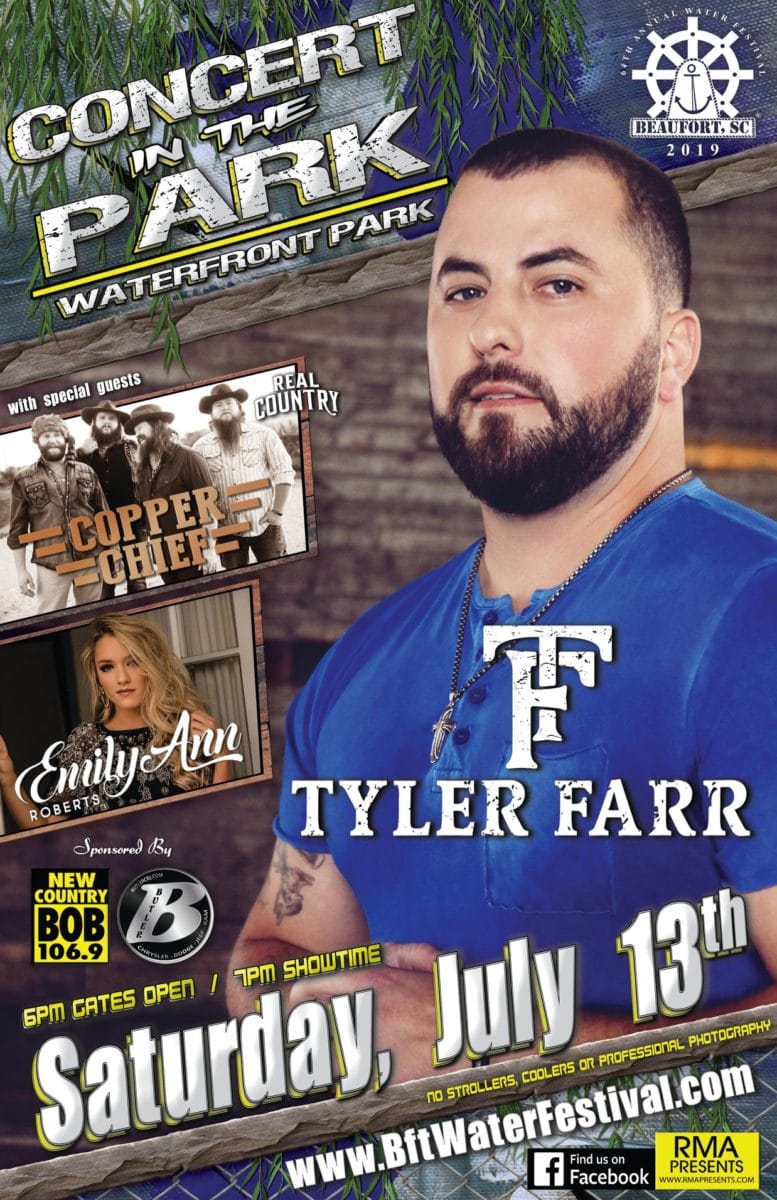