Beaufort Sandbar Concert is back on the river July 13, 2019!

The 4th Annual Beaufort Sandbar concert is back and better than ever!

Beaufort is already in love with summers on the Sandbar. Having a huge concert in the water every year just makes it that much better!. The 2019 Beaufort Sandbar concert lineup includes singer/songwriters Abby Linsdey, Nick Alligood, Shane Snightman and annual headliner Pat Cooper. Grab some sunscreen and your favorite koozie and make plans to load up the boat this summer for a good ol’ time on the sandbar.

A native of Thomson, GA, Pat Cooper has always been drawn to all things Southern, family and music. Appreciating the little things in life – days at the lake, cold beer and a few friends to cut up with – Cooper is a simple man with endless dreams. Inspiration behind his music stems from his experiences growing up in a small town, to relationships to his motivation to “bring the real country of the old days back.” “The 1990s to the early 2000s were, in my opinion, the best years of country music ever,” says up-and-coming singer-songwriter Patrick Cooper. “I appreciate the emotions and feelings that those songs made you feel. I’d like to bring that fire of country back!”

Abby Lindsey is a singer/songwriter born & raised in Van Buren, AR. Being a native of the south, she was no stranger to the good ole country classics which would come to inspire her dream to be in country music. She moved to Nashville after college and has been hitting the ground running writing and singing her way around town. She’s been fortunate enough to write with some incredible talents who have had successful songs with artist such as Wynonna Judd, Bucky Covington, Gary Allen, Garth Brooks, & Tenille Arts.  Abby Lindsey’s debut release due out late summer/early fall. Learn more about Abby and hear some of her music at http://abbylindseymusic.com

Nick Alligood is a southern-born force that cannot be denied! Hailing from The Peach State, he stands in great company with some of the industry’s most prominent artists, songwriters, and musicians. Since day one, Nick has been anxious to “fill the boots” of the artists that have paved the way for today’s more modern country sound, without straying from his true roots. In only his second year as an artist, Nick took home the award for Male Country Artist of the Year at the 2014 Georgia Music Awards. Most recently his song “When I Get There” sang by fellow Georgia boy, Trea Landon, debuted on SiriusXM’s The Highway! Nick proves country isn’t just a sound. It’s a state of mind. Learn more about Nick and hear some music at http://www.nickalligood.com 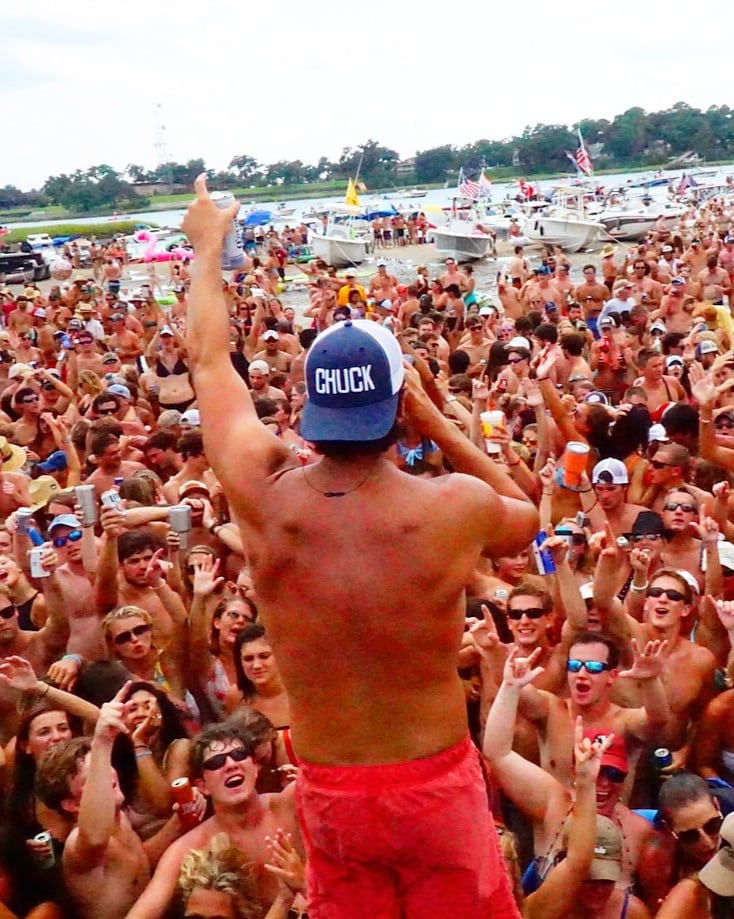 Beaufort natives Blake Gruel and Jarrett Owens came up with the idea for the concert in the spring of 2016. Gruel reached out to Cooper, his frat brother at the University of South Carolina and the rest was some super-fun, wet and wild history.

“The first year the concert was held on the first Saturday of the Beaufort Water Festival which was a perfect low tide day for all of us to enjoy,” Owens said. “Last year’s concert date gave us a high tide at 2pm at the sandbar. Holding the concert on July 14th this year, the tides are in our favor for a day of fun in the sun.”