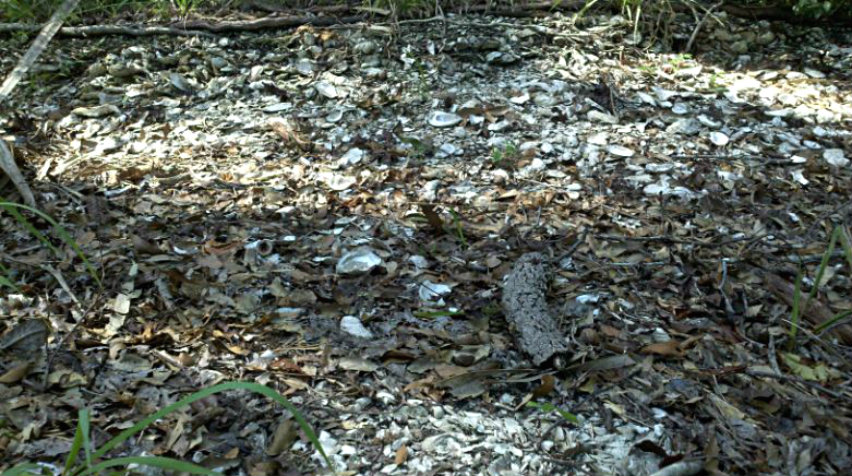 Out on Coosaw Island off of SC 802 there’s some very ancient history that seems to be seldomly talked about.  Sitting on a piece of this tiny and sparsely-populated sea island is the South Bluff Heritage Preserve.  The preserve happens to be the home of the remains of four early Native American Shell Rings dating back approximately 4,000 years.

How’s that for history?

Take a couple of hours out of your day for a local adventure because this ancient and historic site is well worth taking the time to see.

Shell rings are circular or semi-circular mounds of mostly oyster shells surrounding level areas lacking shell, typically even bare ground.  They’re the earliest large-scale architecture built along the US coast.  With 17 known shell ring sites and 25 individual shell rings, impressively South Carolina has more than any other state.  The ‘Coosaw rings’ are one of three known shell ring complexes at which two or more shell rings were built next to eachother, serving as tribal centers around which important trade, communication, and political relations revolved in early Native American culture.

The Coosaw rings are a recent discovery involving a number of archeologists, agencies, and of course locals.  Discovered in 2000, the four shell rings in all make Coosaw Island’s site one of the most complex shell ring sites in the US.  In addition to the Shell Rings, the preserve protects a beautiful coastal marsh, a pristine maritime forest, and some rare and uncommon species of plants and animals.

Typically, shell rings began as a village or a camp whose homes made of branches and leaves were placed in a circle surrounding an empty space or plaza.  In the plaza, public communication and ceremonies were held.  Plazas were places where people talked to each other, traded items with kin and neighboring tribes, and held ceremonies such as dances and weddings.  Feasting occurred in the plaza and the refuse of meals was discarded by placing it in large piles in the circle.  The size of the mounds suggests that they were primary places of feasting and

ceremony which allowed them to achieve their great size.

Throughout their uses as villages and ceremonial sites, shell rings also served as public monuments.  The placement of rings at prominent places along water courses and their large sizes also serve as markers of the tribe’s territory.  Once the rings were no longer used for ceremony, the rings continued to function as tribal property markers, monuments to past successful ceremonies, and reminders to ancestors.

feet in height.  The conjoined rings extend for over 300 feet and are nearly six feet high.  Radiocarbon dates from all of the Coosaw rings indicate construction began about 3,800 years ago.  Dates from the top of the ring indicate the site was abandoned about 200 years after it was created.  Ancient pottery, points, tools and other artifacts have been carefully removed from the site by archieologists and the preserve is under the operation of the South Carolina Department of Natural Resources.

If you visit the site, located at the end of Friendship Lane, just plan on walking a few trails, as you’ll arrive at the rings in a few minutes after leaving the information exhibit.  Just past the first site there’s a bench for 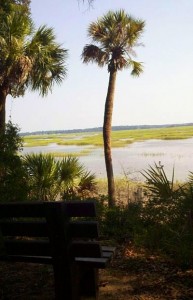 sitting and admiring the seaside view from atop the bluff, and you can even see Dataw Island Marina across the water.  Grab a seat on the bench and enjoy the view, the wildlife, and perhaps even think of how life was like back then at that same exact spot…some 4,000 years ago.  Words cannot describe the peace and tranquility of this site.
From there, the trail loops back around to the remains of another of the rings, which is barely visible due to years of erosion and farming practices.

Just please be very careful and do not walk on the shell rings or disturb the ground surface at the sites.  It’s a piece of history for all of us to enjoy. 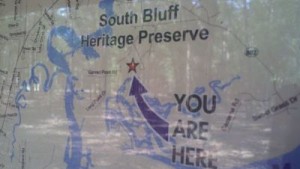