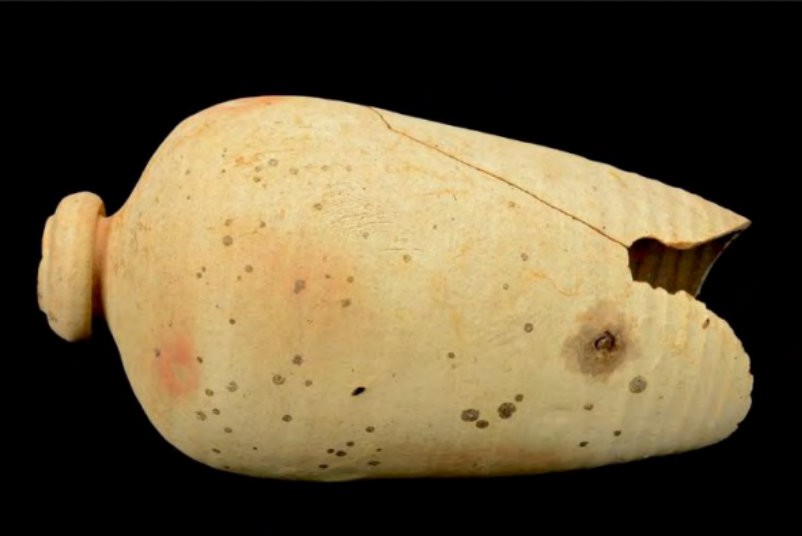 The Marine Corps Recruit Depot – Parris Island South Carolina released a conservation report describing a ceramic Spanish artifact believed to be hundreds of years old. A local commercial fisherman, operating under a state permit, made the discovery in the shallow waters off Parris Island. At the direction of Parris Island, and with the assistance of the fisherman and the Santa Elena History Center, the artifact was delivered to the South Carolina Institute of Archaeology and Anthropology (SCIAA) for assessment and conservation.

The earthen vessel is believed to be an “olive jar” left behind from the Colonial settlement of the Port Royal region. The storage container is a “Middle Style” olive jar that would hold 15 liters and were produced in large quantity by Spain from 1580 to 1780. The Spanish olive jar was the primary container used for shipping commodities from Spain to the colonies across the Atlantic during the 16th through 18th-centuries. As large containers, olive jars transported a variety of contents, including bullets, capers, beans, chick peas, lard, tar, honey, wine, olives in brine, and olive oil. 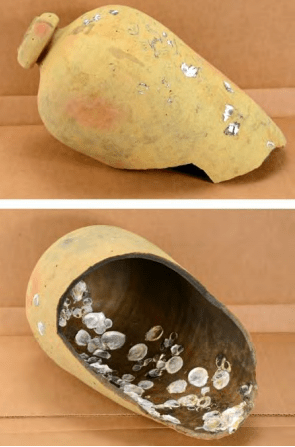 Such vessels were commonly used by settlers at Santa Elena, the 16th Century Spanish town established in 1566 on present-day Parris Island.

Dr. Andy Beall, chairman of the Santa Elena Foundation commented, “How wonderful that the largely untold story of early European exploration and settlements in our community continues to emerge. This exciting discovery adds to what is known about our local history. Everyone is very grateful to the Marine Corps for caring for this significant artifact.”

With regard to jurisdiction and ownership, the waters surrounding Parris Island are unusual. By virtue of a Presidential Proclamation in 1918, the river bottom belongs to the federal government out to the channel, in both the Beaufort and Broad Rivers. Consequently, the Commanding General is responsible for ensuring cultural resources on and around Parris Island are appropriately protected, preserved, and shared with the public. Parris Island works cooperatively with State agencies to manage the natural and cultural resources within those boundaries.

In the event of a discovery of an artifact in South Carolina, you should promptly contact the South Carolina Institute of Archaeology and Anthropology: Mr. Jim Legg, Terrestrial Archaeologist, leggj@mailbox.sc.edu or Mr. Jim Spirek, Underwater Archaeologist, spirekj@mailbox.sc.edu. They will ensure that the appropriate personnel are involved and the correct actions are taken to preserve the area’s rich history.
To learn more about the Parris Island Museum visit www.parrisislandmuseum.com and more about the Santa Elena History Center, please visit http://santa-elena.org.