Scientists have recently discovered a new species of shark off of the South Carolina Coast and have named it the ‘Carolina Hammerhead’.  It’s been identified patrolling the waters in Charleston Harbor, Bull’s Bay and more locally to Beaufort in St. Helena Sound.

The new species of hammerhead grows to 11 feet long and weighs up to 400 pounds.  It’s not much different than the well known scalloped hammerhead that is more abundant in SC coastal waters other than it has less vertebrae.

Carolina and scalloped hammerheads are the second largest hammerhead sharks found in South Carolina’s waters, behind the great hammerhead. 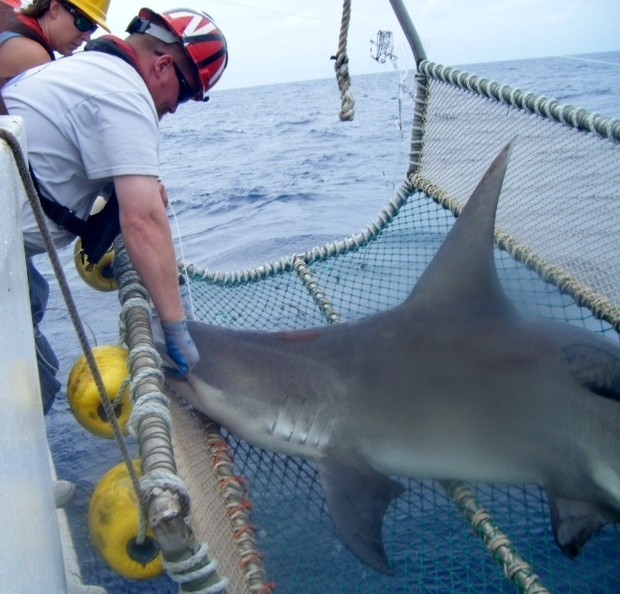