Beaufort Rocks spreading joy across community one stone at a time 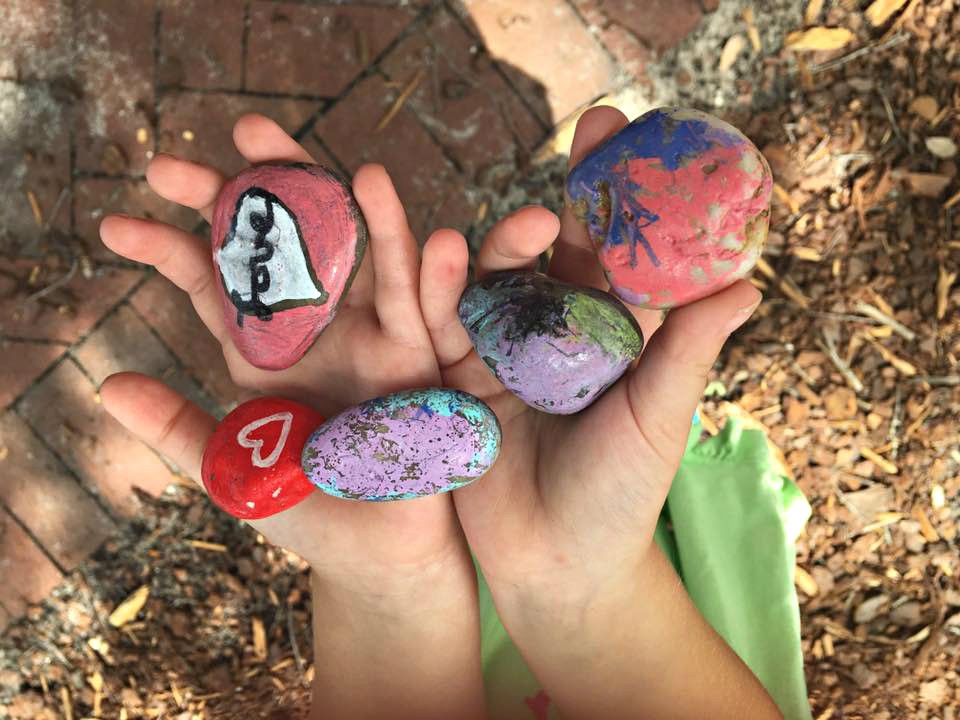 Have you noticed painted rocks laying in random spots around Beaufort? You can bet they’re there for a reason. Local creative do-gooders in the Beaufort area are out to spread a bit of happiness through small hand-painted rocks. And now, they’ve formed their own community group on Facebook. aptly named Beaufort Rocks!

Locals are having fun painting them and then hiding them all over town and then posting photos of the rocks and giving hints to where they’re hidden. Then, others go out and try to find them, and then post in the group when they’ve been found, only to rehide them again. Many of the rocks have inspirational messages painted on them, others are colorful. The rocks are meant to brighten someone’s day.

So what exactly is the purpose behind the group and what is it that they hope to accomplish? It’s simple, really. By joining Beaufort Rocks! it’s your mission to make someone’s day in the form of a hand-painted rock given a friendly face or an inspirational message. Of course, you’ll then have to anonymously leave the painted stone in a public place around town, but that’s the fun of it.

It’s been described as a constant year-round community-wide Easter egg hunt that results in community-building. And, the kids absolutely love it. 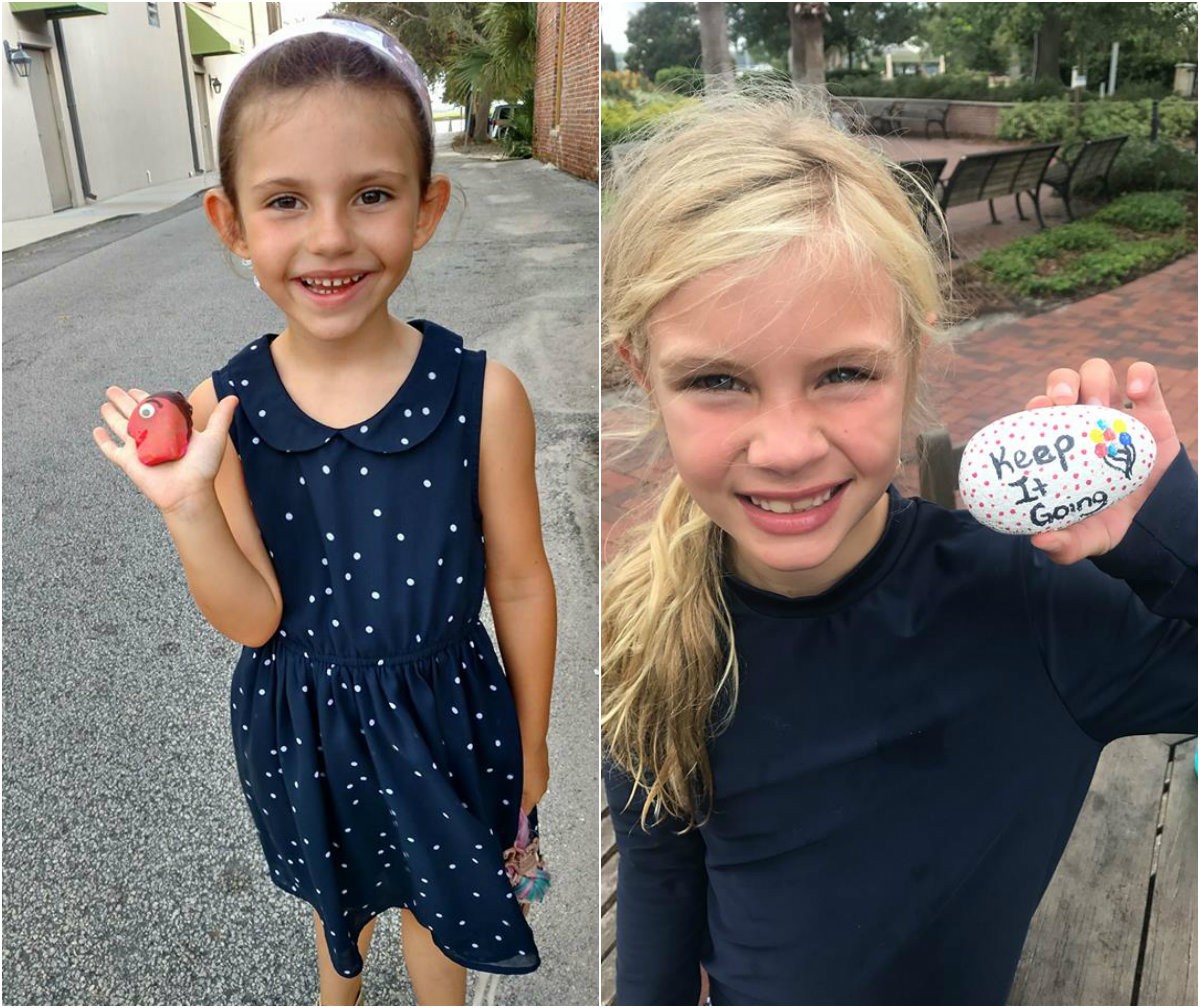 It’s not just happening here. Groups are popping up everywhere from Beaufort to Buffalo and from Savannah to Seattle and there’s estimated to be more than 500 rock painting groups formed across the country. It’s also spread around the world with groups in Europe, Australia and even in Africa and South Korea, too. A large movement called the Kindness Rocks Project is believed to have started it all, in early 2016, but nobody is really sure. While the process of painting the rocks as well as finding the rocks can be an introspective process, the goal was simply to inspire others – both through the art on the rock and through the random act of kindness.

“We saw it in other places and decided to bring it here to Beaufort,” LaCrista said. “We wanted to do it to have fun with our children and give them something good to do.”

The group has really taken off and now has over 2,000 members. Tara has since moved away from town going to the next duty station with her husband and LaCrista is running the show by herself.

“We’re having lots of fun with it”, she said. “I have four children and it’s been a great way to get them outside, not to mention sitting around the table together as a family and painting the rocks.”

LaCrista let us know that the downtown waterfront playground and Henry C. Chambers Waterfront Park, Pigeon Point Park and the playground at the Naval Heritage Park in Port Royal are among the most popular local spots where the rocks are hidden but, “they can be found everywhere. We’ve seen them in local restaurants, grocery stores too. You never really know where they’ll be.”  Also, as a spin-off of the rocks, folks are starting to paint seashells and leave them around Hunting Island State Park and beach area.

She also sees the family and community value behind it. “Being a military spouse it’s just not that easy to make friends in the area and, personally speaking, it’s helped us to make many friends and to spend some quality time together as a family. It’s fantastic to be able to put smiles on other children’s faces,” she said. 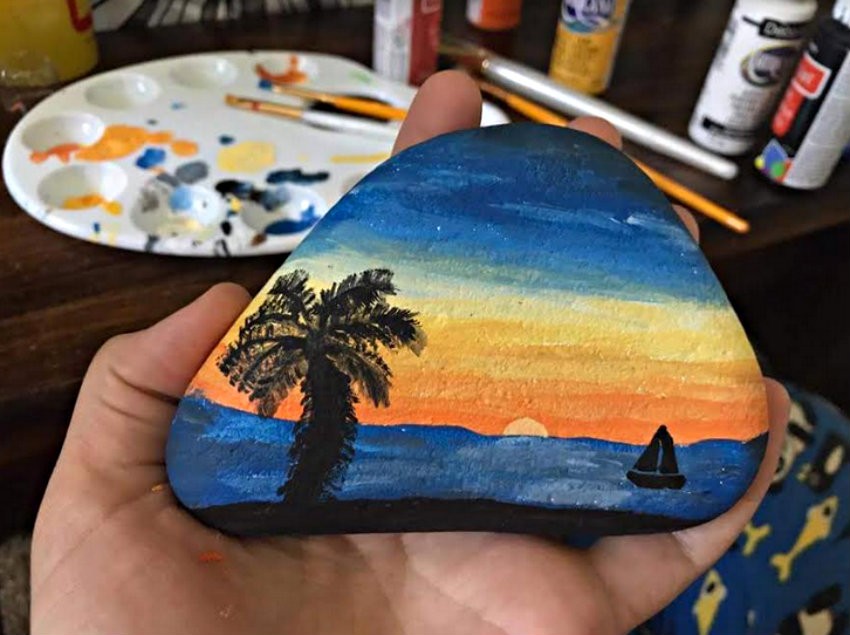 “Plus, some folks are becoming very competitive with the painting and giving their all. It’s bringing out the creativity in lots of locals.”

Members cite the joy of spending creative time with family and friends, of giving back and spending time in nature. And then there’s the age-old appeal of a treasure hunt: Families are walking streets, scouring local parks, searching trails and even climbing playground equipment to find a certain rock that was posted with a clue.

LaCrista, whose husband is a Drill Instructor at Parris Island MCRD, knows she will eventually be leaving Beaufort behind. “We’ve got two years left. I plan on making them fun for our family and our community, then passing the group along to someone else to carry it on.”

Beaufort is a special place full of special people and the rock project is certainly right at home in a community like ours. 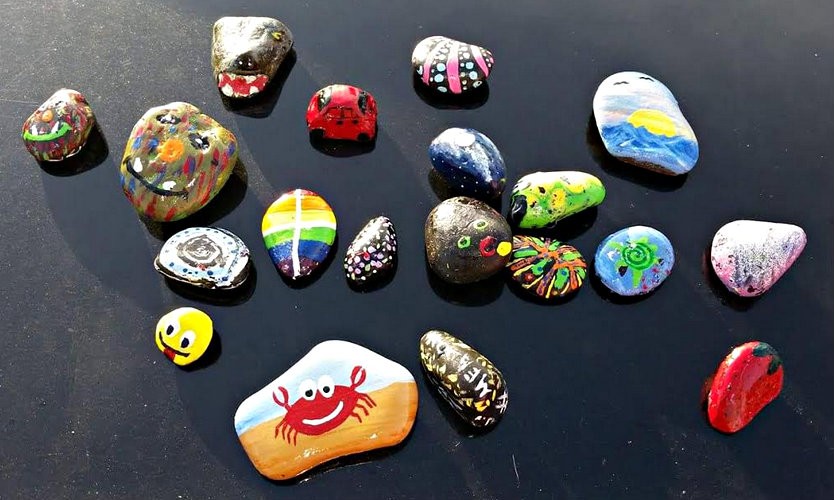 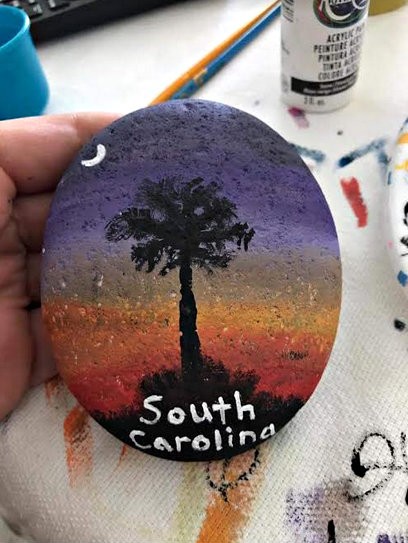 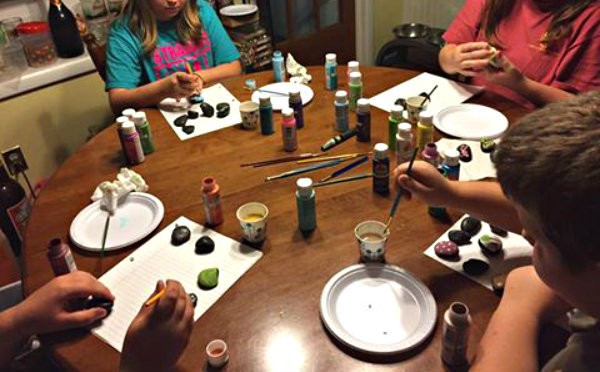