Local author Pat Conroy has announced that he is undertaking a new endeavor. No it’s not the next foundation for another popular movie, or a new publishing company. It’s not a book either.

In a press release in his blog at PatConroy.com, the venerable Lowcountry author said, “I’ve just opened a place of business in downtown Port Royal, South Carolina. It is an odd thing to be doing at my age. There is nothing on my resume that indicates I’ll be successful in this unusual endeavor. But I’m doing it because there are four or five books I’d like to write before I meet with Jesus of Nazareth – as my mother promised me – on the day of m untimely death.”

“Three years ago I nearly died from my own bad habits. At my lowest point I made an awkward vow to myself that if I could survive the crisis, I would try to improve my complete lack of dedication to my own health.”

So he and the personal trainer he met and has been working with at the Beaufort YMCA, Mina Truong, are opening Mina & Conroy Fitness Studio at 832 Paris Avenue in Port Royal. 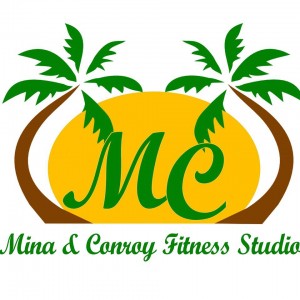 Pat also wrote, “I warned Mina that if my photograph ever appeared on any advertising, she would not have a single client. I’m not a good walking advertisement for a fitness studio, I explained.”

“Mina & Conroy is small, intimate, and a perfect place for me to spend part of the day for the rest of my natural life. We are having an open house on April 3, from 4 – 7 in the evening, and I’m inviting anyone who’d like to come to be Mina’s and my guest. Cassandra King and I will be signing books and I might invite some of my other writer pals to come as well. There will be wine and cheese and we’ll try to have a ball.”

A ball it will be, indeed.  We’ll see you there.